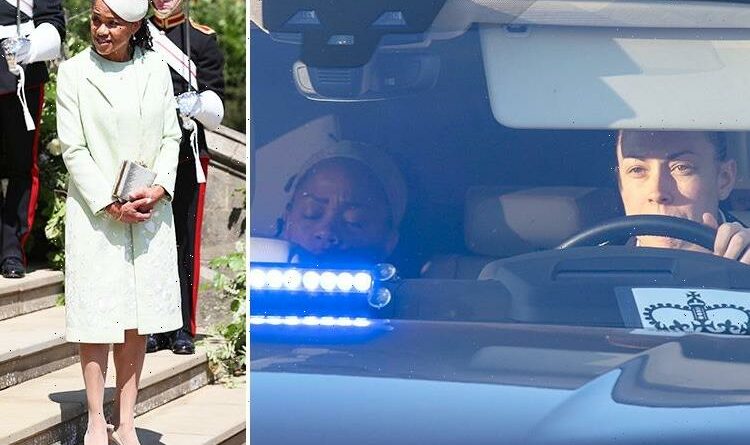 MEGHAN Markle’s mum was spotted taking a “power nap” during her quick journey to the Royal Wedding reception.

Doria Ragland, 61, appeared to have a doze as she made her way from St George’s Chapel in Windsor Castle to Frogmore House, where she celebrated her daughter tying the knot to Prince Harry. 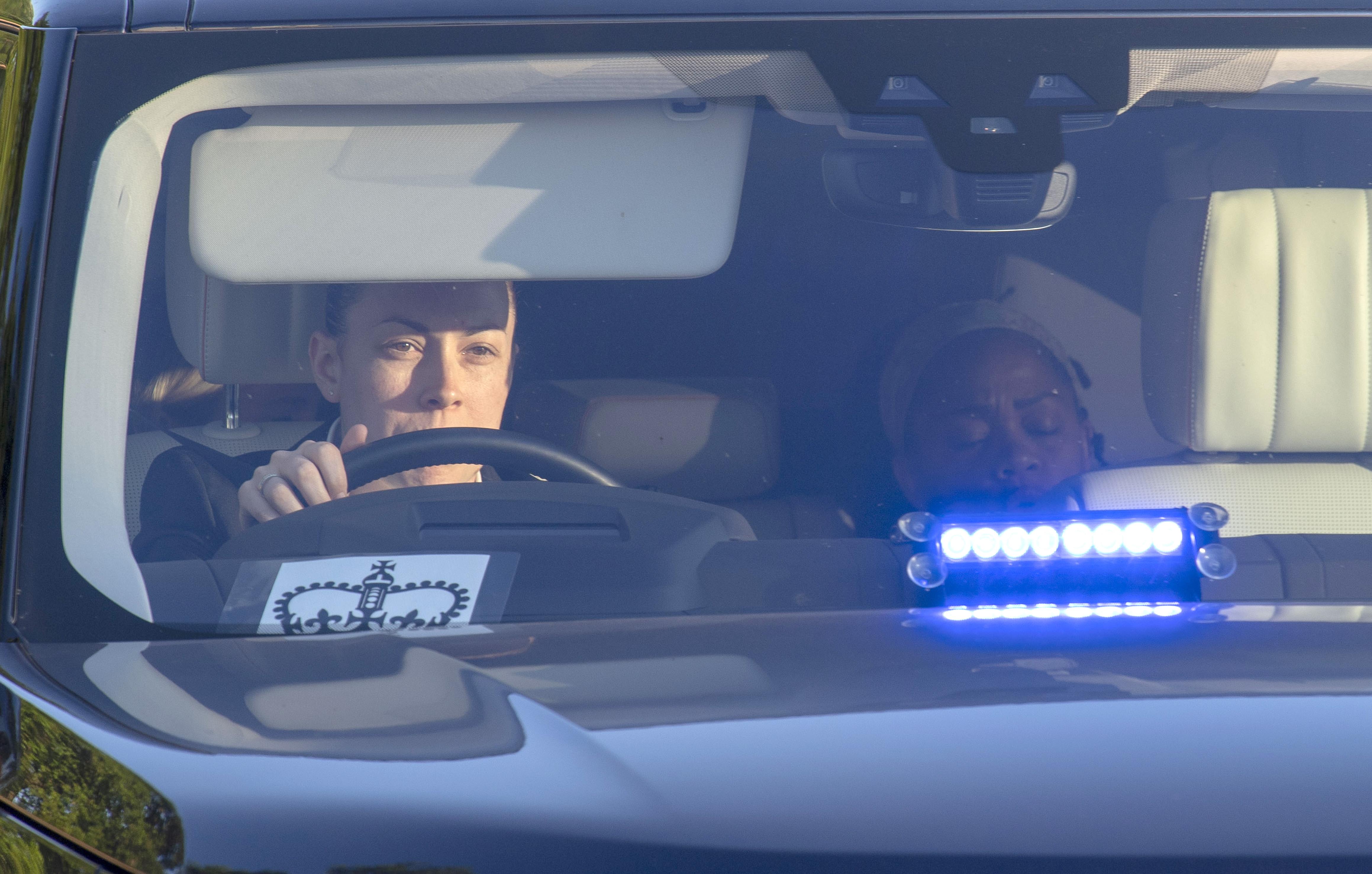 It is not entirely clear if Doria was having a nap or had just closed her eyes to grab a few seconds of calm.

However, the wedding was the end of a whirlwind week for the mother of the bride, who flew in from America to support her daughter.

She had tea with the Queen on Friday and also met Prince William and Kate Middleton.

Doria was said to have "charmed" the Prince of Wales and Camilla, Duchess of Cornwall, during the meetings in private apartments in Windsor Castle, before spending the night with Meghan at Cliveden House.

Mum and daughter then made the journey to St. George's Chapel together, where Harry caught side of his bride for the first time. 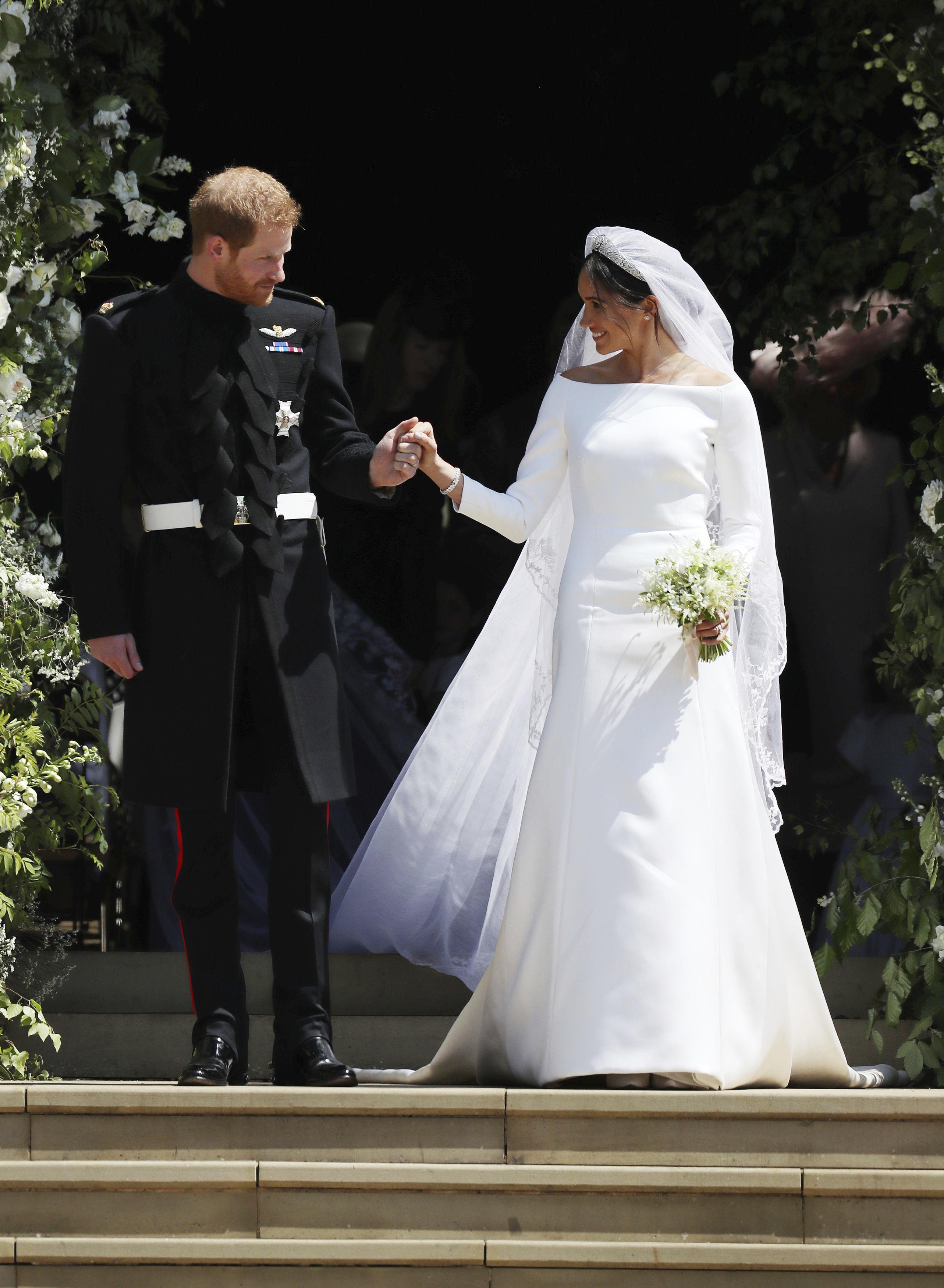 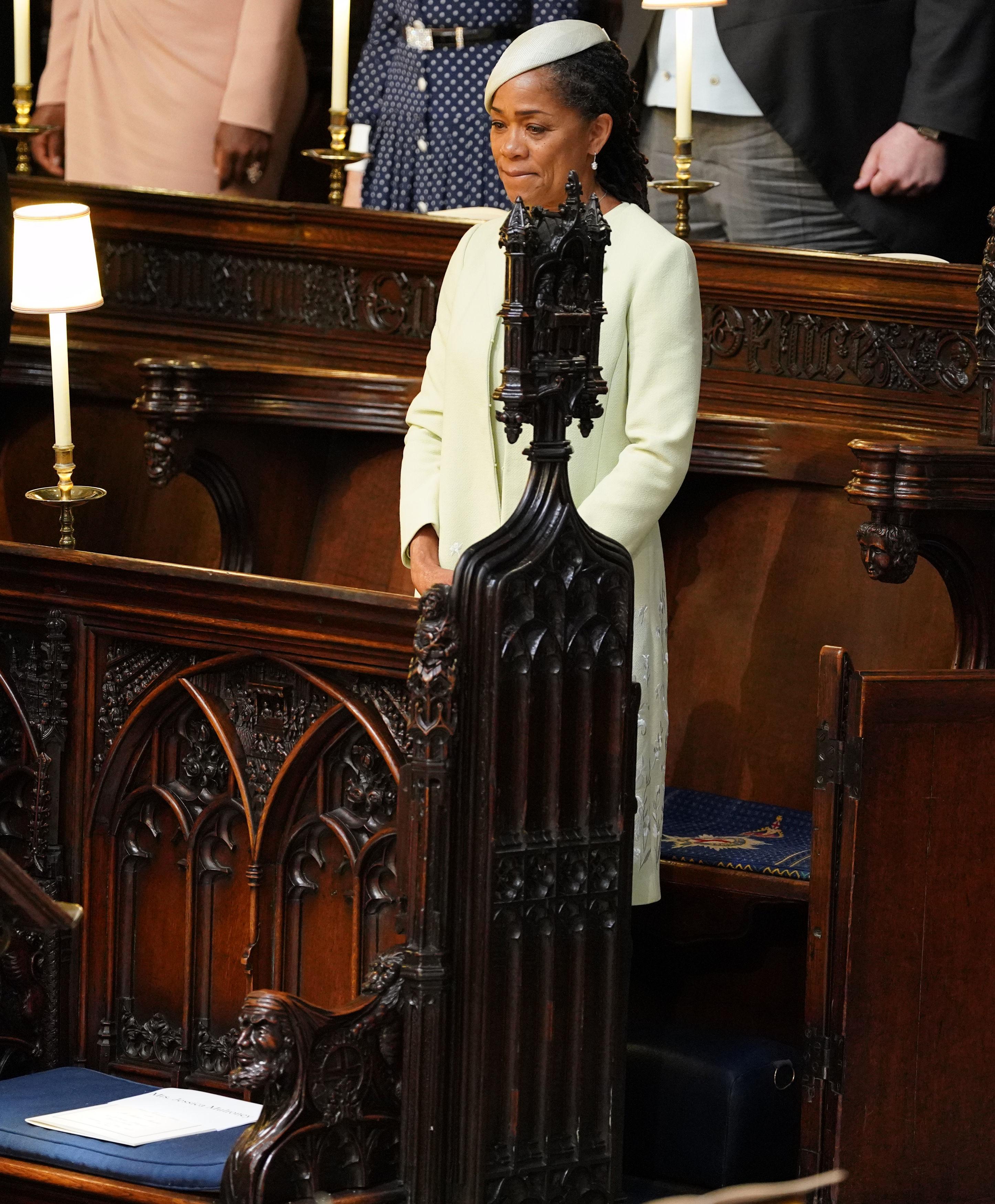 The mum of the bride was a similarly big hit with audiences around the country as she watched on alone during the ceremony – after Meghan’s dad Thomas Markle pulled out following a heart operation.

She struggled to hold back tears and at one point Harry turned and caught his new mother-in-law’s eye to give her some reassurance.

Touchingly, when the time came for Doria to witness the signing of the register, Prince Charles offered her his hand as she walked up by herself. 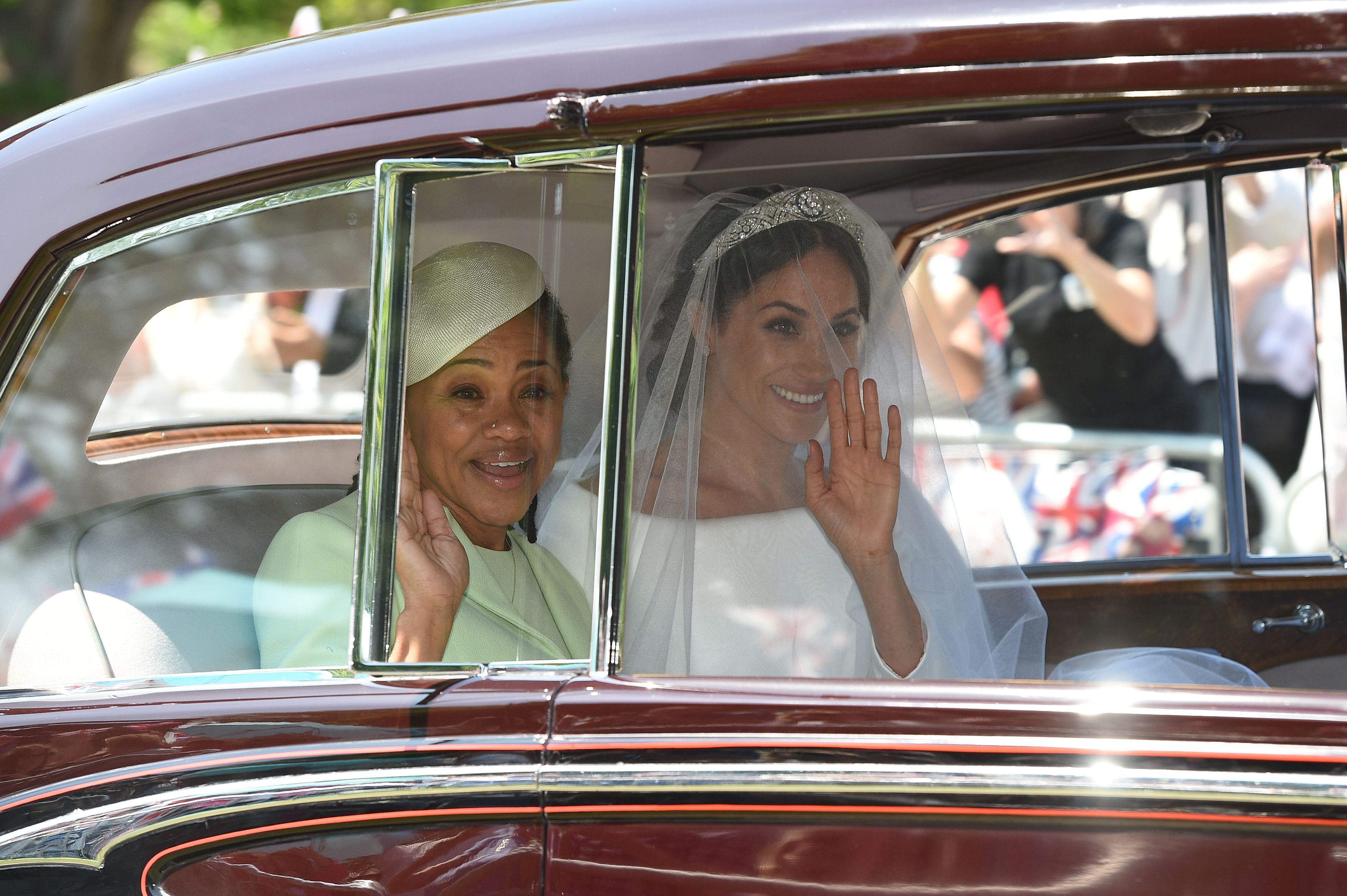 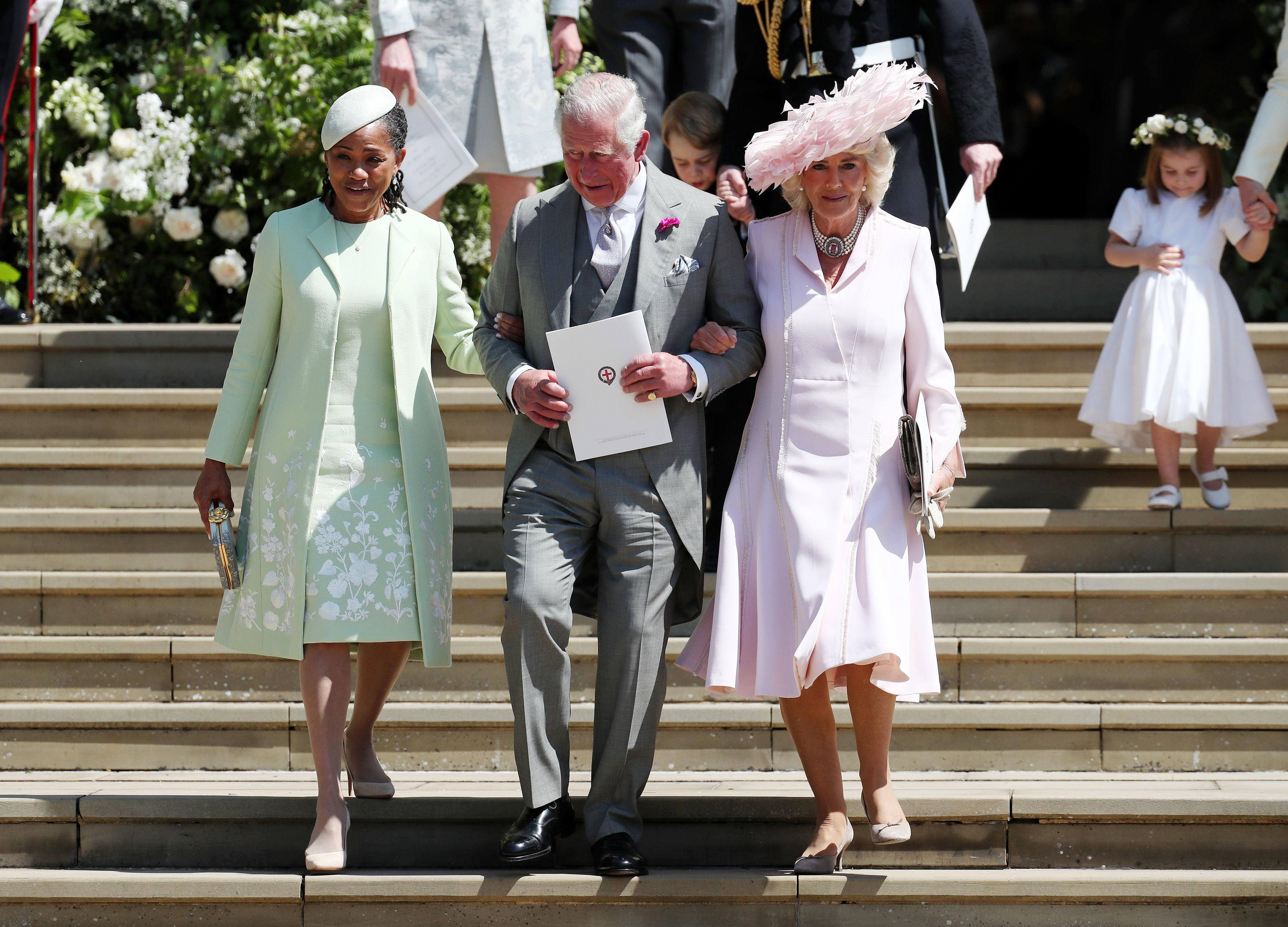 Many had speculated that Doria would walk Meghan down the aisle, but instead the actress walked part of the way by herself, before Prince Charles joined her on the remainder of her walk to the altar.

But 36-year-old Meghan has a close relationship with her mum, speaking publicly about their special bond.
She told Glamour magazine that the two have the same duality as a "best friend."