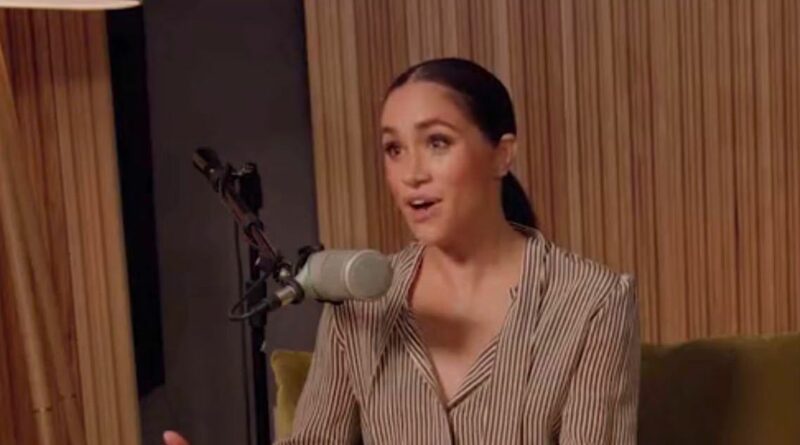 Meghan Markle's new podcast has been labelled an “absolute flop” after failing to crack to UK Top 100 podcast chart on Spotify.

The Duchess of Sussex released Archetypes on the streaming platform yesterday (Tuesday, August 23).

Titled The Misconception of Ambition with Serena Williams, she told listeners that she wanted to talk to somebody who "embodies the spirit of ambition."

In March this year – and nearly two years after she signed a lucrative contract with Spotify – Meghan announced that her long-awaited podcast would be called Archetypes and feature conversations with female role models.

The episode is also littered with personal Meghan stories.

But it appears that hardly anyone has actually bothered to listen to it after the debut episode failed to enter the top 100 for episodes or series both in the United Kingdom or in the United States.

Social media users claimed it had less than 10,000 listens within the first 24 hours.

Twitter was quick to round on the host and her podcast attempt.

“I bet most of the listeners in Meghan's podcast are from people that don't like her.”

Another commented: “Twelve hours, and less than 10,000 people have actually listened/rated the content of their ridiculous #Archetypes.

“And #MeghanMarkle is a supposed global icon? @spotifypodcasts ask for a refund.”

A third tweeted: “At least 8,000 of those listens were out of morbid curiosity and media types who had to because it's their job.”

The deal with Spotify is thought to be costing the company around £18million.

When it was announced, musicians already on the service expressed their disgust.

Talented youngster Harrison Rhys told us that while he believes Harry and Meghan are "doing a lot of good", the lucrative streaming deal was an "unethical kick in the teeth".

The Portsmouth artist said: "I believe what Spotify have done is unethical, we are only being paid £0.0038 per stream but they are able to pay out what is probably a multi million dollar fee to Harry and Meghan.”