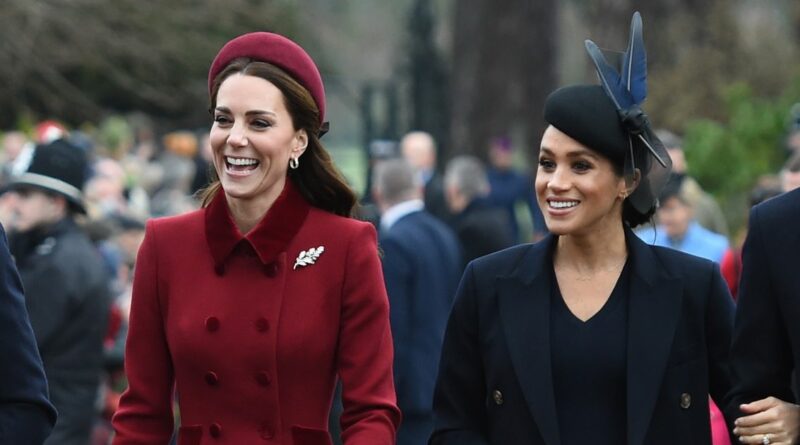 The long-running dispute over which Duchess made the other cry before Meghan Markle's wedding in 2018 has resurfaced once again.

In a lengthy profile of Kate Middleton published on the eve of her 40th birthday, the Times' royal editor Roya Nikkhah quoted an anonymous palace insider who questioned Meghan's account of the upsetting incident.

In her much-publicised interview with Oprah Winfrey last year, Meghan explained that reports in the media accused her of making Kate cry during a fitting before her wedding to Prince Harry.

In fact "the reverse happened", Meghan said, adding that Kate had apologised and the two patched things up soon afterwards.

But now her account of how things went down has been called into question by a "palace source".

“I’ve had hundreds of hours of conversations with her [Kate] and it never came up," the Times quotes the insider as saying.

"I only ever heard from Meghan about that — a very different story from what she said to Oprah."

The details of what was allegedly "different" about Meghan's description of events were not specified.

The incident first surfaced in the media in November 2018, when it was reported that "Meghan left Kate in tears" over her demands for Princess Charlotte's dress during a "stressful" fitting, with later stories claiming bridesmaids' tights were at the heart of the dispute.

When asked directly "Did you make Kate cry?", Meghan told Oprah "no" and explained Kate was "upset" and made a comment that "made me cry, it really hurt my feelings".

"She owned it and she apologised, she brought me flowers and a note apologising – she did what I would do if I had hurt someone," she added.

"What was hard to get over was being blamed for something that not only I didn't do, but that happened to me."

Meghan also said the row and its ensuing media fallout which wrongly painted her as the aggressor had felt like a "turning point" during her time in the Royal family.

"The narrative with Kate that didn't happen was really difficult."

Last year Finding Freedom author Omid Scobie claimed Meghan had emailed the Palace asking for them to issue an official statement to "finally set the record straight" about the argument, but that her request had been ignored.