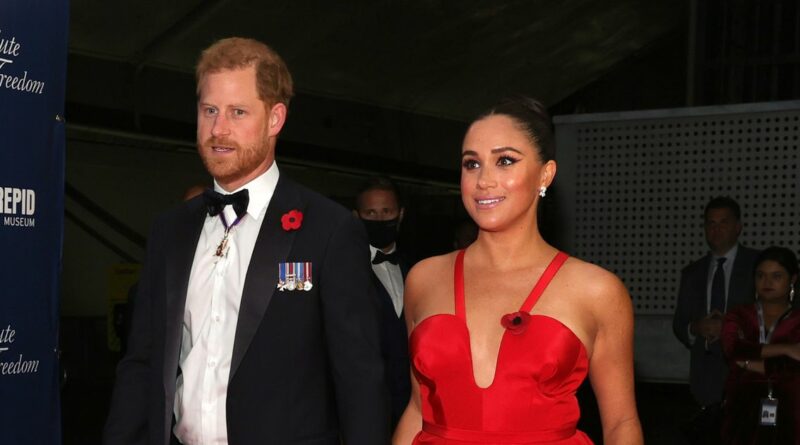 Meghan Markle is abusing her royal status to "become the most famous princess in the world", a political commentator claims.

Despite fleeing the firm with husband Prince Harry to the other side of the Atlantic, the couple continue to cling onto their Duke and Duchess of Sussex titles.

Critics have been left raging that the parents now living in a California mansion, are securing showbiz work and even interfering with politics without dropping their Palace-granted status.

Political commentator Calvin Robinson blasted the couple for not letting go of their former lives and accused Meghan of 'pulling the Royal Family down' in her quest for fame, the Express reports.

Speaking to Sky News, he said it was "absolutely shocking" that the couple continues to use their titles, despite being "political". He said: “We saw, only this week, they were at an event and they introduced themselves as royalty.

"I think we’re all being pulled down by Meghan Markle’s plan to become the most famous princess in the world.”

When Meghan and Harry stepped back from royal duties at the start of last year, the agreement with the Queen was that the couple would formally retain their titles but they would no longer use their HRH titles.

This comes as exclusive polls in the Sunday Express revealed that the public believe the couple should stop using their royal titles to promote their business deals or political views.

Asked “Should the couple use their royal titles for business or political purposes?”, 73% in the UK and 59 percent in the US said they should stop.

However, in Britain, people were divided when asked whether the couple should be able to keep their titles.

Almost half of UK respondents (48%) believe the couple should be stripped of their titles compared to a third (33%) in the US.

Earlier this month, the Duchess of Sussex faced controversy after she used her royal title to sign off a letter to Congress, lobbying them for paid parental leave.

She also drew criticism for using her royal title when making a series of “cold calls” to US politicians to lobby for the policy.

Meanwhile, earlier in November, the 40-year-old royal was mocked on social media for introducing herself with her name and her title at a children's book reading.

Daily Star has approached the Duke and Duchess of Sussex's representatives for comment.