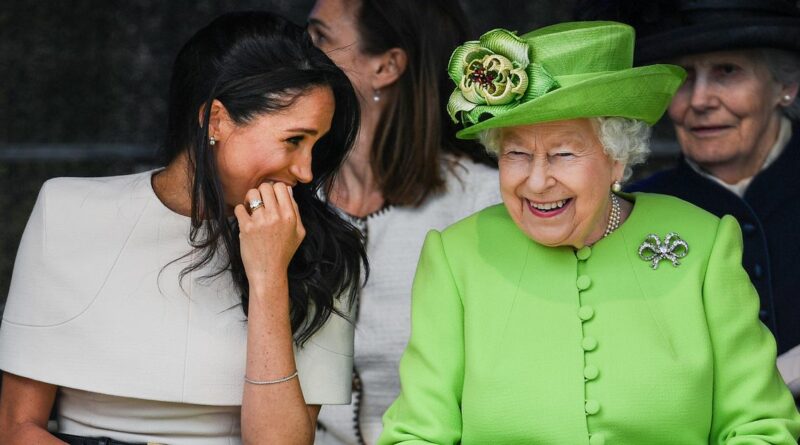 It has been two years since Prince Harry and Meghan Markle dropped the bombshell that they would be stepping down as senior royals.

Following a few intense months, the pair released a statement that they planned to split their time between the UK and North America and hoped to carve out "a progression new role in the institution" while becoming financially independent.

Talks were held just days later in what became known as the Sandringham Summit between Harry, the Queen, Prince Charles and Prince William.

The summit led to the monarch accepting her grandson and his wife's wishes to step away from the Firm and she said at the time: "Harry, Meghan, and Archie will always be much loved members of my family."

The decision brought an end to Meghan's short time as a royal that had started just 18 months earlier.

During the short royal stint, the former actress was given the rare honour of carrying out a day of engagements with the Queen – and the pair travelled together to Chester in June 2018.

The two of them made their way to the northwest of England on the Royal Train and attended the opening of the Mersey Gateway Bridge.

At the visit, the pair seemed in good spirits and were pictured smiling and laughing together.

But one expert noticed that during the day, the Duchess of Sussex made multiple hand gestures that revealed her true feelings towards the monarch.

Reported by The Mirror, body language expert Judi James said at the time: "It was clear from the Queen's congruent and very spontaneous-looking smiles that she was delighted to have her new granddaughter-in-law beside her on this visit.

"Meghan did appear rather nervous initially though, emerging coyly from the train and using some more tentative gesticulation than usual.

"Without new husband Prince Harry beside her to touch and hug her, there was a noticeable increase in Meghan's self-comforting self-touch and checking rituals, suggesting she is still quite in awe of her doting grandmother-in-law."

Since Harry and Meghan moved from the UK to America, their relationships with several royals appeared to have soured.

But the Duke and Duchess have had nothing but positive things to say about Her Majesty and in June, the couple paid tribute to her by named their daughter Lilibet – a pet name of the Queen.

Royal author Omid Scobie told Good Morning America last summer: "When it comes to that relationship with the Queen, it is as strong as ever.

"They have nothing but love for her. Of course, we saw them name their daughter after the Queen’s very nickname. So that really gives us an insight into that close relationship."