Incredible footage has emerged of the desperate fight to save a dog from being strangled to death and eaten by a python.

Filmed in Thailand, the four minute video shows a group of men doing all they can to fight to the massive reptile coiled tightly around the dog, who eventually stops struggling and is presumed dead.

But the men don’t give up and hit the snake repeatedly with sticks as another dog tries to scare the serpent off his mate by continually barking. 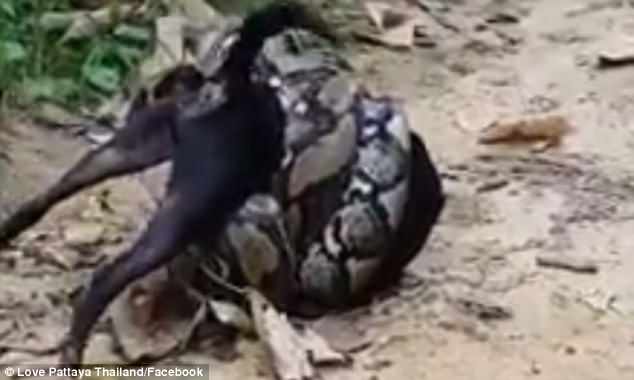 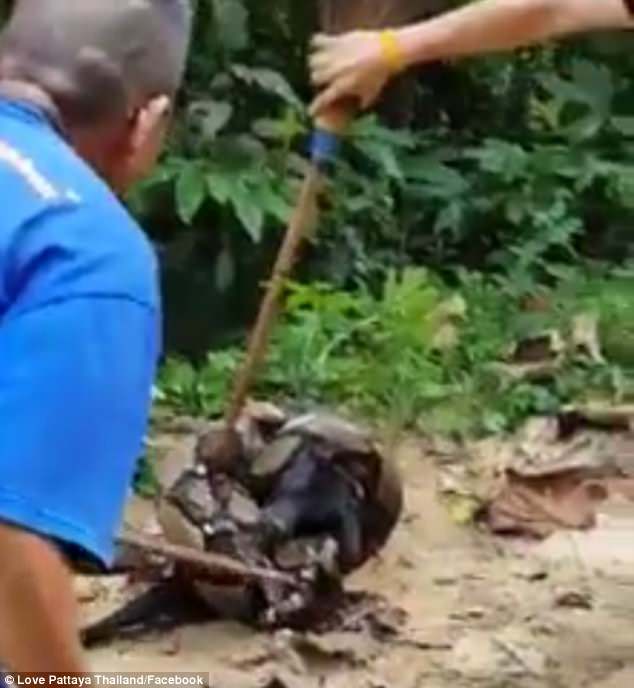 When that tactic doesn’t work, a man risks being bitten by dragging the snake along the ground by its tail in a last ditch effort to rescue the dog.

The snake is eventually released and incredibly, its would-be prey escapes relatively unhurt from the terrifying ordeal.

The footage of the dog’s incredible fight for survival was posted on Love Pattaya Thailand’s Facebook page on Wednesday.

The video has since been viewed more than 75,000 times and attracted almost 1500 shares and several hundred comments.

‘Nothing a sharp axe wouldn’t have sorted,’ one man commented.

But another added: ‘Poor snake, it’s the animal kingdom. That’s meant to happen, it has been happening for thousands of years.’

It’s not known when or where in Thailand the footage was filmed. 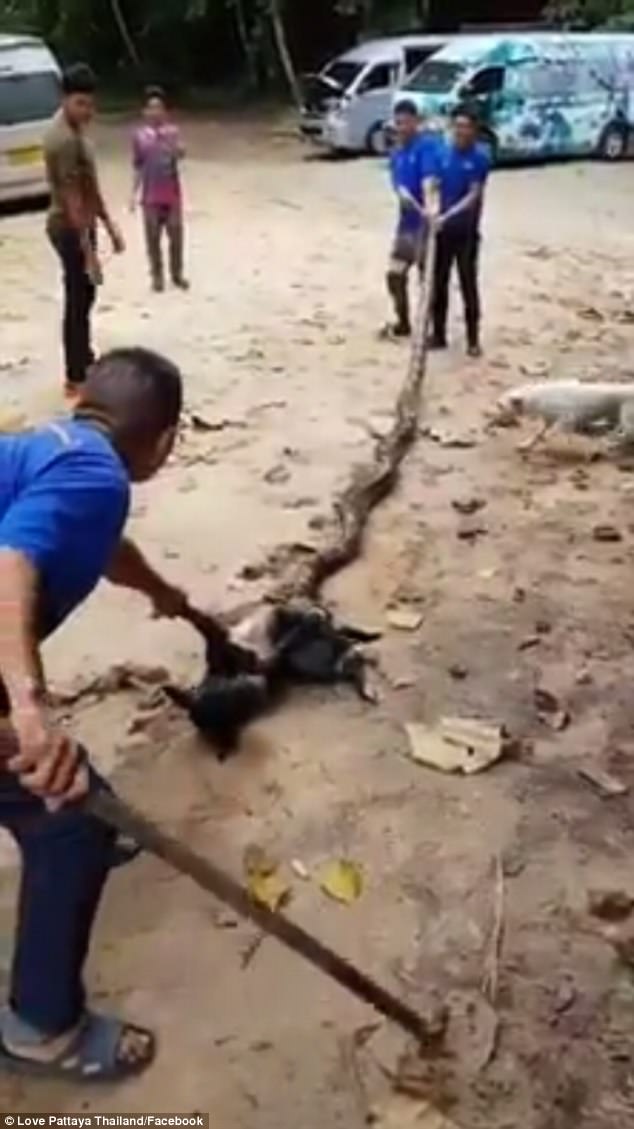 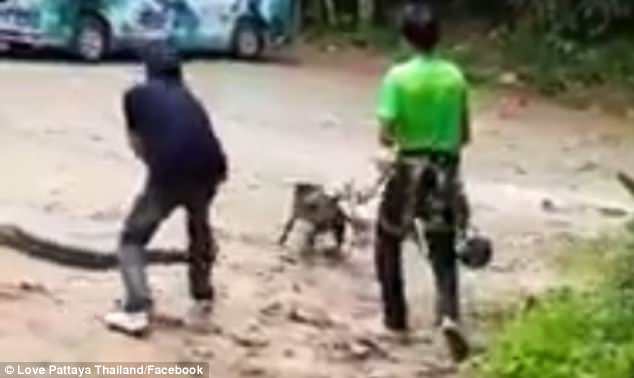 Remarkable, the dog survives its desperate fight for life