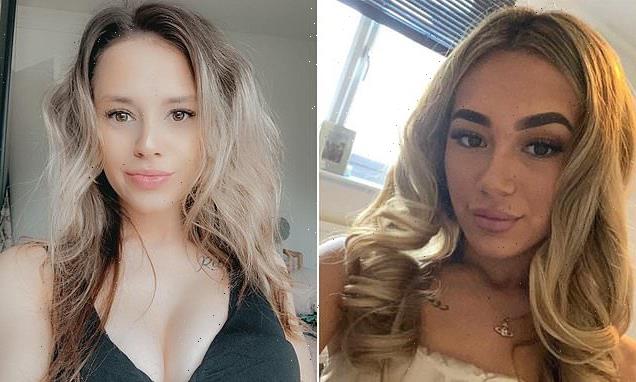 Mencap worker, 25, and her friend, 21, avoid jail after ferocious revenge attack on mother-of-two she accused of having sex with her ex-partner

Two young women who launched a revenge attack on a woman they accused of having sex with one of their ex-partners have both been spared immediate jail sentences.

Holly Towell and Rochelle Black ambushed the love rival as she drove home in her car.

The door was wrenched open and the victim dragged out of the vehicle before she was kicked repeatedly in the mouth, had clumps of hair pulled out and then was punched in the face.

Towell, 25, and Black, 21, stood in the dock together and both admitted assault occasioning actual bodily harm. 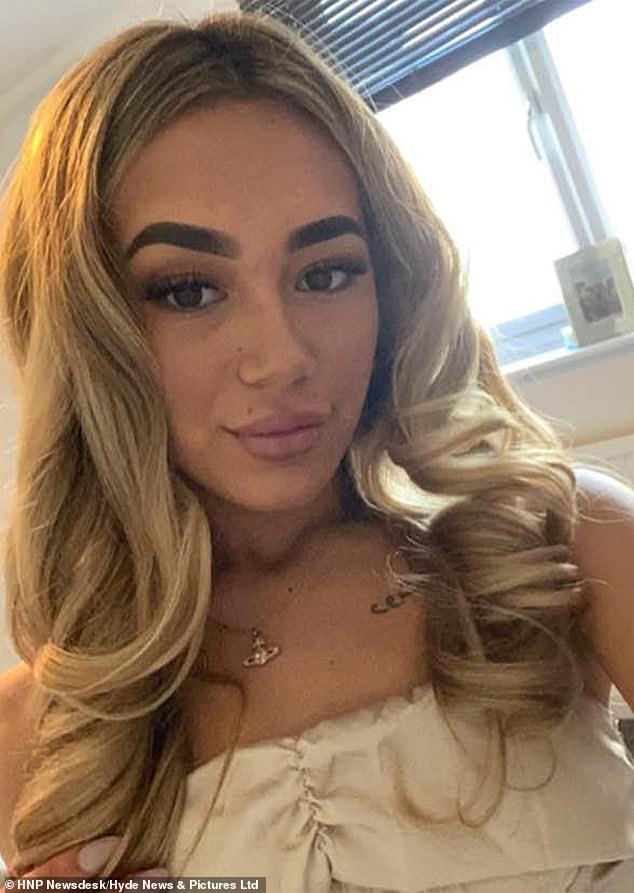 Towell, 25, and Rochelle Black, 21, pictured above, stood in the dock together and both admitted assault occasioning actual bodily harm

Prosecuting at Reading Crown Court, Honour Fitzgerald said: ‘On July 12, 2020, just after midnight, the victim was driving to her home when she saw Ms Towell approach the car. She had known Ms Towell for around eight years and had had previous problems regarding her and Ms Towell’s ex-partner.

‘Then the victim saw Ms Black. Ms Towell opened the car door while the engine was still running and said ‘you are going to admit that you s****ed him’..’

The defendant then launched an attack on the unsuspecting victim, pulling chunks of her hair out, kicking her in the mouth repeatedly, punching her in the face repeatedly, and stamping on the side of her face.

The prosecutor detailed how, although Towell inflicted the majority of the violence against the woman, Black assisted in the assault and smashed the victim’s phone by repeatedly throwing it to the ground when she tried to call for help.

The prosecutor added: ‘A vehicle drove past which startled the females and so the victim managed to get back into her car and drive off. Ms Towell called her ex-partner saying ‘your missus is getting beaten up right now’. 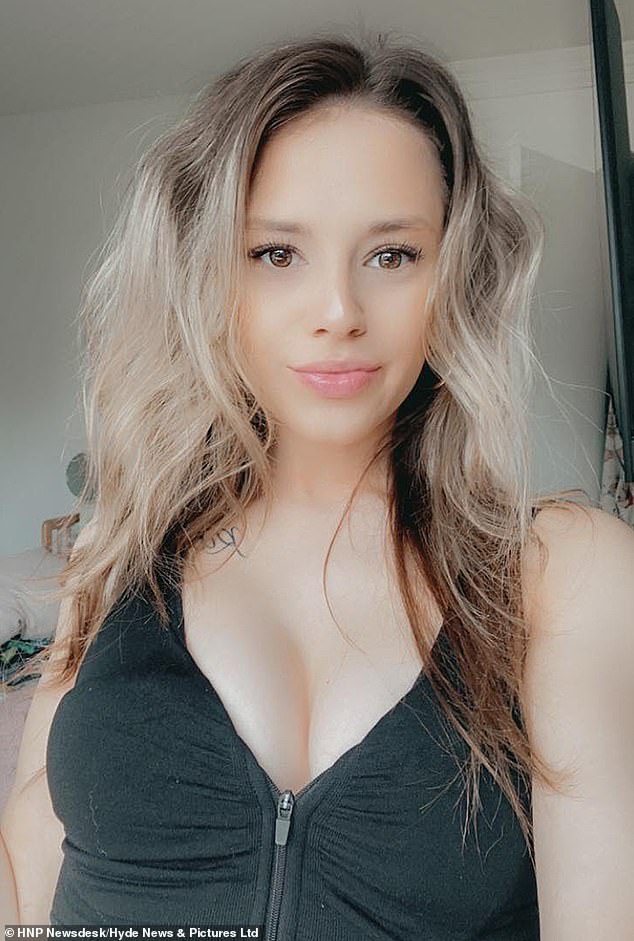 Holly Towell (pictured) and Rochelle Black ambushed the love rival as she drove home in her car. The door was wrenched open and the victim dragged out of the vehicle before she was kicked repeatedly in the mouth, had clumps of hair pulled out and then was punched in the face

‘She had also posted on Facebook earlier that day, asking for anyone who knew the victim’s address. Police realised at the time of the arrest of the two women were both drunk.’

In a statement, the victim told the judge: ‘They all know where I live. I am afraid they will come back to my home where my two children live because I reported them to the police.’

Defending both, Anne-Marie Talbot said: ‘Ms Black was not the leader or the instigator of this offence. She was a backup – she was there to assist her friend. However she accepts that she also assaulted her.

‘Both Ms Towell and Ms Black deeply regret and are very sorry for their actions on that day. On July 12 in 2020, after a sustained period of lockdown they went out and drank far too much.

‘Ms Towell had a job at Mencap, a charity organisation working with people with learning disabilities but her position there was suspended due to this offence. She is now working as a cleaner and is a single mother to her seven-year-old son. Ms Towell is also pregnant with her second child.’

Sentencing the two Mr Recorder Simon Dyer QC said: ‘This offence must have been terrifying for the victim. The assault involved, at least by you Ms Towell, stamping and punching on the victim’s face. She was kicked in the mouth repeatedly. Ms Black assisted.

‘This was a sustained and targeted assault. You took your revenge on her. It is not a mitigating factor that you got so drunk that you decided to be this violent.

Ms Towell – were it not for your caring responsibilities for now and in future, I wouldn’t hesitate to activate your sentence. Ms Black – terribly misplaced loyalty. This is a very serious matter.’

Towell, of Thatcham, Berks., was handed a 12-month sentence suspended for two years. She was also ordered to take part in 20 rehabilitation activity requirements and a curfew lasting six months.

Black, of Newbury, Berks, was handed a six month sentence, suspended for two years. She was also ordered to take part in 20 rehabilitation activities, was ordered to undergo 100 hours of unpaid work and was ordered to pay £400 compensation for the phone.

Both women were also handed a restraining order preventing any further contact with the victim, set to last until a further order.