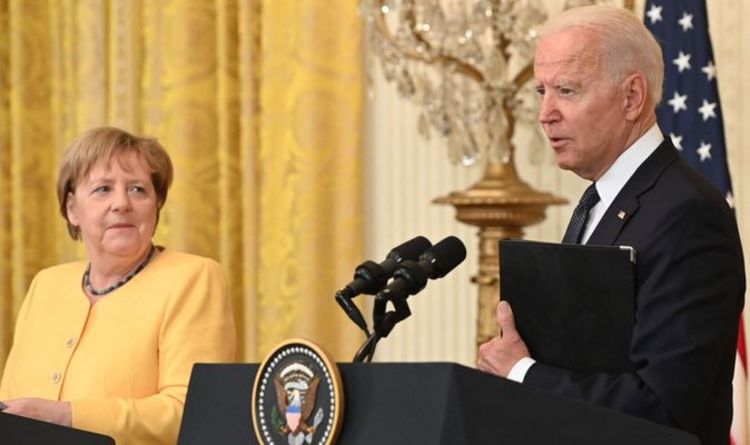 Mr Hochstein, a fierce critic of the gas pipeline, will oversee the agreement struck between the US and Germany over the controversial gas pipeline. Nord Stream 2 will deliver gas from Russia to Germany, allowing Moscow to bypass Ukraine, under the Baltic Sea.

But Mr Hochstein has previously warned Germany was opening itself to blackmail with the project as Russia could turn off the gas at any time.

Last month, the US and Germany reached a deal under which Berlin pledged to respond to any attempt by Russia to use energy as a weapon against Ukraine and other European countries.

The pact aims to mitigate what critics see as the strategic dangers of the 1,230km (764 miles) gas pipeline, which is now almost complete.

US officials have opposed the pipeline but Mr Biden’s administration concluded it was too advanced to stop.

It has instead negotiated the deal with Germany that threatens to impose costs on Russia if it uses the pipeline to harm Ukraine or other European countries.

A joint statement setting out the details of the deal said Washington and Berlin were “united in their determination to hold Russia to account for its aggression and malign activities by imposing costs via sanctions and other tools”.

The statement added that if Russia attempts to “use energy as a weapon or commit further aggressive acts against Ukraine”, Germany will take steps on its own and push for actions at the EU, including sanctions, “to limit Russian export capabilities to Europe in the energy sector”.

There have been tensions over the pipeline between the US and Germany since Donald Trump said it could turn Berlin into a “hostage of Russia” and approved some sanctions.

She said she had secured Russian assurances that Moscow would not use the pipeline as a weapon.

But Mrs Merkel warned Germany was ready to react with sanctions if it did so.

She said: “After all, we are not without any tools to do something.”

On Monday, the Senate Foreign Relations Committee issued a statement, along with counterparts from several European parliaments, opposing the agreement between Germany and the US to allow completion of Nord Stream 2.

Nord Stream 2 should be finished in late August and enter service this year, the company running the project said earlier this month.