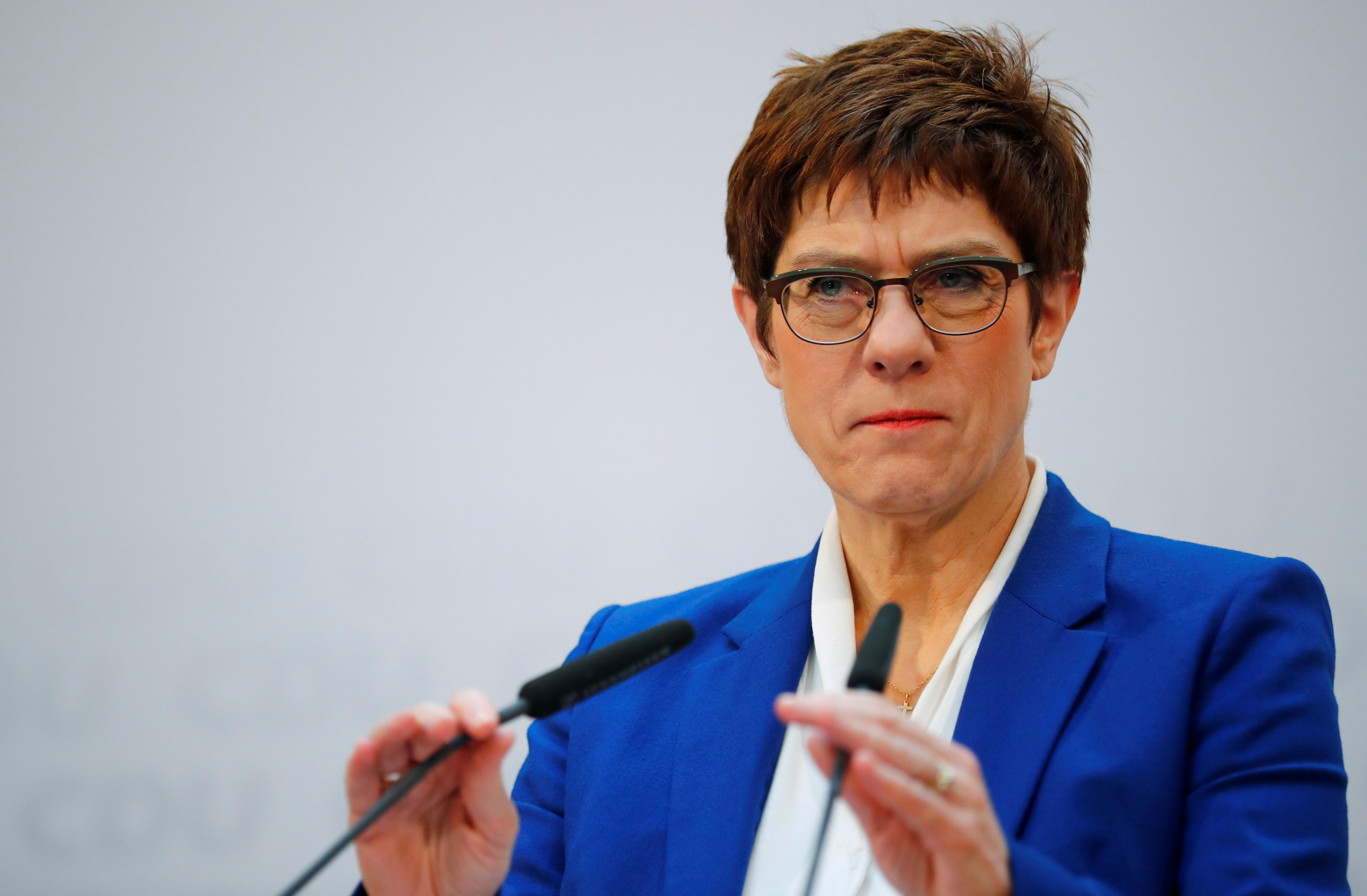 BERLIN (Reuters) – Annegret Kramp-Karrenbauer, leader of Chancellor Angela Merkel’s Christian Democrats (CDU), on Monday confirmed she would not run for chancellor in next year’s federal election but added that she would remain party chair until another candidate is found.

Kramp-Karrenbauer told a news conference that she would remain defense minister until the end of this legislative period, which is due to run until autumn 2021. She said she did not believe her decision would not impact the stability of Merkel’s ruling coalition with the Social Democrats (SPD).