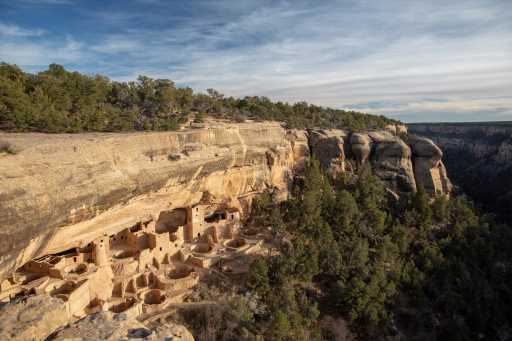 In a statement Monday, the park said the certification would help foster astronomy-based recreation and tourism while improving energy efficiency and reducing operational costs in the park related to outdoor lighting, the Cortez Journal reported.

“We are happy to announce our work to … provide visitors opportunities to experience the wonder of starry nights,” said park Superintendent Cliff Spencer. “National Parks are some of the best places in America to see a breathtaking array of stars, planets and neighboring galaxies.”

The designation will also help highlight spiritual and practical connections held by Ancestral Puebloans with night skies and stars, officials said, though it does not carry legal or regulatory authority.

“We want to work with tribal communities to bring those stories out,” said Kristy Sholly, chief of interpretation and visitor services for the park. “That connection to Native American culture is what makes Mesa Verde such a great place.”

The city of Cortez, towns of Dolores and Mancos, the Crow Canyon Archaeological Center and the Mesa Verde Country tourism bureau supported the application.

The U.S. National Park Service and the International Dark-Sky Association make the designations.

Mesa Verde National Park joins 169 International Dark Sky Places in 21 countries around the world, including 37 other sites administered by the National Park Service.