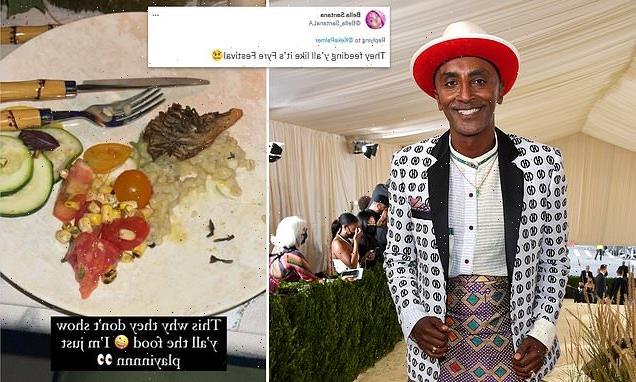 The cuisine served on Monday night at the annual elite fashion event that draws A-listers from across the globe to New York City’s Metropolitan Museum of Art had been widely mocked after actress Keke Palmer shared a photo of a sad, wilted salad on her Instagram story with the caption: ‘This why they don’t show y’all the food, I’m just playinnnn.’

The food drew comparison to the meals served at another, in that case infamous luxury event, with one fan tweeting at Palmer, ‘They feeding y’all like it’s Fyre Festival.’ 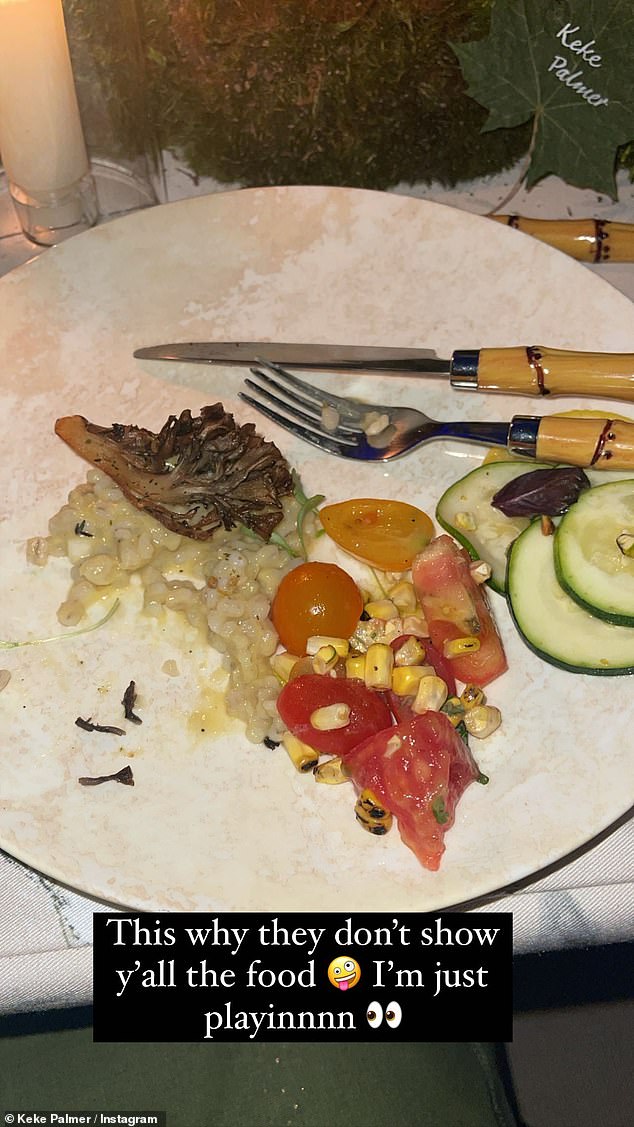 The food served at this year’s Met Gala was widely mocked after actress Keke Palmer shared a photo of a sad looking salad served the to her 10.5million Instagram followers

The food drew comparison to that served at another, infamous luxury event

Marcus Samuelsson, the head chef behind the Red Rooster in Harlem, helped select the 10 top New York chefs who created the all-vegan menu at this year’s Met Gala.

He confirmed to TMZ that the photo shared by Palmer to her 10.5million Instagram followers was one of the meals served at the elite event.

It was a plate of barley and roasted mushrooms, with zucchini slices and a tomato corn salad, and Samuelsson told the outlet that, ‘food, likely anything, it a matter of taste, and it tasted plenty good.’

Keke’s picture appeared to show the remains of the meal made by Aquavit chef Emma Bengtsson and Junghyun Park, who runs ATOBOY NYC.

Marcus Samuelsson, the chef responsible for curating the event’s menu, confirmed Palmer’s photo was of a meal served there, and defended the food, saying ‘it tasted plenty good’ 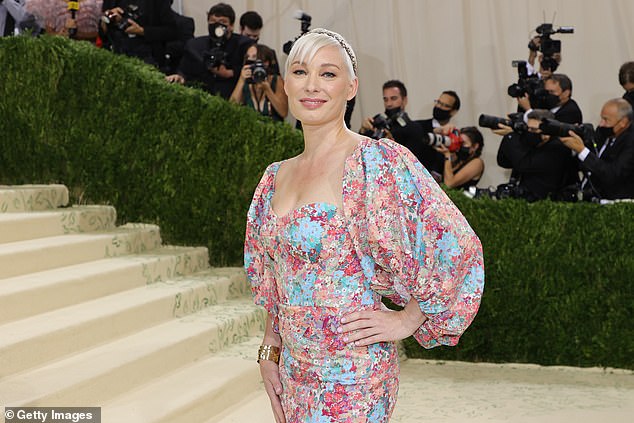 The meal in question was assembled by Aqauvit chef Emma Bengtsson (pictured) and Junghyun Park, who runs ATOBOY NYC.

‘I couldn’t have been more proud of the #MetGalaChefs who created a delicious and memorable meal for all the guests,’ he wrote on Instagram.

Before that, the gala guests enjoyed a fresh salad, and dessert was an apple mousse and apple confit with a calvados glaze, served in the shape of an apple.

The dinner was served on hand-painted plates from Tory Burch’s Oiseau collection, and guests’ names written on autumnal leaves rather than traditional paper place settings in one of the gala’s many moves to be more sustainable.

The Gala had returned this year after being cancelled in 2020 amid the pandemic.

This year it was pushed to September from its traditional slot on the first Sunday in May. 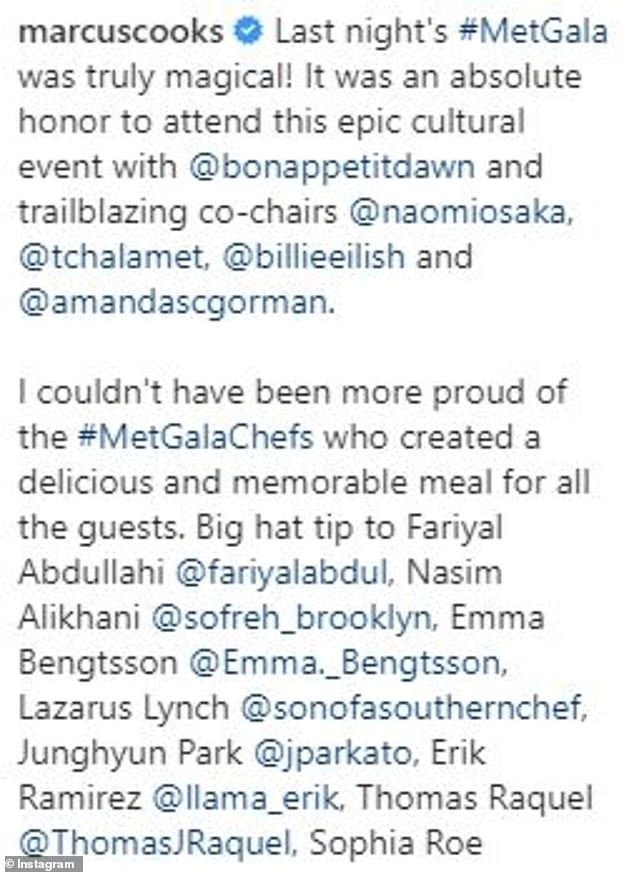 Despite the criticism, Samuelsson thanked the ten chefs he had assembled for the event