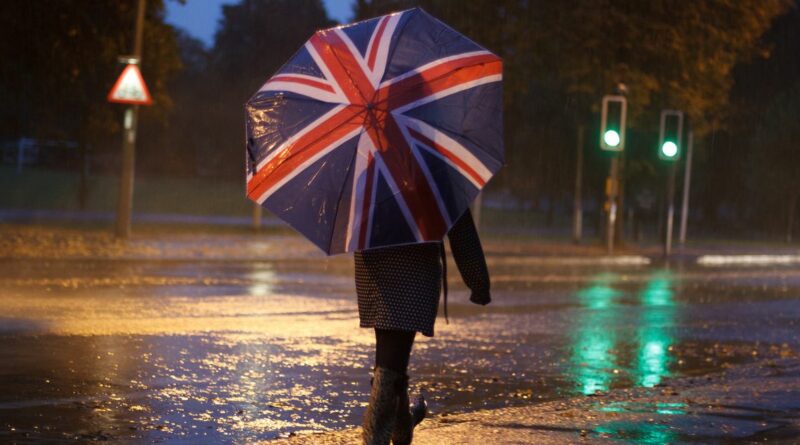 This weekend's heatwave is set to make way for thunderstorms with 15 weather warnings having been issued across large parts of the UK for Monday (August 15).

One extreme set of meteorological conditions look set to be replaced by another, with the national weather service saying: "While some places stay dry, hit-and-miss thunderstorms will develop from Sunday night and on Monday, and may bring disruption in places."

READ MORE: Bloke threatened to 'find policeman on the dark web' and 'torture his family'

Forecasters said the storms were likely to be isolated and intense bringing 50mm of rain in some places and the possibility of hail and frequent lightning.

There is a small chance that some homes and businesses could be flooded quickly, the Met Office warned,“with damage to some buildings from floodwater, lightning strikes, hail or strong winds”. The Met Office has also warned that where flooding or lightning strikes occur, there is a chance of delays and some cancellations to train and bus services.

Spray and sudden flooding could also lead to difficult driving conditions and some road closures.

"There’s a chance of some quite intense downpours at times for some areas and we’re refining the likely location of these in the coming days.”

While some places will avoid them, thunderstorms are likely to develop increasingly widely as we go through to Monday.

Storms will probably already be underway for Northern Ireland and parts of Scotland by early Monday, before also developing across parts of England and Wales by late morning and into the afternoon.

The Met Office acknowledged that some places farther south would be grateful for any rain at all, with England having had its driest July since 1935.