TWO inches of rain and 40mph winds are to batter Britain with London set for showers while sun will shine in the North.

Downpours of up to 50mm could hit higher ground in northern England including the Pennines, Fells and possibly Cumbria later tonight and through tomorrow with up to 30mm falling more widely. 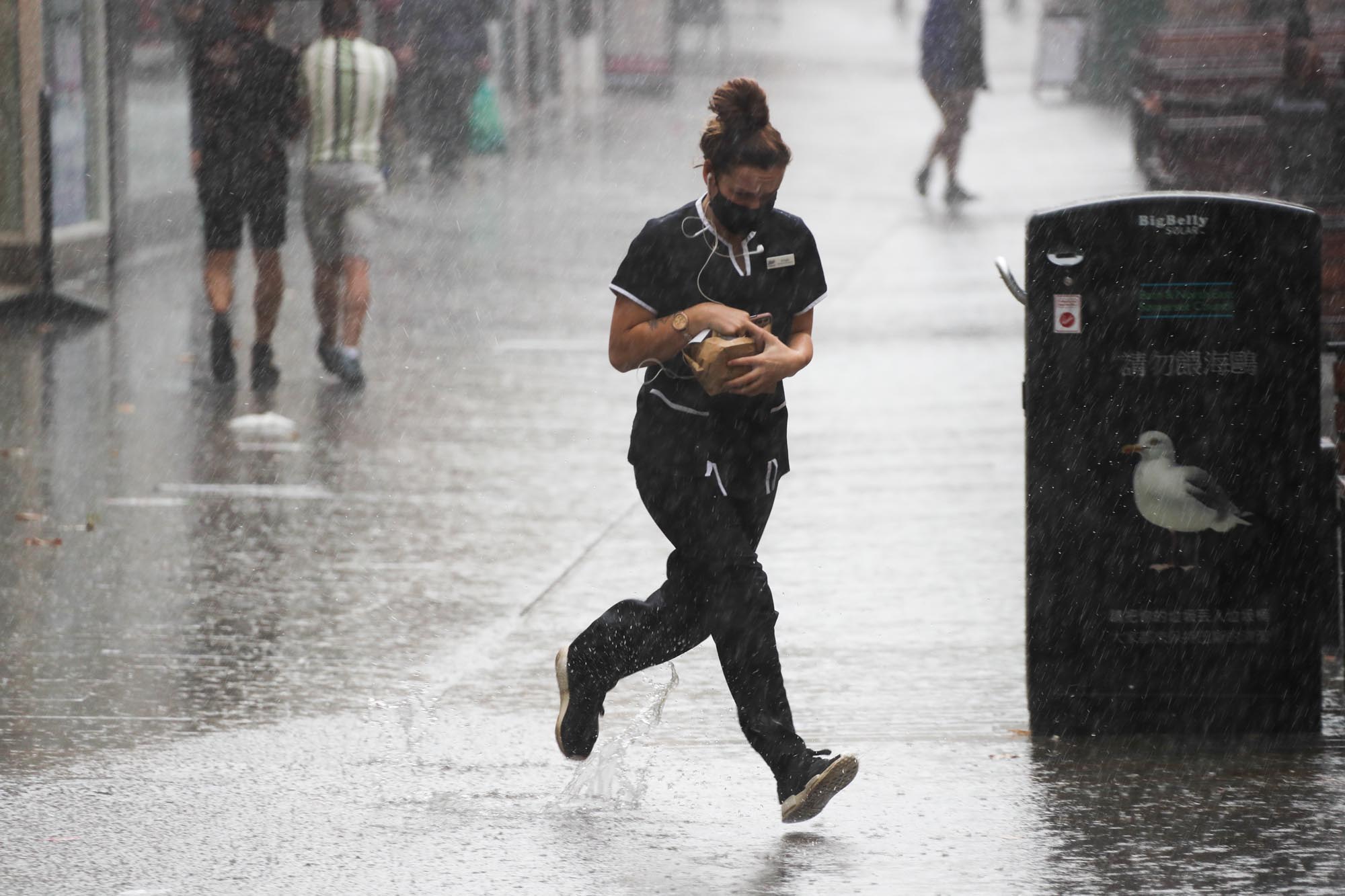 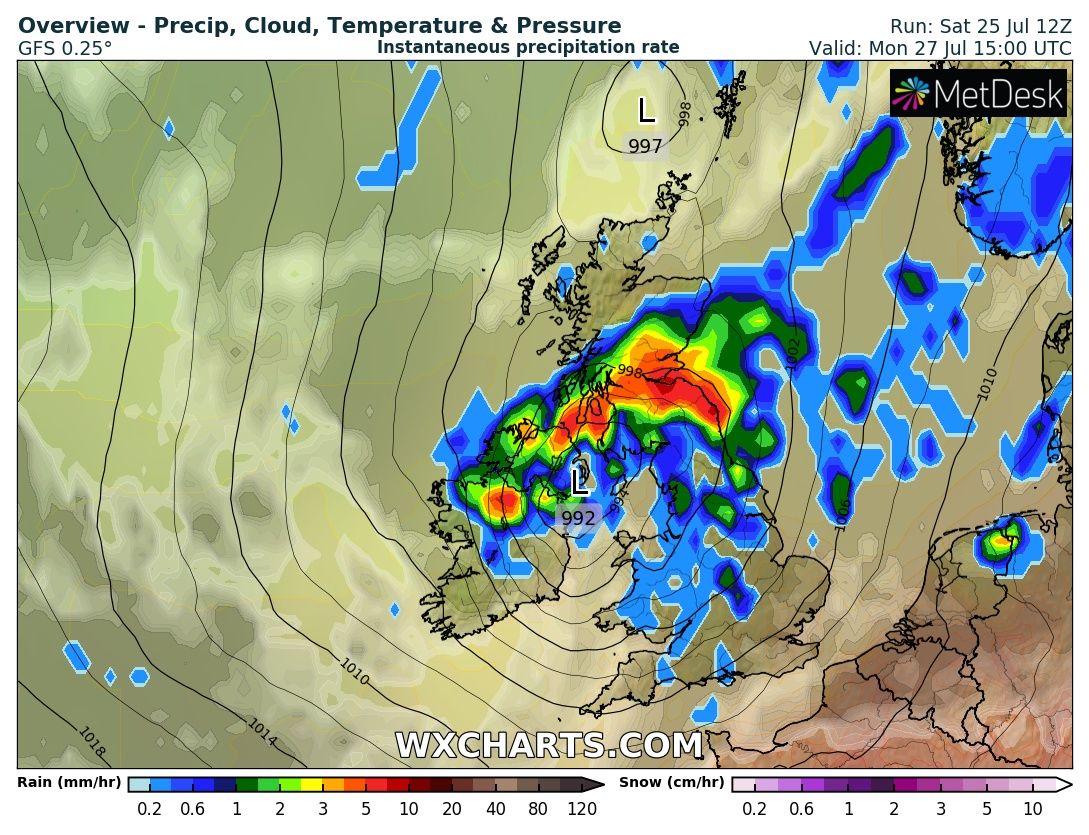 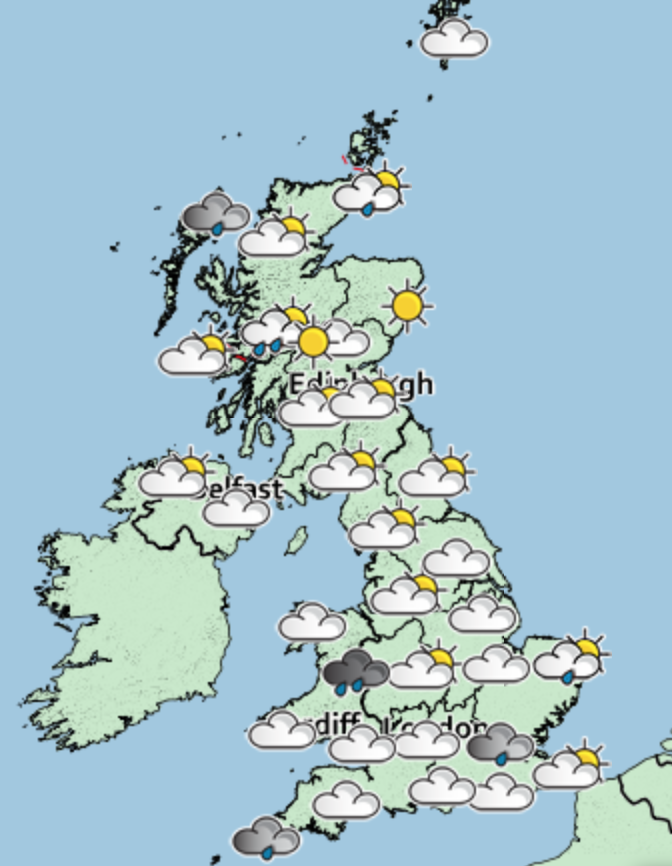 Meanwhile, gusts of 30-40mph are set to hit hardest in Western UK overnight and into the morning, falling just short of being classed as a gale – which would need to be into the 40s.

A Met Office forecaster said: "Tonight rain comes in from the South West. Showers tend to fade this evening so most areas will have a dry spell briefly but then rain will come in across most areas.

"As we go through the night, north Scotland will hold onto some of the best clear spells and the rain across the south of England is going to be patchy.

"For Northern Ireland, southern Scotland, northern England, Wales and the South West quite persistent rain will be coming in – some of it could be turning heavy as well.

"It could be fairly windy as well especially through the Irish Sea areas."

He said that while western Scotland could see up to 25mm of rain by the end of the day, northern Scotland is set to hold onto some of the driest spells in the country.

And temperatures could reach 24C today in the South East with elsewhere hitting high teens and low 20s as sunny spells up North precede the miserable downpours.

The forecaster added: "Tomorrow the temperature will be similar today – perhaps a degree or so down – with the high teens, but with the wet weather it isn't going to feel very pleasant."

It could see the South East hitting 23C as temperatures continue to creep up throughout the week before another wet weekend. 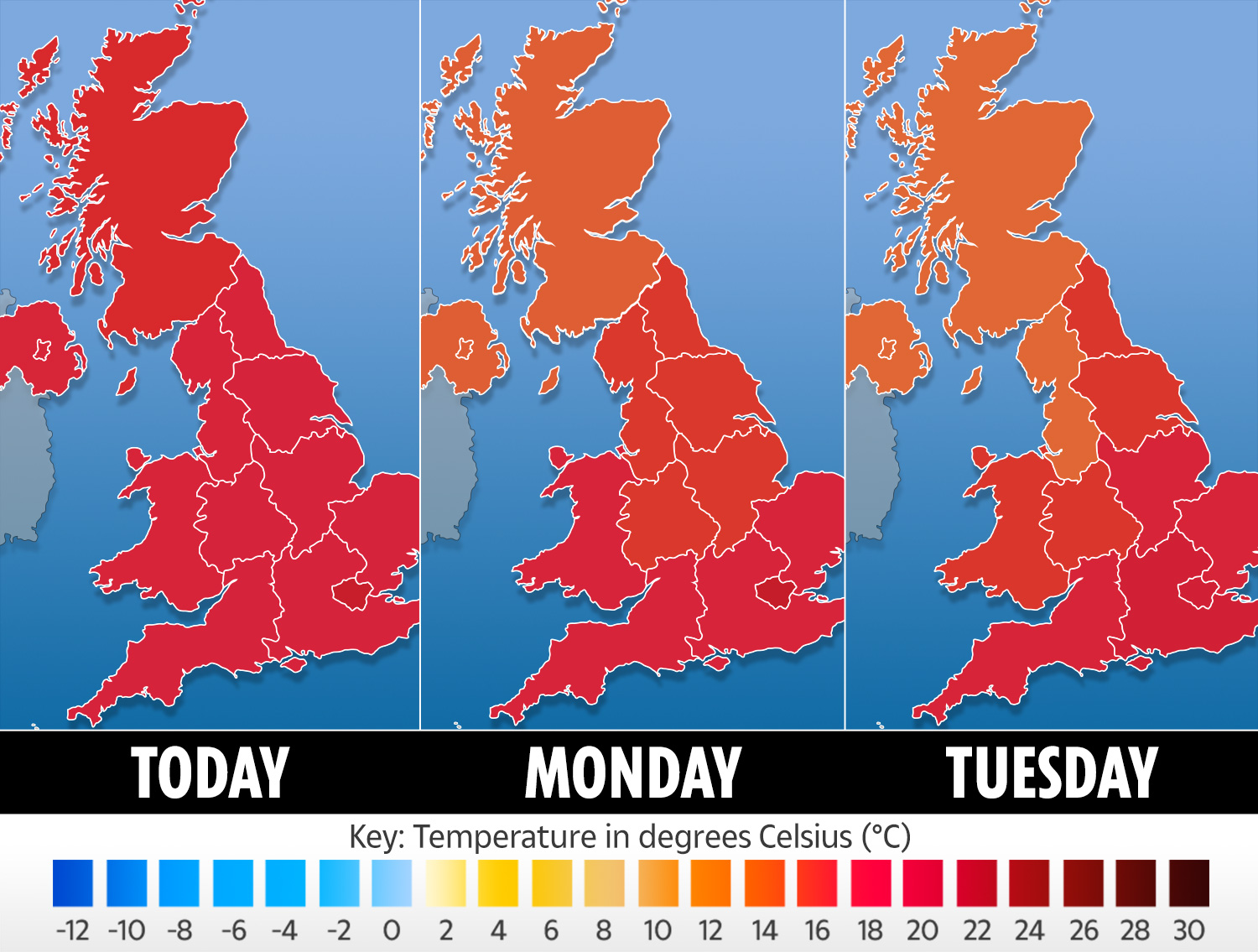 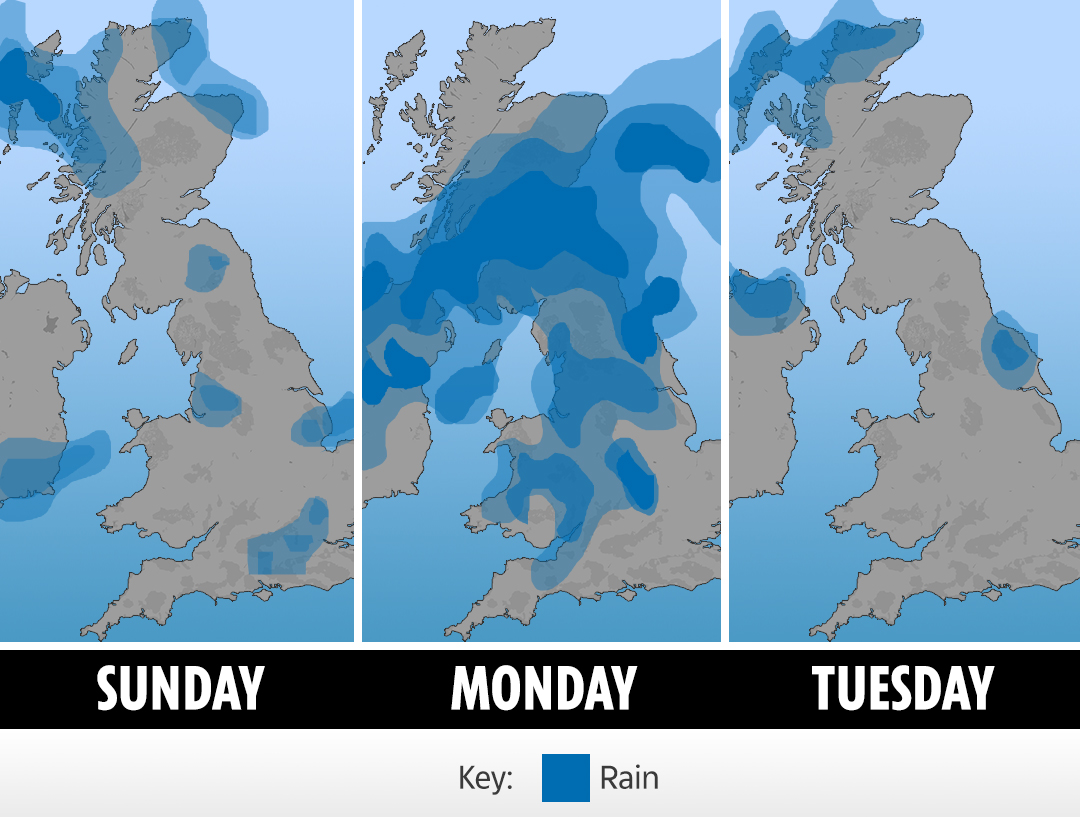 Tonight's downpours will follow yesterday's thunderstorms and torrential rain which were matched with muggy heat.

Thunderstorms kept "rumbling away" across parts of England last night as the Met Office warned of "hefty downpours". 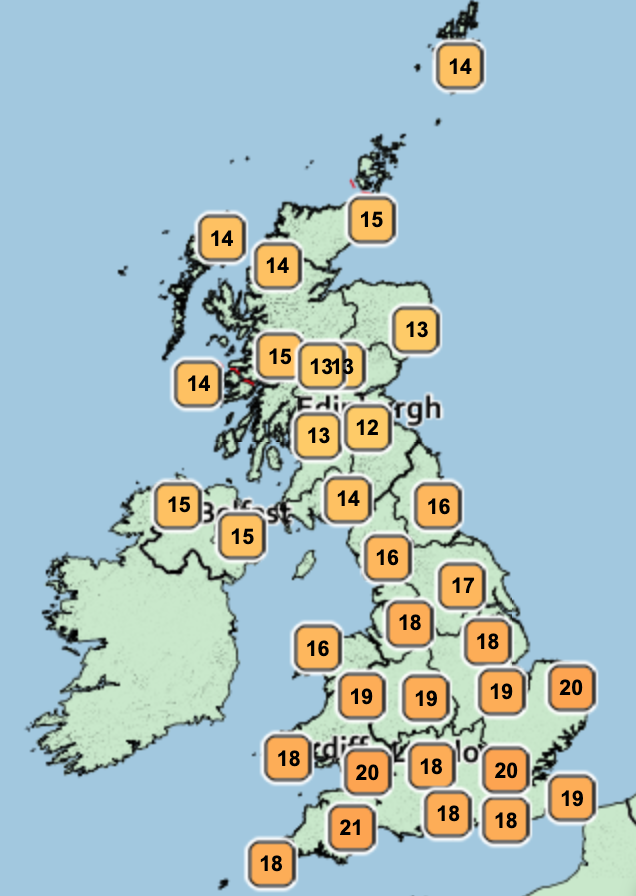 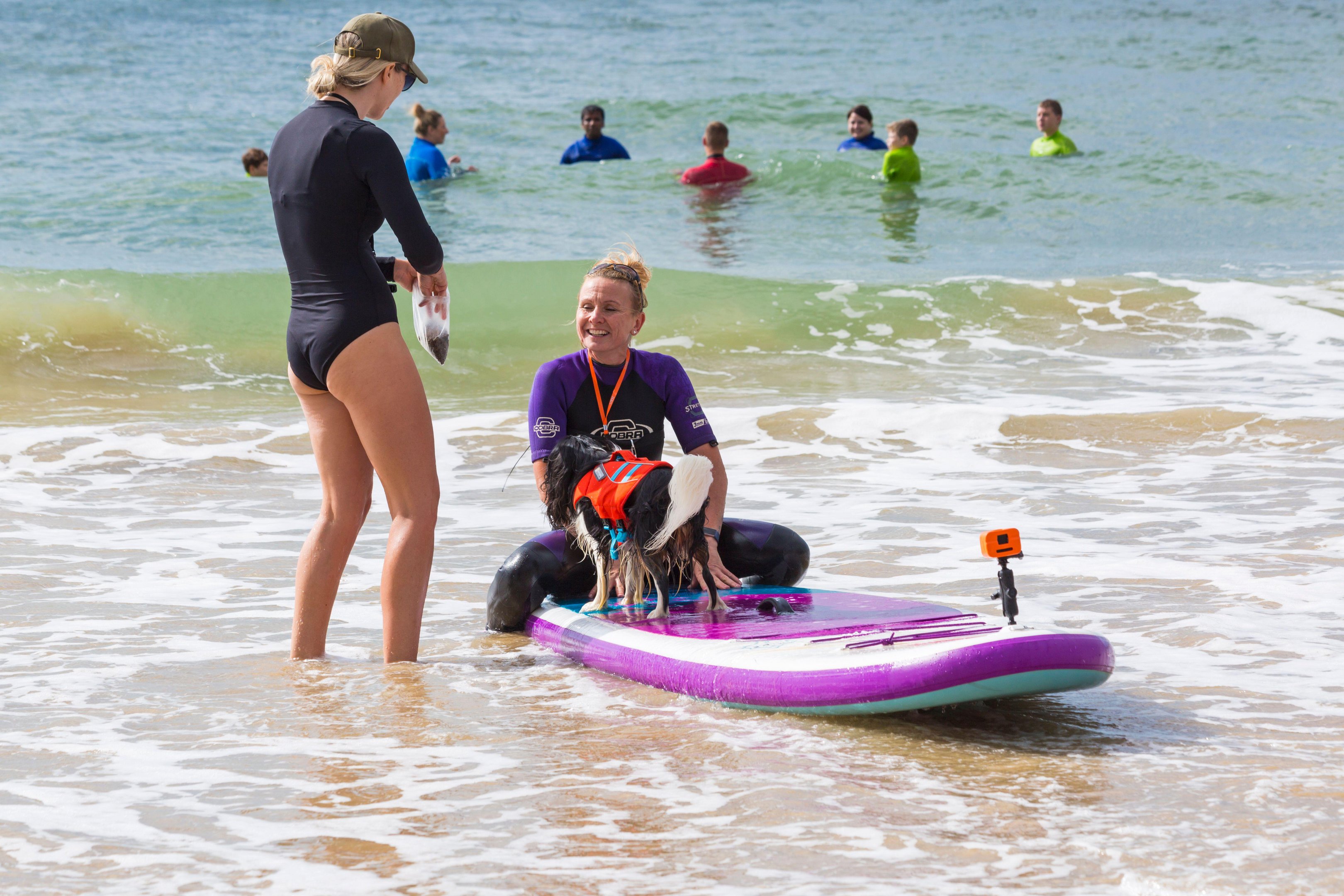 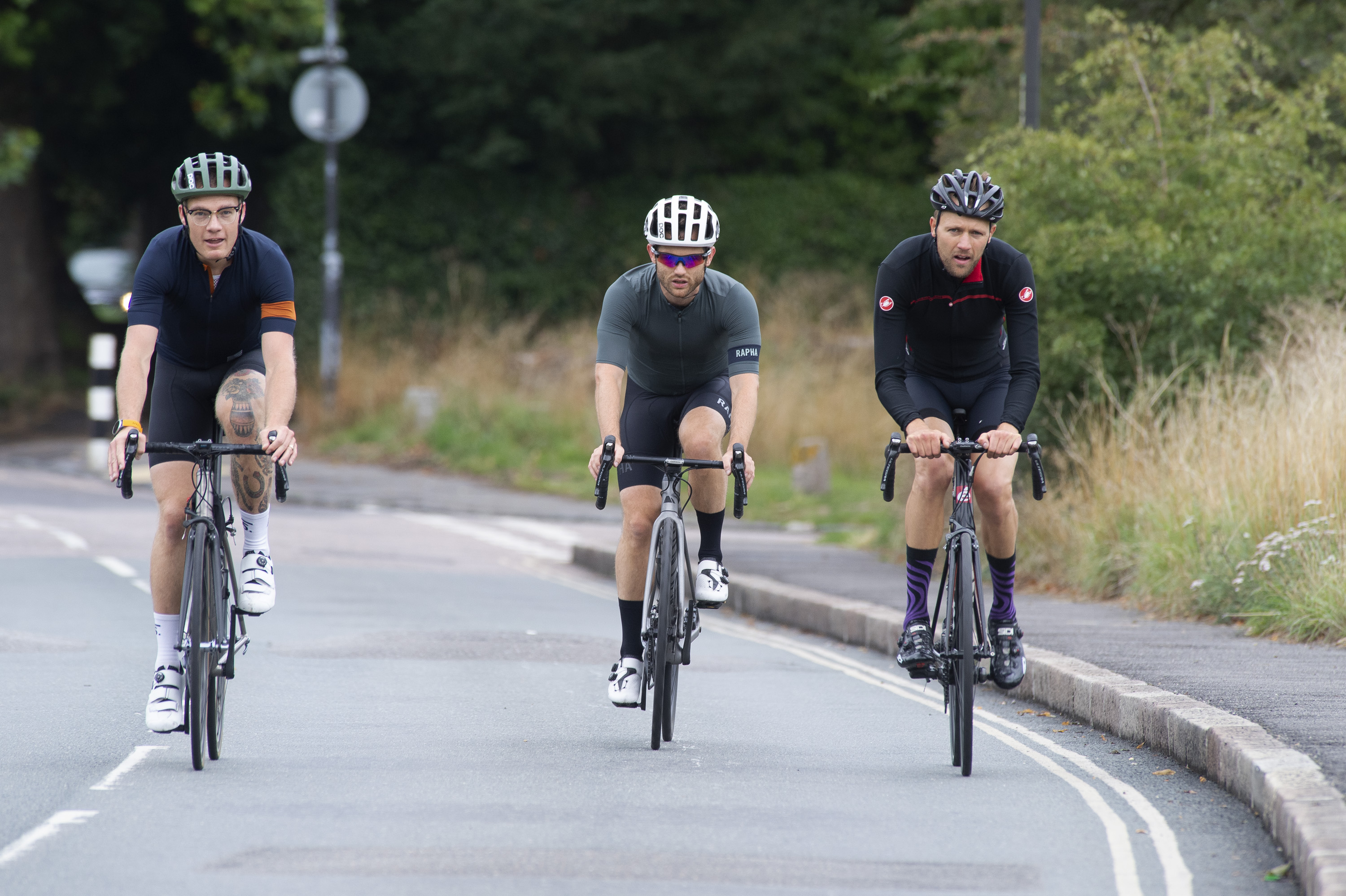