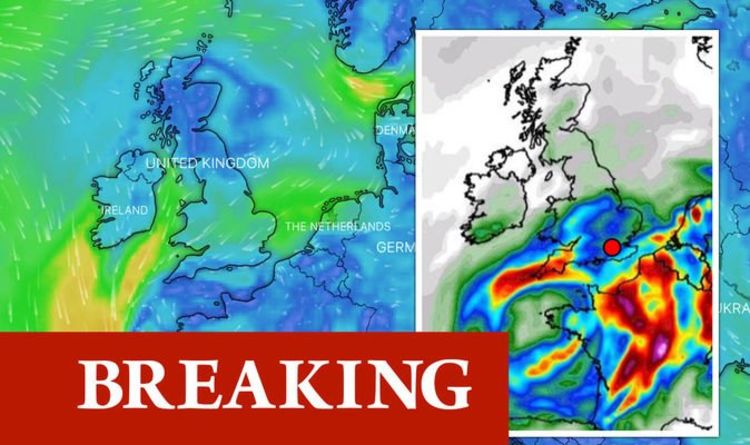 BBC Weather: ‘Sharp showers’ to hit parts of the UK

Heavy rain is expected to batter parts of the UK this weekend as Britain continues to experience a rather changeable start to summer. While in some areas temperatures have started to rise once again, with balmy sunshine forecast for many, others have been hit with strong winds and downpours in a rather dull end to June. And for those in the south west of the UK, this weekend is only going to get worse.

The Met Office has now issued a yellow weather alert, warning that “areas of persistent and sometimes heavy rain may lead to localised flooding and travel disruption”.

The forecaster warned: “Spray and flooding will lead to difficult driving conditions and perhaps some road closures.

“Where flooding occurs, there may be delays or cancellations to train and bus services.”

The Met Ofice added there was a “small chance that homes and businesses could be flooded, causing damage to some buildings” along with the potential for “fast flowing or deep floodwater”. 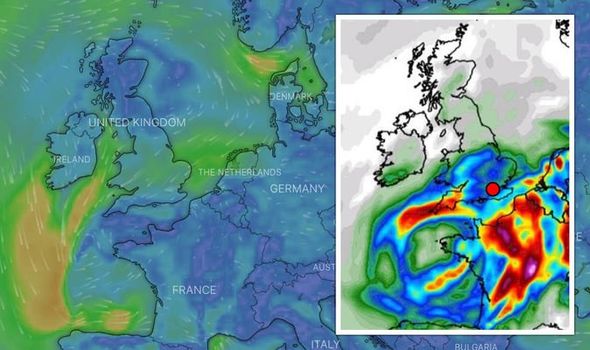 The national weather forecaster said: “Persistent rain, heavy and possibly thundery at times, will move across southern and southwestern areas of England and parts of south Wales through Sunday afternoon, persisting into Monday morning, before easing.

“Such totals may cause travel disruption and some flooding.”

The warning is in place from 2pm on Sunday, June 27 to 7am on Monday, June 28 and will affect a swathe of the south west of England and parts of Wales. 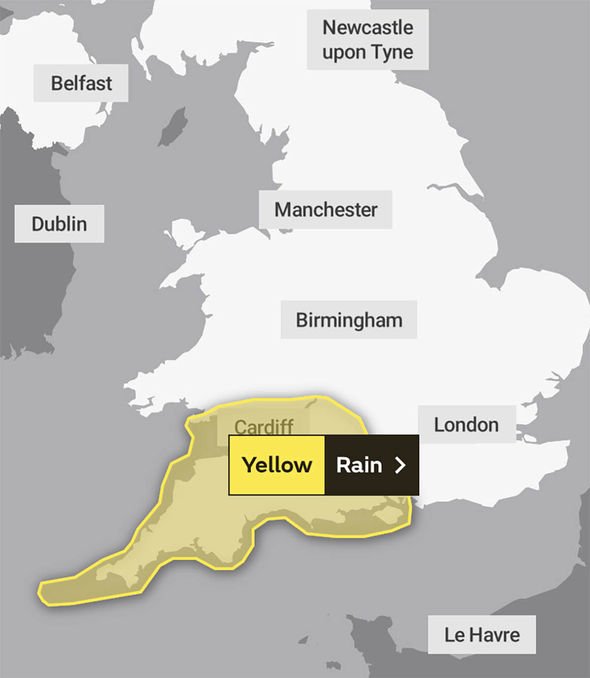 You can find the full Met Office warning here.

The warning comes as four flood alerts are in place in the following locations:

“One or two will crop up elsewhere into the afternoon but much more in the way of sunshine in between.

“They won’t be quite as severe as yesterday. Once the sun is out, it will be pleasantly warm.”

The Met Office warning comes hours after flash flooding and high winds battered parts of Essex and East London, with some saying a ‘tornado’ hit Barking and Dagenham.

“Police and fire crews on the scene. Very scary indeed.”

Officals have not yet confirmed if the weather event was indeed a tornado, but video footage from the area showed trees falling in the street and rubbish bins flying through the air as homes and gardens were damaged in the high winds.

Barking and Dagenham Police posted on Twitter: “There are no reports of any casualties. Officers are liaising with the local authority to ensure support is available to anyone affected by damage to property.”

Dagenham Council also tweeted: “We’re aware of the severe weather damage in the Barking area and our Immediate Response team along with the police and fire brigade are on hand sorting any issues.”