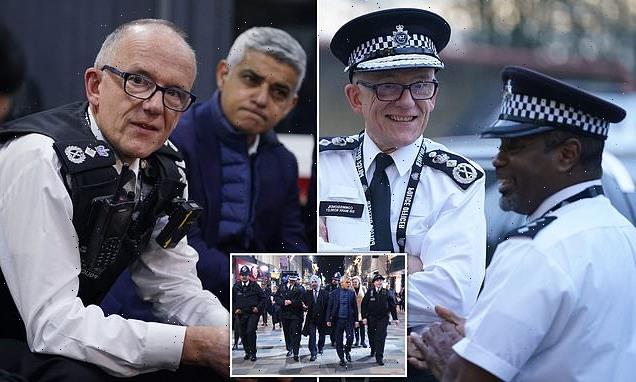 The head of Britain’s biggest police force said the capital is a place to ‘live, work and enjoy yourself’ as he visited a boxing gym in Ilford, east London, yesterday, as the force said that homicides fell by 17 per cent compared to last year.

But Sir Rowley also admitted there were ‘hundreds’ of officers that he needs ‘to sort out and who shouldn’t be in the organisation’ after a year which saw the Met embroiled in scandals.

Alongside mayor of London Sadiq Khan, the commissioner met Box Up Crime founder Stephen Addison, who set up the club to provide vulnerable young people with a community and a path away from crime. 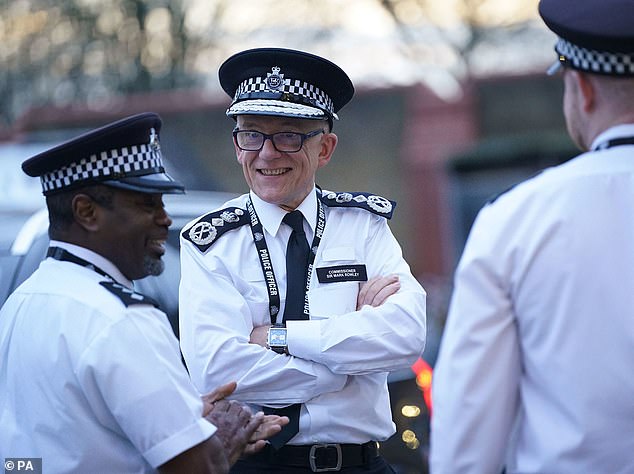 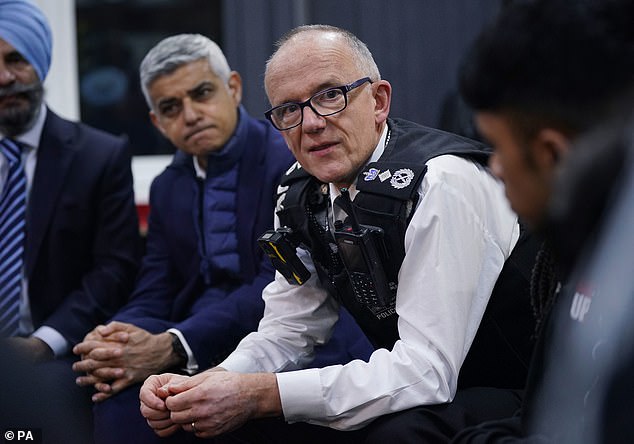 It came as the force promised it was cracking down on offences targeting youngsters, releasing figures which showed the number of teenage killings halved in 2022.

Sir Mark said: ‘London is a fantastically safe global city. Of course no city’s perfect, but if you look at crime rates… it’s a safe place to live and work and enjoy yourself.’

He was pressed on his plan to root out criminal behaviour within the Met after a string of high-profile convictions of officers for serious offences.

Asked about his plans to rebuild public trust in the force, he said: ‘I have got tens of thousands of men and women who are fantastic people, who care and want to make a difference.

‘Sadly I’ve got hundreds I need to sort out and who shouldn’t be in the organisation and as we do that you’ll hear more.

‘But I’ve got many, many more people who care about Londoners than some of those awful individuals that should never have been police officers.’ 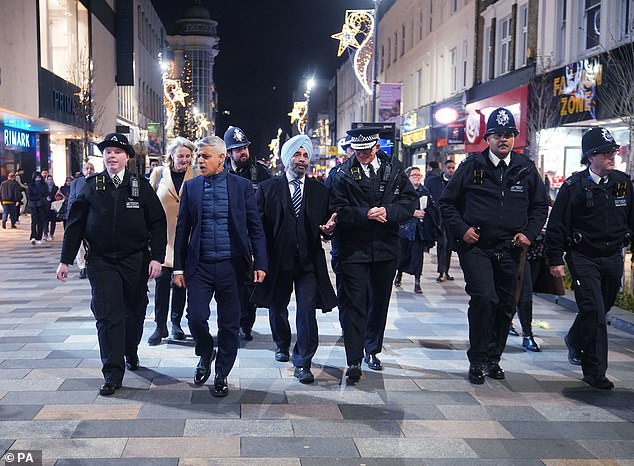 In some hotspots opportunistic criminals are targeting school-aged children as they return to their studies after the Christmas break, the force also said.

The Met has vowed to increase high-visibility patrols and boost community policing focused on preventing robbery after recent figures from Ilford showed 36% of mugging victims were aged 18 or younger.

Young people being are targeted for new mobile phones and high value clothing, particularly after school.

It said there had been 71 arrests for robbery since November.

A total of 69 homicides were knife enabled, which was a 17% reduction and equal to the pre-pandemic figure for 2019. 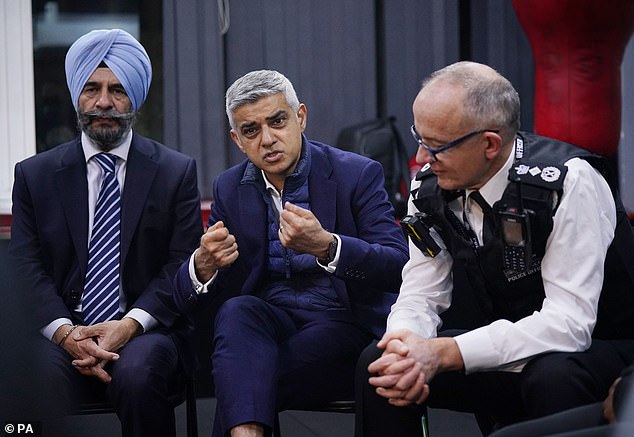 Sir Mark (right) and Mr Khan (centre) – alongside Redbridge council leader Jas Athwal (left), who helped launch Box Up Crime – heard success stories from a number of young people who have been supported by the gym 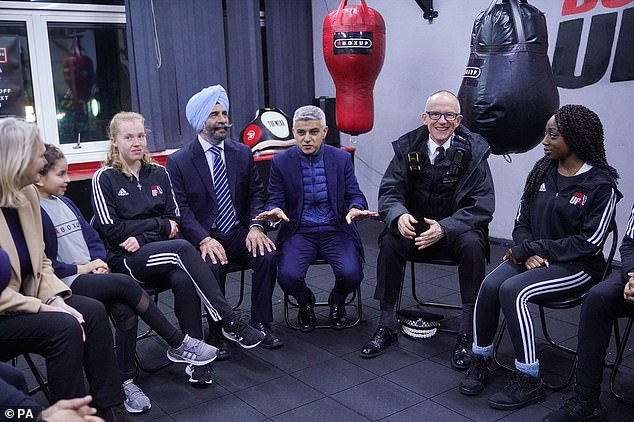 Sir Mark and Mr Khan – alongside Redbridge council leader Jas Athwal, who helped launch Box Up Crime – heard success stories from a number of young people who have been supported by the gym.

Among them was 18-year-old Fabian Williams, who took up horse-riding after getting active at Box Up and is now a keen equestrian with ambitions to reach the Olympics.

Others included 25-year-old Reno Turner, who was encouraged by mentors to pursue music under the name Txrner, and 24-year-old dancer Elvire Muavusi Matu, who now teaches her own classes after setting up the group Konverse Dance Crew.

Sir Mark said: ‘They were inspirational stories about young people having their lives turned round by this boxing club.

‘We’re the police, we can suppress violence, we focus as hard as possible on arresting the most dangerous people… but we need partners like this to work with who can grab those kids at the right moment in their life and turn it around and give them purpose.’

Mr Khan said: ‘We know we cannot arrest our way out of violence and that’s why my Violence Reduction Unit is supporting young Londoners, intervening at critical stages in their lives and providing them with positive opportunities, support and mentors – particularly during this cost-of-living crisis, so they can succeed and thrive.’

Mr Athwal said: ‘This visit was a great opportunity to show the new Met Commissioner and the mayor of London around Ilford and share the work we are doing to make the town centre safer for our neighbours.’