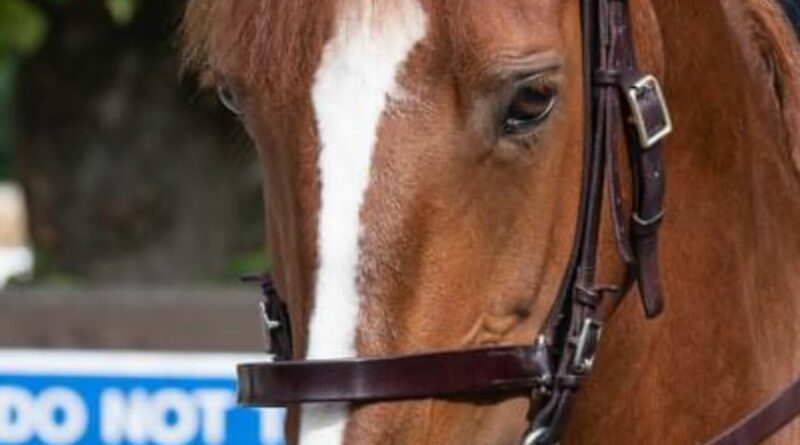 The Met Police has paid tribute to a horse after it died on duty at Notting Hill Carnival.

The service animal sadly collapsed after it fell ill at around 9pm on Sunday (August 28).

Authorities said the cause of death is yet to be determined.

The carnival returned to the streets of London for the first time since 2019 following the coronavirus pandemic.

In a statement, the force said: "At around 21:00hrs, a police horse on duty at Notting Hill Carnival collapsed. Officers provided emergency care, but the horse sadly died at the scene.

"It is too early to determine the cause of death. An investigation will now follow.

"Officers form a very close bond with the animals they serve alongside. Our thoughts are with all our mounted branch colleagues tonight."

More than a million people are expected to attend the two day-event, which ends on bank holiday Monday (August 29) with the adult's parade, reports The Mirror.

A video taken at the carnival earlier on Sunday began circulating on social media after showing several revellers falling to the floor when a bus shelter they were dancing on suddenly collapsed.

Crowds watching on could be heard gasping and shouting out of shock as the group fell through the roof of the structure, which was located in the Ladbroke Grove area.

The two people affected suffered only minor injuries and did not need further treatment, police said.

Officers said they had made 38 arrests in total related to the event as of 7.30pm on Sunday evening. Five of these were for possession of drugs, six for public order offences, two for sexual assault and five for possession of an offensive weapon.

Other arrests include those made for theft and possession of psychoactive substances.

Marking the celebration of Caribbean culture, heritage, and history, London mayor Sadiq Khan said he was "really pleased carnival is back" as there was a "pent up" demand for festivities this year.