Mexican state authorities suspended five officials on Monday after the massive brawl between fans during Saturday’s Liga MX match between Querétaro and Atlas, according to The Associated Press.

The five suspended officials included police and civil defense employees, per the report, including three people that were responsible for planning and preparations. It’s unclear specifically what their roles were.

According to The Associated Press, the match was staffed mostly by private security officers. That company will have all of its contracts canceled.

As of Sunday, 23 people were still hospitalized, per the report. 10 of them were in serious condition, and three more were in critical condition. According to TV Azteca’s David Merando Felix, there was an initial early death toll of 17 after the incident. That, however, is still unofficial and is contrary to other reports — including one from Jalisco governor Enrique Alfaro.

The match on Saturday was suspended and not resumed in the 60th minute after fans started fighting at Querétaro’s Estadio Corregidora in the stands before it spilled onto the field. Horrific images showed several bodies lying motionless on the ground.

This game in #Queretaro vs #atlas is the craziest soccer riot I’ve ever seen on live TV. #LigaMX Queretaro fans decided to bum rush the field and just beat up everyone wearing an atlas shirt in the whole stadium. Women and children fleeing in panic. pic.twitter.com/DDHlQSKuF9

“FIFA is shocked at the tragic incident that took place at La Corregidora stadium in the city of Queretaro during the fixture between Querétaro and Atlas,” the organization said in a statement. “The violence was unacceptable and intolerable. FIFA joins the Mexican Football Association and CONCACAF in condemning this barbaric incident and encouraging the local authorities to bring swift justice to those responsible. Our thoughts are with all those who suffered its consequences.

“Once again FIFA would like to stress that violence should have absolutely no place in football and we will continue working with all parties to eradicate it from our game.”

All Liga MX games on Sunday were suspended as a result of the brawl.

“Unacceptable and unfortunate violence in the Estadio Corregidora in Querétaro,” Liga MX president Mikel Arriola said in a statement on Twitter in Spanish. “Those responsible for the lack of security in the stadium will be punished as an example. The safety of our players and fans is priority!” 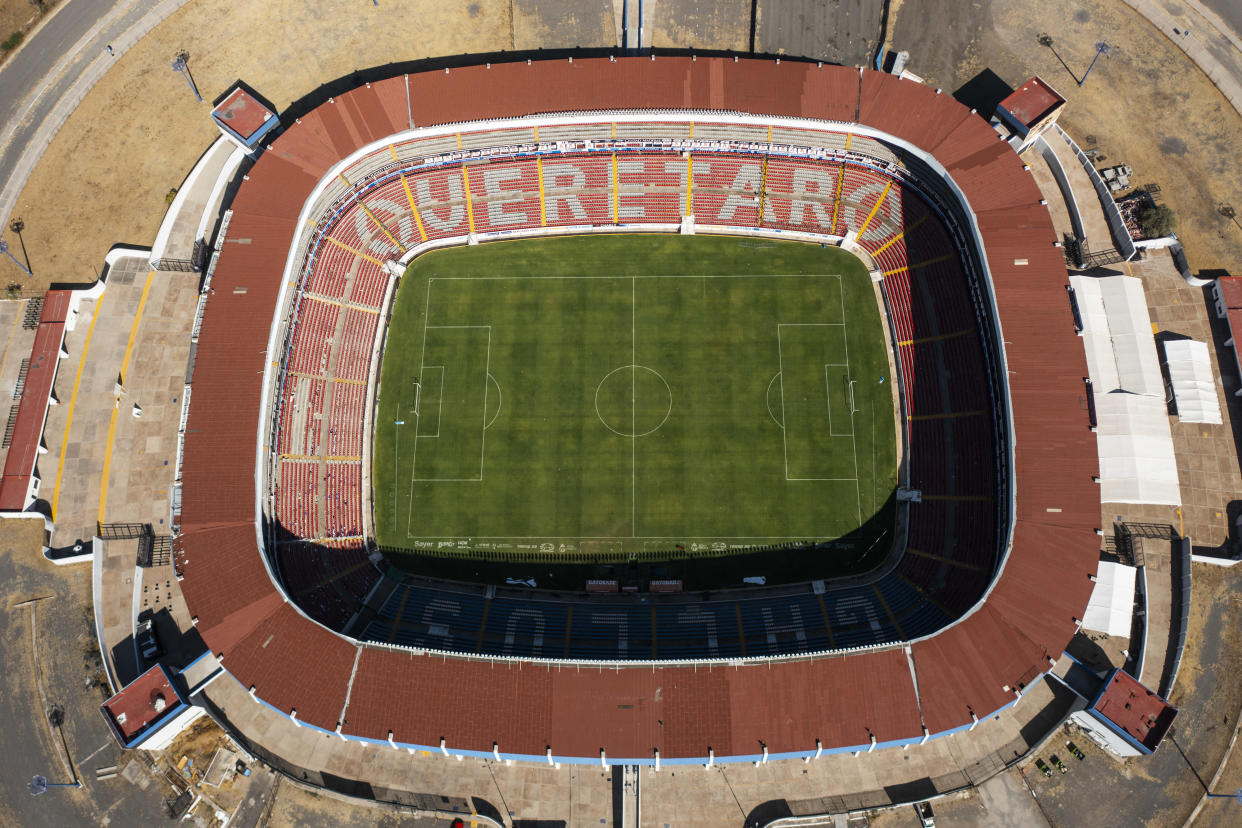