MEXICO CITY (Reuters) – Mexico’s president and the top U.S. business lobbying group called on President Donald Trump to back down from a threat to impose punitive tariffs on Mexican imports, in a dispute over migration that could shock Mexico’s economy.

Trump said he will introduce the tariffs on June 10 if Mexico does not halt the flow of illegal immigration, largely from Central America, across the U.S.-Mexican border, battering Mexican financial assets and denting global stocks.

The ultimatum from Trump is the biggest foreign policy test to date for Mexican President Andres Manuel Lopez Obrador and a tall order for Mexican security forces struggling not only to combat migrant flows but also to fight a record level of gang violence and homicide.

Mexico’s economy, which is heavily reliant on exports to the United States, shrank in the first quarter and would reel under U.S. tariffs that could reach as high as 25% this year under Trump’s plan.

Veteran leftist Lopez Obrador, who took office in December, predicted that Trump, who is also engaged in a worsening trade war with China, would ease up on his demand.

“I tell all Mexicans to have faith, we will overcome this attitude of the U.S. government, they will make rectifications because the Mexican people don’t deserve to be treated in the way being attempted,” Lopez Obrador told reporters.

In April, Trump took a step back from an earlier threat to completely close the U.S. border with Mexico to fight illegal immigration, under pressure from companies worried it would cause chaos for businesses. The tide of migrants crossing from Mexico has swelled, with U.S. officials saying that an average of 4,500 are arriving daily.

Mexican Foreign Minister Marcelo Ebrard said he would attend talks with U.S. Secretary of State Mike Pompeo in Washington on Wednesday to discuss the tariff issue.

The influential U.S. Chamber of Commerce is looking at ways to challenge Trump’s tariff move against Mexico, including legal options. “We have no choice but to pursue every option available to push back,” Neil Bradley, the business group’s executive vice president and chief policy officer, told reporters.

Other industry groups also criticized Trump’s threat, saying it would hurt American businesses, farmers and consumers who have already borne the brunt of the U.S.-China trade dispute.

The White House called on U.S. companies to persuade their Mexican partners to lobby their government to cooperate.

“Industry should be in communication with their counterparts in Mexico to encourage the Mexican government to work with the administration and stave off the dangerous crisis at our southern border as quickly as possible,” spokesman Judd Deere said.

Underscoring the interconnected nature of the U.S. and Mexican economies, the U.S.-based Beer Institute said most Mexican beer sold in the United States is made from U.S.-grown barley and hops.

“Whether it be the truck driver, farmer, distributor, local retailer or favorite tavern, every community in America will be affected by this decision,” Jim McGreevy, the institute’s president and chief executive, said of the proposed tariffs.

Mexico sends 600,000 to 700,000 barrels of oil to the United States every day, mostly to refiners, and buys more than 1 million barrels per day of U.S. crude and fuel, more than any other country. Analysts are concerned that retaliatory tariffs from Mexico could disrupt that trade.

Trump, who has embraced protectionism as part of an “America First” agenda aimed at reshaping global trade, said in a tweet on Thursday he would ratchet up tariffs on Mexico “until the Illegal Immigration problem is remedied.” 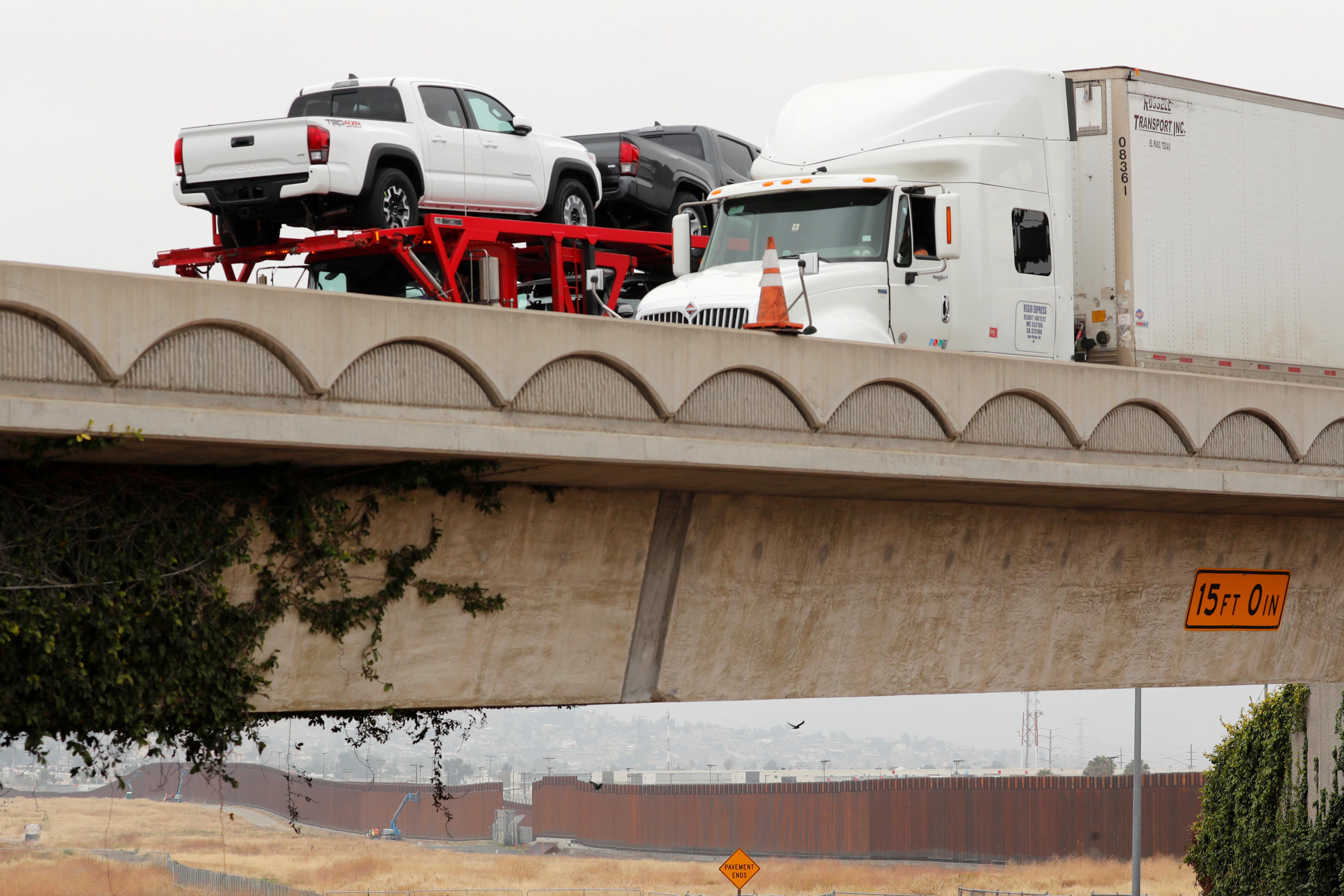 The plan would impose a 5% tariff on Mexican imports starting on June 10 and increase monthly, up to 25% on Oct. 1.

Such levies would deliver a heavy blow to Mexico’s economy, which is underpinned by exports to the United States of goods from avocados and tequila to televisions and cars made by companies such as Ford Motor Coand Nissan.

Mexico sends around 80 percent of its exports to the United States and is one of America’s top trading partners.

Mexican officials have signaled they will respond in kind if Washington actually imposes tariffs, steps likely to target regions with high concentrations of Trump voters.

Mexican stocks slid 1.4% on Friday as equities fell across the region, while the peso softened 2.3%.

Trump sought to turn up the pressure again on Friday.

“Mexico makes a FORTUNE from the U.S., have for decades, they can easily fix this problem. Time for them to finally do what must be done!” Trump wrote on Twitter.

Trump vowed frequently during his 2016 election campaign to make Mexico pay for construction of a wall on the U.S.-Mexican border to curb illegal immigration, but successive Mexican governments have firmly rejected that idea.

The U.S. Congress also refused a request from Trump for $5.7 billion to help build the wall, prompting him to declare a national emergency and try to divert funds from other areas of the U.S. government. The issue is now in the courts.

Trump and fellow Republicans say something needs to be done to stem the biggest migrant surge on the border in a decade. 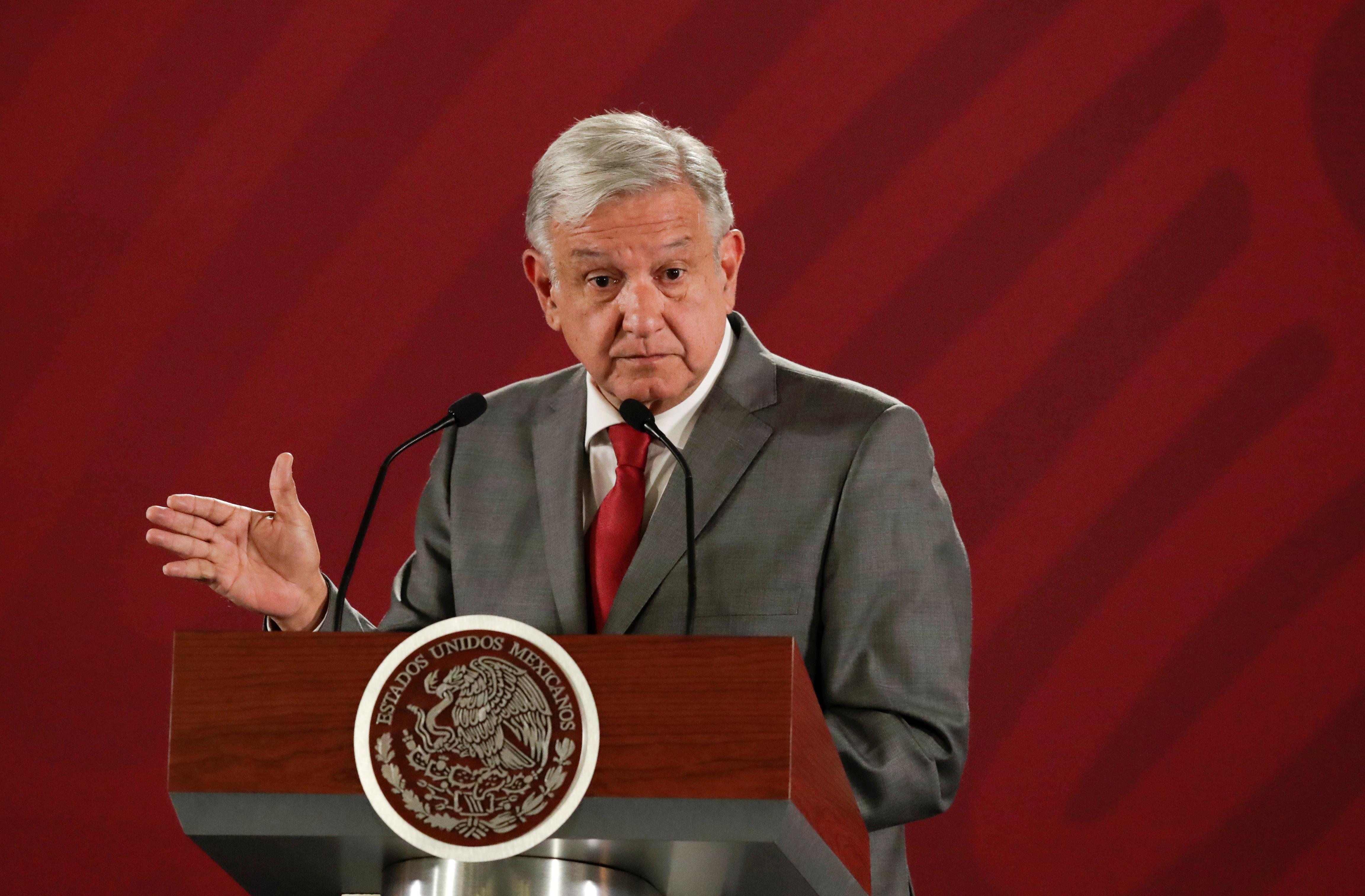 U.S. officials say 80,000 people are being held in custody, and the 4,500 mostly Central American migrants that on average are arriving daily are overwhelming the abilities of Border Patrol officials.

A senior White House official said Trump was particularly concerned that U.S. border agents apprehended a group of 1,036 migrants illegally crossing from Mexico on Wednesday, the largest single group since October, officials said. Before making the threat, Trump posted a video purporting to show the crossing on his Twitter feed.

Since taking office in December, Mexico’s Lopez Obrador has urged Trump to help him tackle migration by promoting economic development in Guatemala, Honduras and El Salvador, the poor Central American countries where most of the migrants apprehended on the U.S. border come from.