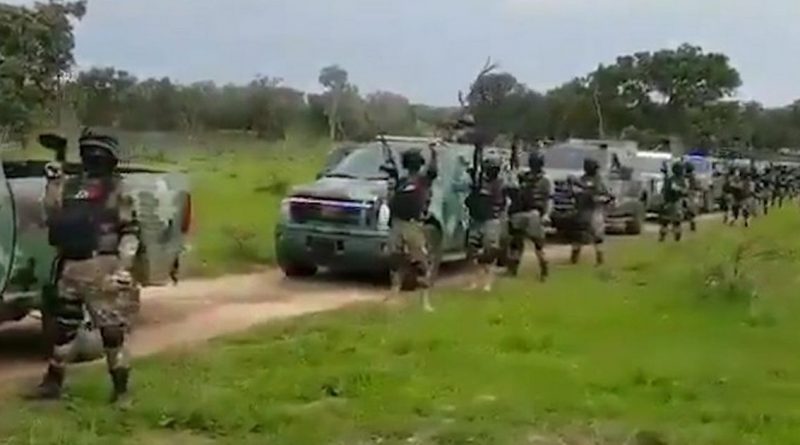 Mexico’s most powerful cartel is in the grip of a civil war, as bloodthirsty bosses compete for territory.

While the gang has managed to expand rapidly across the country, internal tensions have emerged in the state of Jalisco.

Last year, he went after local CJNG leader Agustín Gonzalez Chavarin – who was eventually arrested – and has since placed bounties on other members’ heads, it is claimed.

This inner conflict could have a wider impact on the cartel, an expert has claimed.

Robert Almonte, a former US federal marshal who spent 25 years in El Paso's Police Department tackling narcotics, told the Daily Star: “This conflict could have the potential to weaken the CJNG in general, if the situation is not resolved one way or the other soon.

“However, I do not foresee this conflict lasting too long. To the extent of how this could weaken the CJNG would depend on what El Mencho does.

“Part of this may be part of El Mencho's strategy to allow Varela to outmuscle…others in that area, without directly making it happen."

Valera, who has important drug connections in South America, is “not afraid to use violence”.

Asked how the CJNG leader may respond, Mr Almonte said: “This remains to be seen, especially if Varela is indirectly taking over control of the area with El Mencho's blessing.

“This area is too important for El Mencho to lose, and he may only have faith in Varela to do whatever is necessary to maintain control.”

It comes after one of Mencho’s key lieutenants was extradited to the US to face trial.

El Cherri, who was initially captured in 2016, has been accused of “drug trafficking and money laundering” for the CJNG.