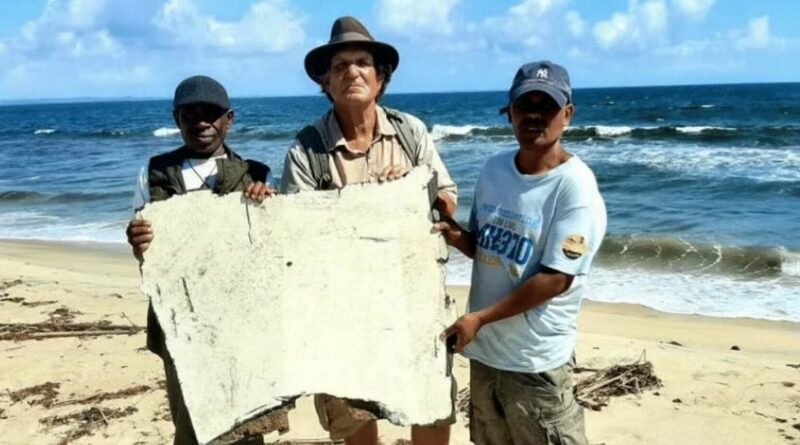 Debris from the tragic missing MH370 flight could have provided a bombshell clue of a plot to sink the plane permanently, experts have claimed.

Landing gear could be inherently important to the solving of the MH370 mystery, with one expert claiming recently discovered debris points to purposeful sabotage.

The jet, which disappeared on March 8, 2014 had disappeared from flight radars during its flight from Kuala Lumpur to Beijing and has since been at the heart of aviation mysteries.

READ MORE: Woman chucked out of New Zealand 'for being too fat' as visa row forces her from country

One claim from expert British engineer Richard Godfrey and wreckage hunter Blaine Gibson is that the airliner was crashed on purpose, and their claims stem from the landing gear discovery.

Said debris could have been a sign that one of the pilots lowered the aircraft's wheels in the final seconds of the flight, with the pair citing trunnion door damage as potential criminal intent.

Speaking to The Times about their discovery and the implications of it, Godfrey said that the landing gear door is "the first item of physical evidence that indicates a possible criminal intent behind the demise of MH370."

The flight, operated by pilot Zaharie Ahmad Shah, had disappeared from radars in 2014 and the final resting place of the flight has yet to be found.

Godfrey and Gibson recently published a paper detailing the evidence, and claim that there is "clear intent to hide the evidence of the crash."

Their report read: "The combination of the high speed impact designed to break up the aircraft and the extended landing gear designed to sink the aircraft as fast as possible both show a clear intent to hide the evidence of the crash.

"The realistic possibility that the landing gear was lowered shows both an active pilot and an attempt to ensure the plane sank as fast as possible after impact."

It comes as the pair commented on the "level of damage" and the "extreme force" seen on the surface of the recently revealed debris.

They added that whatever the cause of the "slicing damage", the discovery of a damaged trunnion door could mean "that there was an active pilot until the end of the flight."