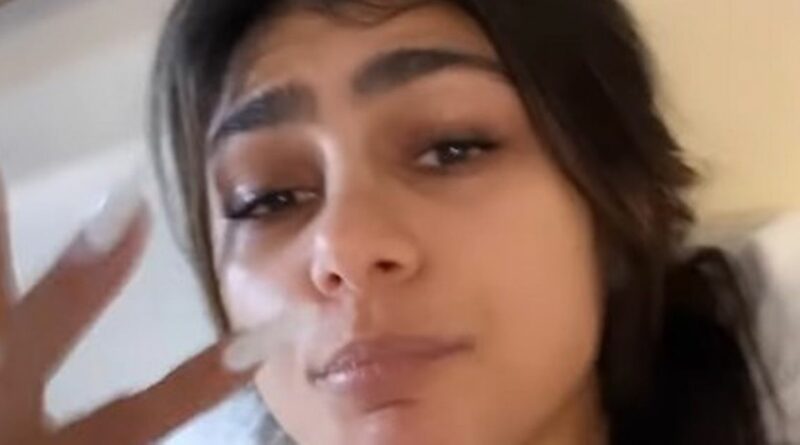 Ex-Pornhub legend and OnlyFans star Mia Khalifa has taken aim at "predatory men" who date girls much younger than them.

Speaking on her Instagram story, she said: "One of the scarier parts isn't necessarily that men think this way but that men think 'oh wow you're just old'.

"By the way I'm not even 30 yet, neither is Em Rata [Ratajkowski], because we're saying that a 30-year-old should not date an 18-year-old.

"That is a child, she is a child. Her pre-frontal cortex still works like a child. Therefore a man going after a woman that young is a f***ing predator."

However, Mia says she does not disapprove of couples with big age gaps if the woman is older than 25 – but believes a man in his 30s dating a teenager is not OK.

"And the headlines that I've seen running saying 'Mia Khlaifa thinks Amol Clooney and George Clooney's relationship is inappropriate because of the age gap'.

"After 25 if you wanna date someone with a 30-year age gap, that's on you, you have been able to calculate that decision like an adult

"If a 30-year-old is going out with an 18 year-old it's because he had nothing going on with anyone of his own age."

It is not clear what sparked her decision to vent on the issue, but she revealed she was once herself dating a man much older than herself when she was a teenager.

"I'm not opining here. I'm speaking from genuine experience because I have been that 18-year-old girl vehemently defending that I'm with someone significantly older than myself," she said.

"These weak insecure old men go after young women because they're easy. Easy as in they're not going to hold you accountable."

Mia, 29, was getting into the festive spirit, sharing a snap with her 30 million followers of her raising a drink to a naked Christmas tree in the back of her room.