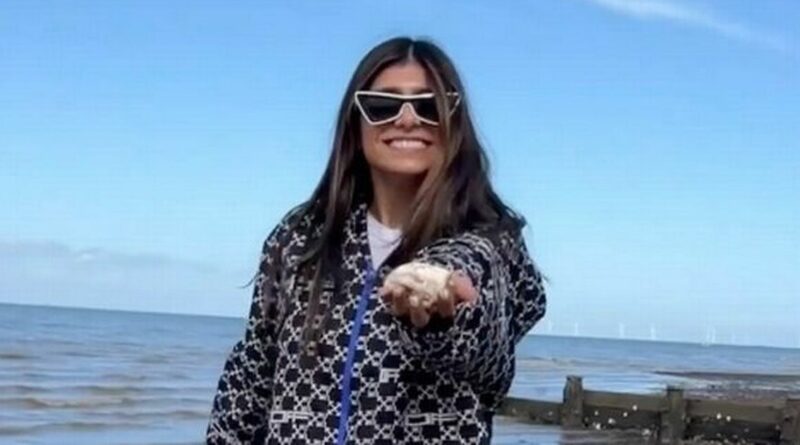 Ex-porn phenomenon Mia Khalifa has sent a cryptic thank you message after yet another trip to a Brit seaside town that she "adores".

Khalifa, 29, has been to Whitstable, Kent, on several occasions and she admitted that she "adores" the "peaceful" getaway.

Khalifa, who has been single since her recent split from Puerto Rican rapper Jhay Cortez, wrote on her Instagram story on Wednesday, November 23, saying: "Whitstable, I adore you."

Alongside the text was a picture of a tractor and some small boats down by the town's seafront.

In another story she wrote: "Thank you for another peaceful getaway by the sea."

Who she was thanking is unclear.

Khalifa, who lives in Miami, is known for her love for London, but is developing a soft spot for Whitstable having also visited in October.

Braving the cold, she stayed for two long weeks in the town and admitted she was "heartbroken" to leave.

"Been in Whitstable the past two weeks and I'm heartbroken to leave," she said on her Instagram on October 11, tagging Whitstable Seafront as her location.

The Lebanese-American star praised the sunsets in the town and shared a few snaps of her frolicking on the beach.

And also known for her gastronomic flair, she did of course have the classic fish and chips after finding fresh oysters, too.

She soon went back to the "city slicking and deal closing" of London, sharing her despair to be leaving her quaint seaside getaway.

It comes after she enjoyed the ocean breeze in Faversham, Kent, in September as she captioned one story "proper British sea(mud) town".

The beauty also shared a series of snaps from the blissful getaway of her frolicking through the streets of the market town.