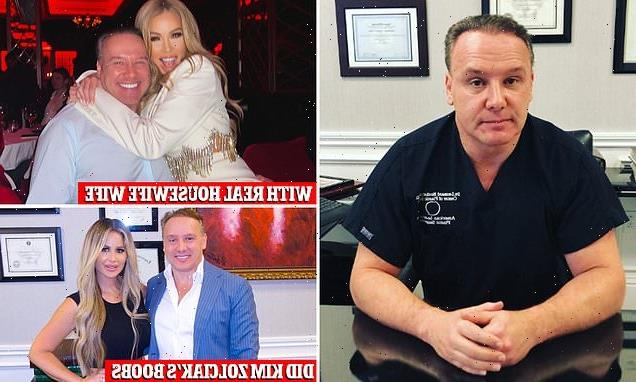 A celebrity plastic surgeon dubbed ‘the Boob God’ has been sued for malpractice for a fourth time after one of his patients allegedly suffered sepsis and necrosis following  a boob job.

Dr Leonard ‘Lenny’ Hochstein, 55, faces a lawsuit from former patient Maylen Ortega, who claims she suffered a dangerous infection and that parts of her flesh died thanks to her April 2019 makeover, which also included a tummy-tuck.

Her lawsuit – vehemently denied by Miami-based Hochstein – alleges he ‘failed to follow the prevailing standard of medical care required of medical professional,’ following her surgery in at the Med Spa South Florida.

The lawsuit further claims that Ortega’s incisions ‘began turning purple and seemingly necrotic,’ just two days after the surgery. Ortega says she had called Hochstein’s office for weeks regarding her body’s wellness but ‘was never attended nor responded to.’

She decided to seek medical attention at a local hospital after ‘being in excruciating pain and was in critical care,’ for some time. The lawsuit claims that Ortega had a blood supply shortage following her surgery, ‘which in turn caused necrosis and death of tissue, leading to loss of the entire lower abdominal wall.’ 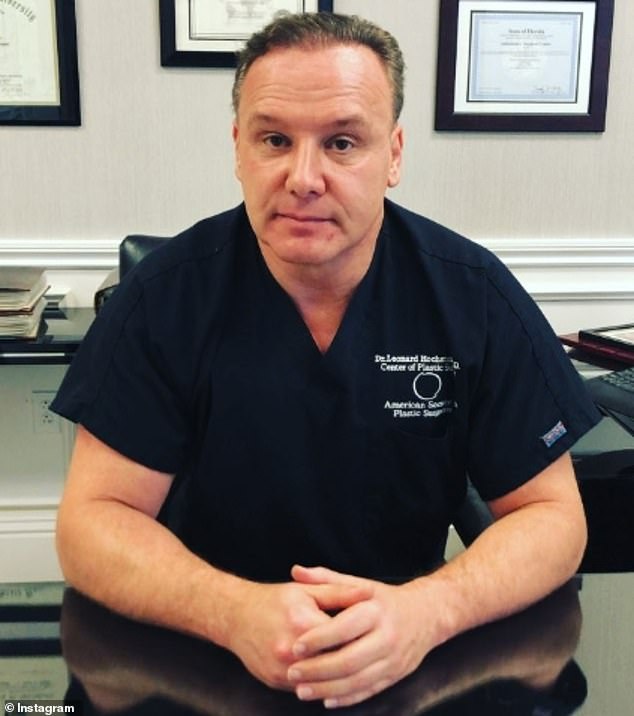 Dr Leonard ‘Lenny’ Hochstein, 55, is facing his fourth lawsuit in less than three years after one of his patients in 2019, Maylen Ortega, recently filed a lawsuit against him after her incisions had allegedly ‘began turning purple and seemingly necrotic,’ just two days after breast enlargement and abdominoplasty surgery

Ortega had to go under the knife once more but for skin grafting of the area to repair the damage this time. She alleges in her lawsuit that she is currently going through ‘permanent disfigurement, mental anguish, psychological injury, extreme scarring, increased change for the necessity of further surgery, embarrassment and humiliation’ and more.

She is now suing Hochstein, whose celebrity clients include Real Housewife of Atlanta Kim Zociak, for at least $30,000 of damages and is also requesting a trial by jury.

Hochstein, whose wife is Real Housewife of Miami Lisa Hochstein, 39, says the lawsuit’s filing date of August 2021 came four months after the statute of limitations expired, and that Ortega only became sick after failing to follow his post-operative recovery instructions. 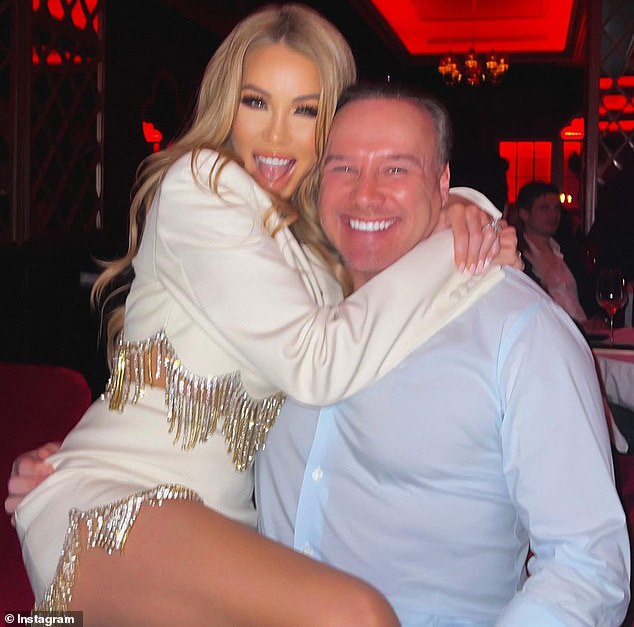 The lawsuit claims that Hochstein had a blood supply shortage after Hochstein operated on her. Pictured: Dr Hochstein and his wife The Real Housewives of Miami star Lisa Hochstein 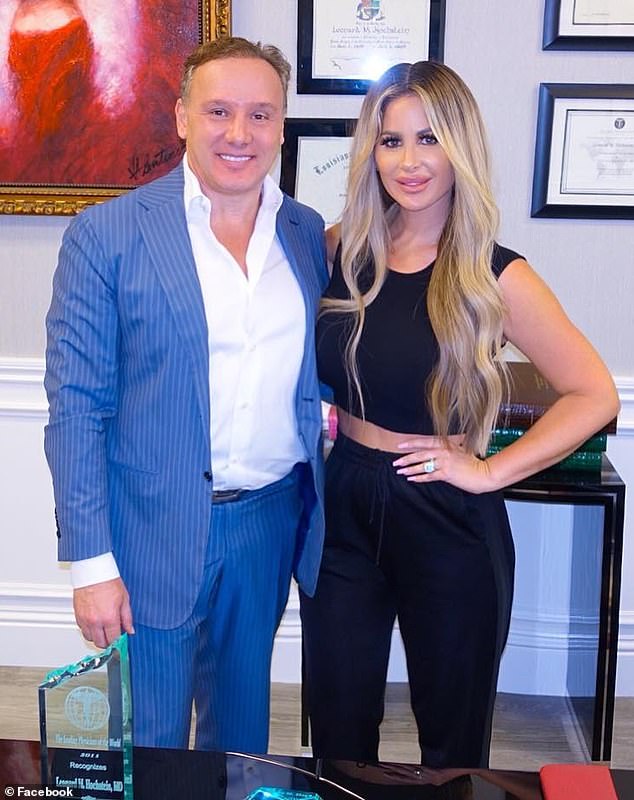 In response, Hochstein described his former client’s allegations as a ‘sham’ and has denied any malpractice. He even requested to have Ortega’s lawsuit dismissed, via his attorneys, for several reasons, one of them being that Ortega had filed after the statute of limitations expired.

‘There was no malpractice,’ Hochstein said in a statement, shared by Page Six. ‘This case has no merit based upon the patient’s noncompliance with clear and direct physician orders.’

However, a case management filing has been brought forward, extending the suit’s proceedings through 2023.

Meanwhile, this is not the first time that Hochstein, whose net worth is estimated to be at $50 million has been involved in lawsuit for allegations of malpractice. Three other lawsuits against him are still pending.

Prior to his legal battle with Ortega, he was sued in August 2021 by a patient named Jennifer Geci, who alleged that she had ‘altered and deformed genitalia,’ following surgery that he had performed on her.

Another woman, Luz Del Alba, also filed a lawsuit against Hochstein in June 2021, citing that she was left with ‘large open wounds’ and ‘significant limitation’ of the movement in her arms following the surgeon’s lifting of her thigh and arm.

Christine Wilson was the first woman to sue Hochstein in 2019 for ‘pain and suffering’ following complications from her procedures.

Hochstein denied any wrongdoing while performing surgery on Wilson at the time, according to Page Six, and shifted the responsibility on his assistant.

‘In 2017, I interviewed a surgical assistant to possibly hire for my practice. As part of the interview process, he was asked to perform skin closure,’ he said.

‘Ultimately, I decided against hiring him, but the needle left in Ms. Wilson is strictly due to his negligence. I reached out to Ms. Wilson in hopes of remedying his error, but she has chosen to sue me instead.’

When asked about Geci’s lawsuit, he said: ‘I take the other allegations seriously and look forward to my day in court so that I can clear my reputation.’

‘I have been a surgeon for 31 years. Up until this time I have never been sued for malpractice. In this litigious environment that is quite an accomplishment. I can also tell you my lawyer firmly believes we will prevail in these two cases as well.’ 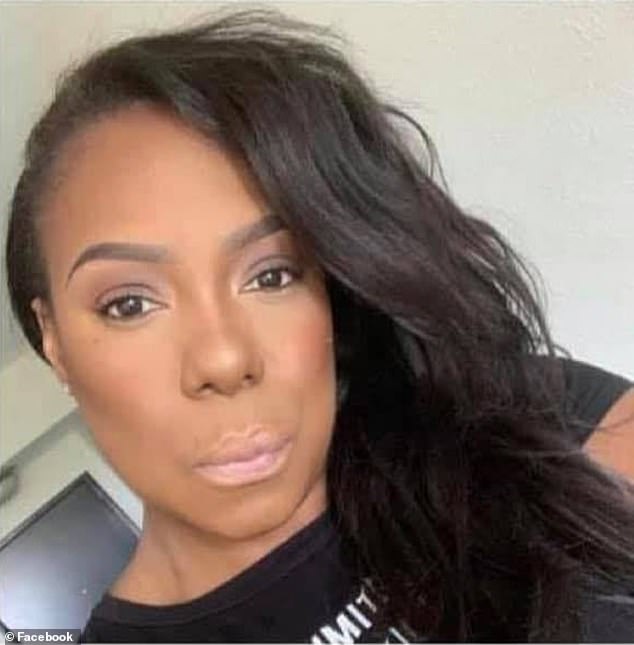 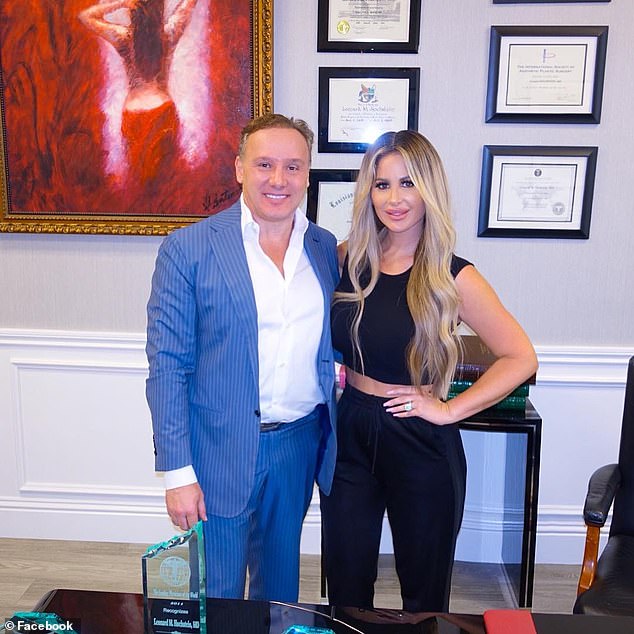 Hochstein has also filed a lawsuit himself, against RealSelf, a medical review website, after he had many negative reviews on his practice.

In the lawsuit, he described the reviews as ‘false, defamatory, and/or posted not by a real patient or person who actually received the services of the doctor.’

The website fired back at the surgeon’s allegations, via its attorney, saying: ‘The vast majority of plastic surgeons understand that the consumer empowerment RealSelf enables is good for patients and providers alike…’

‘Unfortunately, sometimes a doctor will resort to ill-advised litigation rather than taking online feedback and trying to improve. In such cases, we defend ourselves vigorously, including seeking recovery of legal fees when such cases are thrown out of court.’

All four lawsuits against Hochstein are still in progress although it remains unknown when is the next legal proceeding in Ortega’s complaint.