Astonishing audio has emerged of a never-before-broadcast interview that Michael Jackson gave to Piers Morgan in 1999 in which he says he would ‘slit his wrists’ before ever abusing children.

Jackson insists he ‘wouldn’t care to live’ if it weren’t for children and rails against the Press for being ‘so hard on me’ in the way it covered his relationship with youngsters. 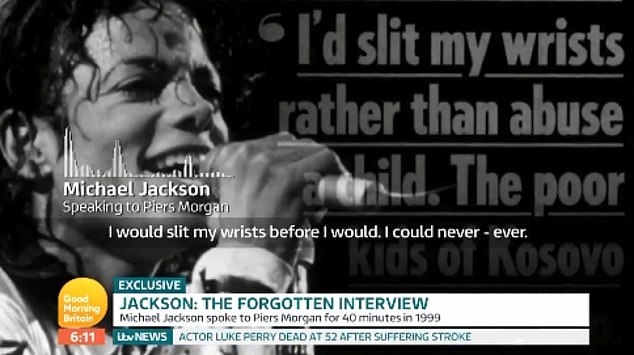 In the newly broadcast audio, Michael Jackson insists he ‘wouldn’t care to live’ if it weren’t for children and rails against the Press for being ‘so hard on me’ in the way it covered his relationship with youngsters 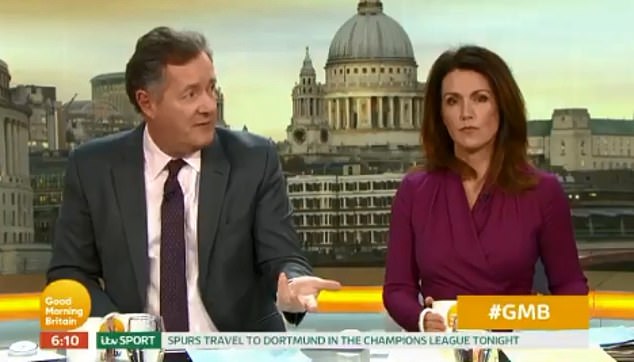 Piers Morgan spoke to Jackson over the phone in 1999, and the footage was aired on Good Morning Britain today

Piers Morgan said Jackson phoned his office after coming to London to open Harrods for his friend Mohammed Al Fayed. The GMB presenter had asked for an interview but had not expected him to phone.

‘If it weren’t for children I would throw in the towel, I would kill myself, I wouldn’t care to live. They give me my inspiration, they inspire me.’

Morgan, who found the audio on the Internet after searching it on Google, then asked him if he had ever harmed children.

Jackson said: ‘I would slit my wrist before I could, I would never, ever.’

He then discussed his love of London, before saying he had not moved there because of coverage in British newspapers. 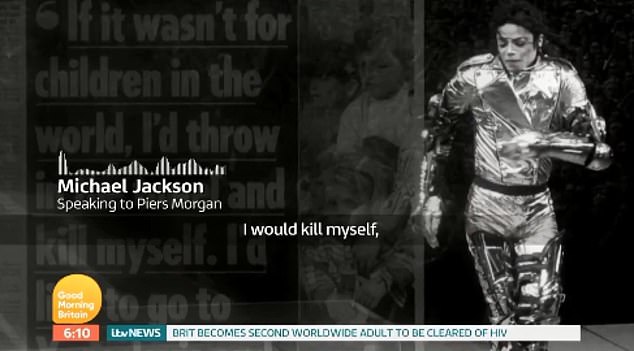 ‘I would love to live in London because I love it so much it’s just the Press are so hard on me here,’ he said.

‘And that breaks my heart because I brought Minnie and Mickie Mouse all the way from Disney and they made fun of me.

‘I just want to be honest and do good and make people happy and give them the greatest sense of escapism through the talent God has given me, that’s all I want to do.

‘I just want them to leave me alone and let me do what I want to do, which is to share and give and put a smile on people’s face and make them feel happy.’

Two men, Wade Robson and James Safechuck, allege that Jackson raped them when they were boys. They told their stories in a documentary that airs in the UK this week. 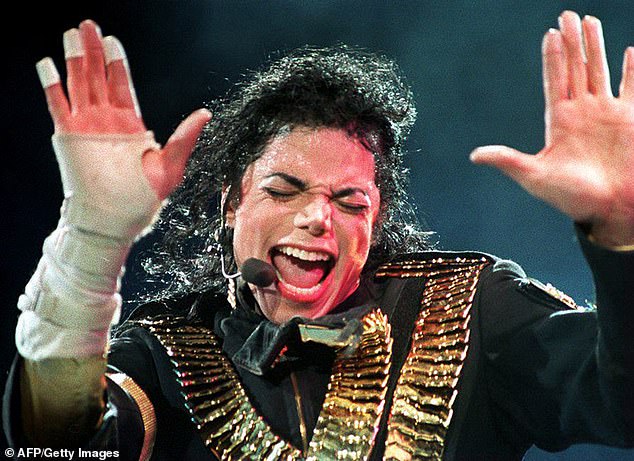 Two men, Wade Robson and James Safechuck, allege that Jackson (pictured on August 31, 1993, in Singapore) raped them when they were boys. They spoke to a new documentary that airs in the UK this week