‘He’s gone… he’s cold’: The Wire star Michael K. Williams’ nephew describes harrowing moment he found actor’s body after drug overdose as he says he did not appear to be ‘sliding back into addiction’

The nephew of The Wire star Michael K. Williams has spoken of the moment he found his uncle’s body after a drug overdose.

Dupont was speaking about his uncle, made famous by the role of Omar Little in groundbreaking HBO series The Wire, to Jada Pinkett Smith on an episode of Red Table Talk that focused on the dangers of the deadly opiate fentanyl.

‘I think a lot of what happened — what I saw on September 6 — I’m still processing,’ Dupont said. ‘Michael was an amazing human being.’

Describing the moment he found Williams, Dupont said he stuck his head in the house and said: ”Uncle Mike, are you in here?” And I observed him deceased.’ 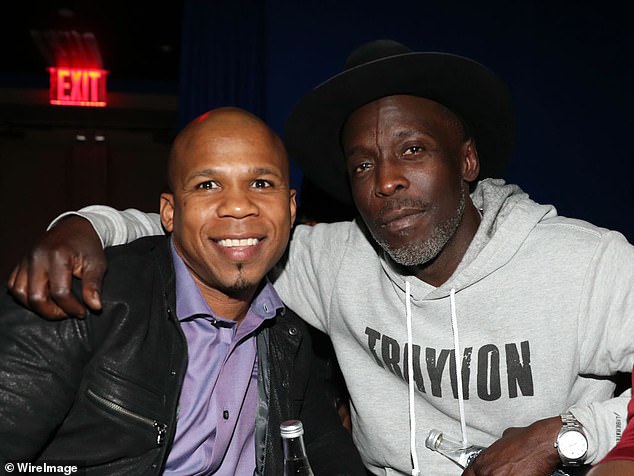 Dominic Dupont (L) and Michael K. Williams attend the pre-screening of the HBO documentary they made, ‘Raised In The System’, on April 3 2018. Dupont found the body of Williams on Sept 6 last year, having died of a drug overdose 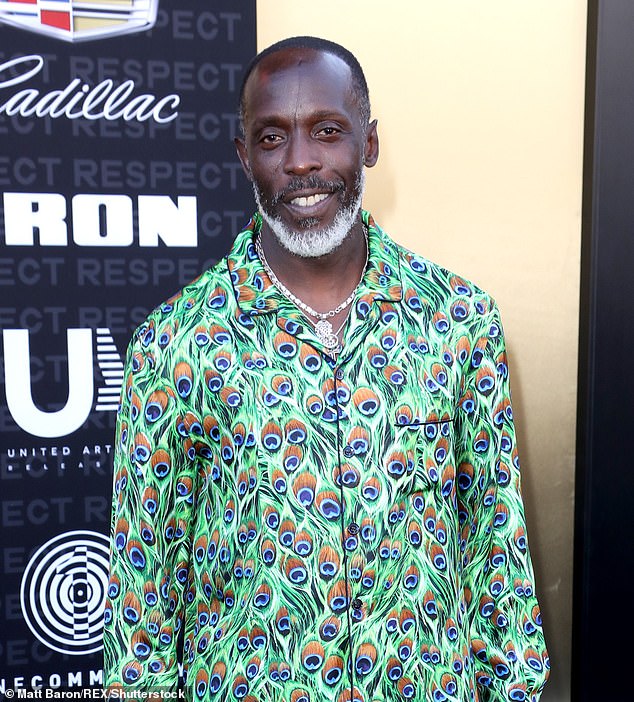 Michael K. Williams at the ‘Respect’ film premiere on Aug 8 2021, just a month before his death 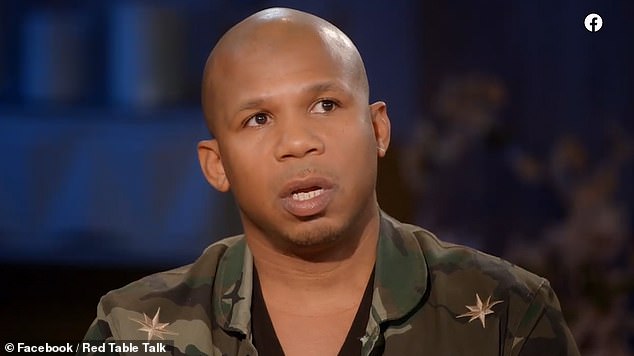 Dominic Dupont, the nephew of the late Michael K Williams, who was speaking to Jada Pinkett Smith on Red Table Talk 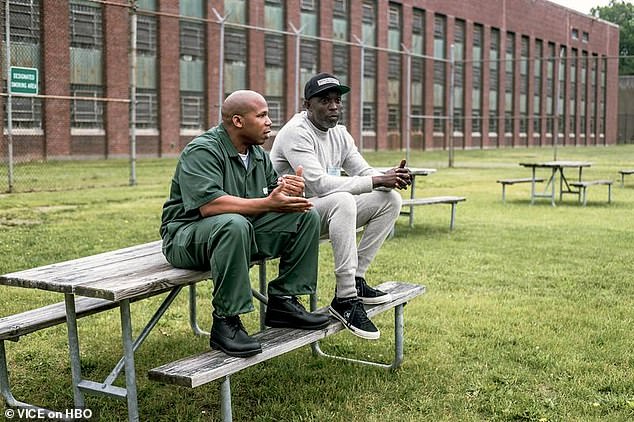 Michael Kenneth Williams speaks with his nephew Dominic DuPont in the maximum security prison where Dominic was serving a 25 year to life sentence for a 2nd degree murder conviction as a teen. He was granted clemency in 2017 after serving 20 years 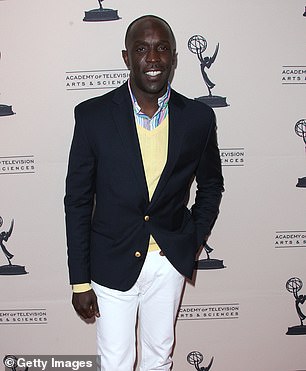 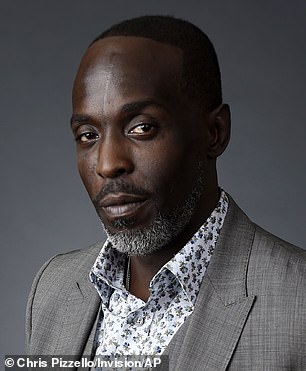 Dupont explained that he had gone with his wife to visit his uncle after not hearing from him for two days.

‘I went upstairs, opened his door and it was quiet – Michael always played music. I stuck my head in and said ”Uncle Mike? Are you in here?”

He knew immediately that Williams had died, surrounded by drug paraphernalia.

Reporters were already gathering outside his window as news spread of the death of the 5-time-Emmy-nominated actor within an hour.

Williams had fought with addiction in the past, which he had been candid about during his career, but Dupont said he ‘was doing well’ before the relapse.

‘He was working on a book. It did not appear to me that Mike was sliding back into addiction,’ he said.

Williams mentored his nephew even after Dupont was convicted of murder at 19 years of age in 1997, receiving a 25 year jail sentence for shooting and killing a man to protect his twin brother in a fight.

Dupont was granted clemency for his leadership and positive impact in the prison system and released from prison in 2018 after serving 20 years. 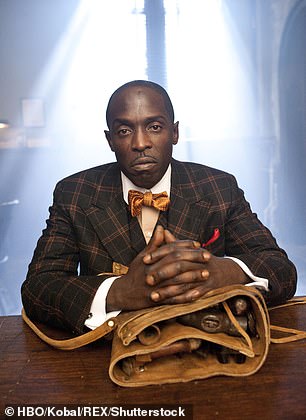 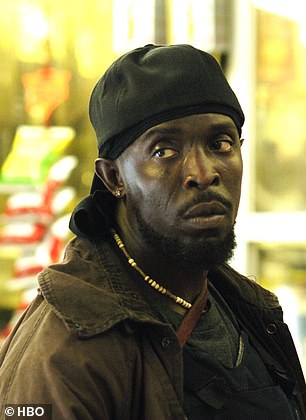 Williams is seen above as Omar Little from The Wire (right) and Chalky White from Boardwalk Empire (right).  Dupont stuck his head into Williams’ living room and said ”Uncle Mike? Are you in here?” 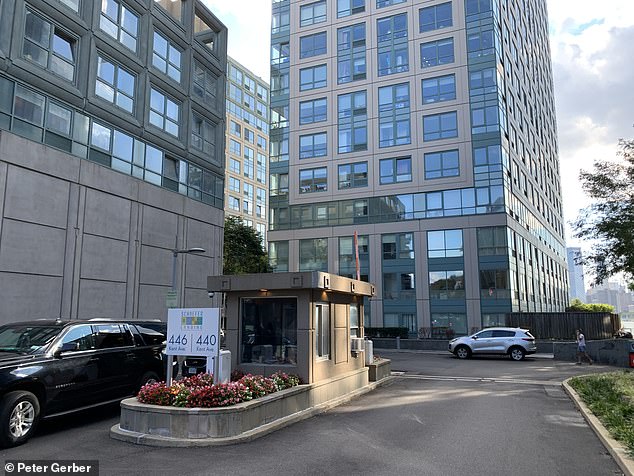 Dupont discovered Williams inside his penthouse apartment, located in the trendy Brooklyn neighborhood of Williamsburg

He made an HBO documentary with Williams on his experiences called ‘Raised in the System’.

‘Mike didn’t appear to be overwhelmed or dealing with any major issues over the past five years,’ Dupont said.

‘But Michael also worked really hard not to have the things that he was going through weigh on other people. And he was an actor, right? I mean, you can fool people. You can convince people that you’re okay.’

But Dupont was adamant that, despite any demons Williams might have been facing, he would not knowingly have taken fentanyl.

‘Fentanyl finding its way into our communities is the reason why I know Michael would want me here.

‘A huge part of what my life entails now is honoring his legacy … Michael believed we don’t sit back and just look at things fall apart and just become complacent. If we do, we are complicit.

‘We have to work hard to make people aware of what is happening so that other people don’t have to feel the type of pain I’ve felt.’

Four men were arrested in connection with Williams’ death in February.  Hector Robles, Luis Cruz, Carlos Macci and Irvin Cartagena were each charged with narcotics conspiracy for distributing the fentanyl-laced heroin that is believed to have killed the TV star.

Surveillance video released by investigators appeared to show Cartagena handing Williams the deadly drugs one day before the star’s body was found. 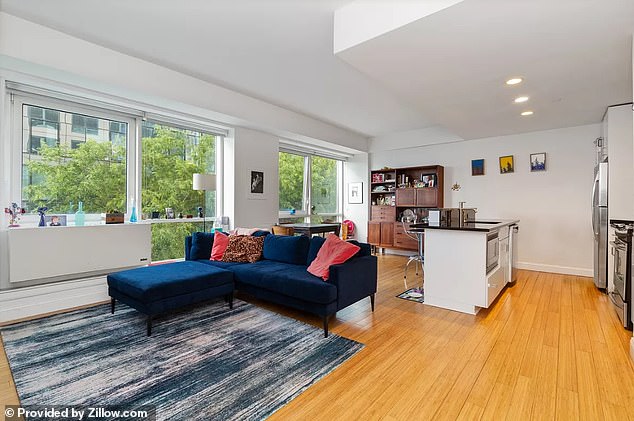 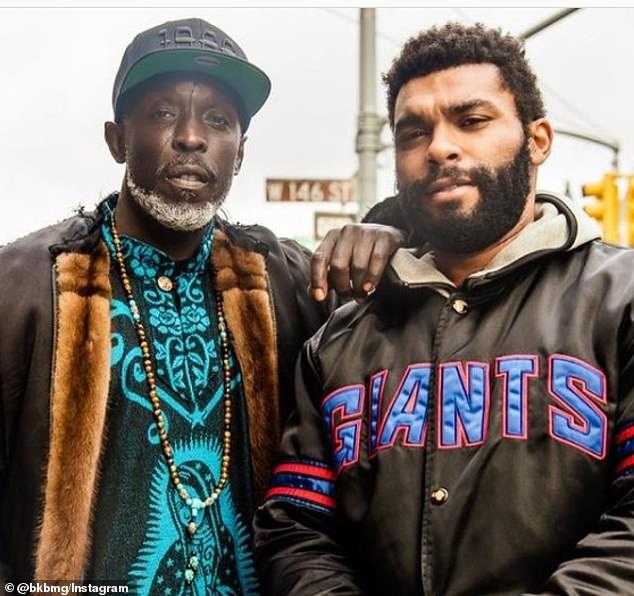 Williams is survived by an adult son named Elijah. The pair are pictured together in a snap shared to Instagram by Williams this past January

Williams was born in East Flatbush, Brooklyn and spent he spent his childhood in the projects surrounded by drugs and violence.

As a young boy, he was sexually molested. He told The New York Times that that experience left him confused about his own sexuality and caused him to be withdrawn.

On the eve of his 25th birthday, in 1991, Williams attempted to intervene when a group of muggers jumped one of his friends. One of the assailants pulled out a knife and slashed him, leaving him with a long, distinctive scar down the front of his face and neck. 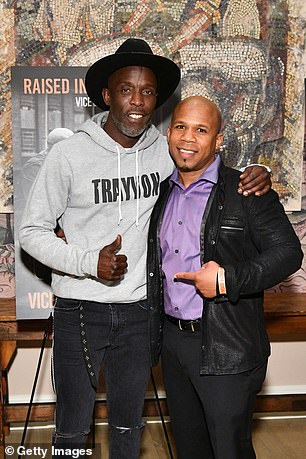 Dupont and Williams were always close, and Williams continued to support Dupont even after he was sentences to life in jail for murder as a teenager

Williams made his film debut in 1996, appearing alongside Tupac Shakur in the film Bullet.

Three years later, he played a drug dealer in Martin Scorsese’s Bringing Out the Dead. He also landed a brief cameo in the HBO hit show The Sopranos.

However, in 2002, he landed the definitive role for his career, playing Omar Little in The Wire.

Williams was open about his struggles with drug addiction. Since the age of 19, he went in and out of clinics to seek treatment.

During his years filming The Wire, Williams relapsed. In 2005, he entered a church in New Jersey seeking help with his drug problem.

Despite his ongoing drug struggles, Williams enjoyed continued success following the conclusion of The Wire.

From 2010 to 2014, he played Chalky White on Boardwalk Empire. He also appeared in films including 12 Years A Slave, Inherent Vice, and Motherless Brooklyn.

In 2019, he returned to the small screen, starring in the Netflix miniseries When They See Us, which earned him another Emmy nod.

Last year, he played Montrose Freeman in the HBO series Lovecraft Country. He also featured in an episode of the late Anthony Bourdain’s Travel Channel Show, No Reservations.