Ten migrants were arrested at Athens airport as they tried to sneak into Europe while pretending to be a volleyball team attending a tournament.

They were seized after touching down in Greece with police officers saying that the migrants were wearing matching tracksuits and carrying sports bags and balls.

Believed to be Syrian nationals, the migrants were attempting to travel to Switzerland when they were caught. 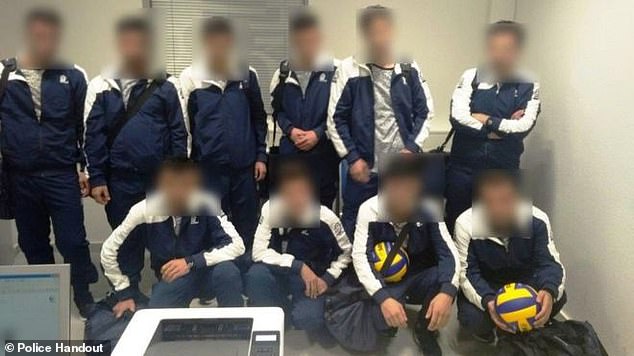 The group were arrested because of their passports, which appeared to be from the Ukraine.

Greece has become a popular destination for migrants trying to get into Europe, with around 36,000 people entering the country already this year.

In April this year, there were several days of violent clashes between migrants and Greek police.

Hundreds of protesting migrants clashed with police in northern Greece, throwing rocks at officers who responded with tear gas and stun grenades.

In August, on the island of Lesbos, 16 rubber dinghies packed with 547 migrants – more than 240 of them children – landed at the fishing village of Skala Sikamia. 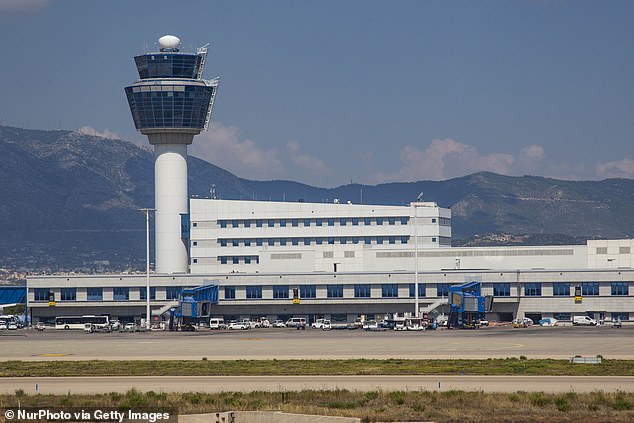 The migrants, believed to be Syrian nationals, were attempting to travel to Switzerland when they were caught at Athens airport (stock)

They arrived within the space of around an hour while another 32 people in a different vessel were rescued at sea and transported to land.

In the UK, more than 200 migrants are thought to have attempted to cross the channel this month, adding to a record 336 who arrived in Britain in August.

Two boats, each carrying between eight and ten migrants, were picked up by Border Force in Dover yesterday.

The smaller vessel contained eight migrants who presented themselves as Afghan and Iranian nationals.