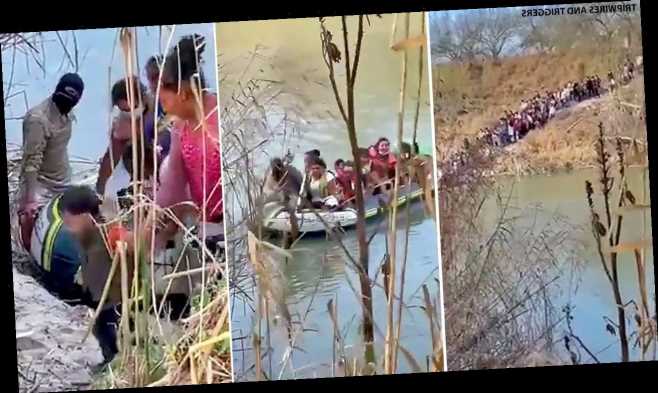 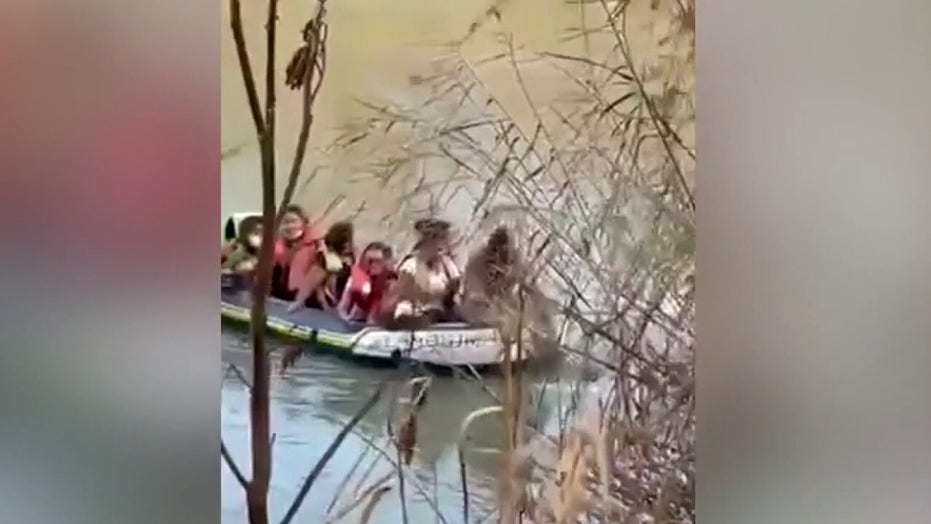 Griff Jenkins reports on the river crossings as lawmakers prepare to tour a migrant facility in Laredo, Texas.

A video posted to social media shows hundreds of migrants waiting to cross the Rio Grande into Texas, even as the Biden administration insists that there is no “crisis” at the border.

The video appeared on the TikTok account of “Tripwires & Triggers,” a service started by Jaeson Jones to keep the public informed about the situation at the southern border.

Jones, who previously served as a captain in the Intelligence and Counterterrorism Division of the Texas Department of Public Safety, narrates the video. 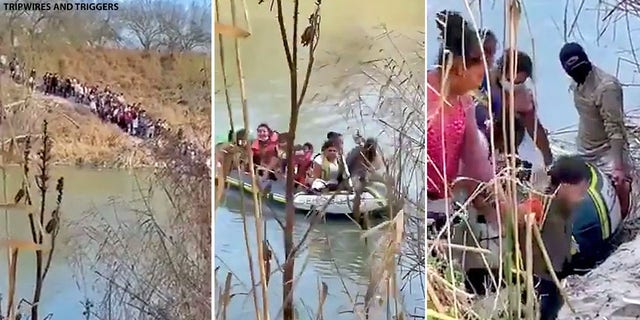 “What you are about to see are migrants who have just paid the Peso or the tax to the Cartels and an independent smuggling group working directly for a Cartel,” Jones said as the video shows a raft crossing the river with almost a dozen migrants.

“You’re literally seeing a handoff from a criminal organization, that is responsible for thousands of murders in Mexico, handing these people off to a U.S. law enforcement officer,” Jones said.

A version of the video without commentary later appeared on Twitter.

Jones has extensively covered the situation across the border, and he claimed in the video that Customs and Border Protection (CBP) officers have been moved from border security to migrant care and processing.

The video hits the internet as the White House denies any kind of “open border” with Mexico.

Press secretary Jen Psaki said Thursday that there has been “a large flow of children” crossing the border, but she insisted that a majority of migrants have been turned away via Title 42 health protections.

“We certainly also recognize because the president and our administration has made a decision that the way to humanely approach immigration is to allow for unaccompanied children to come and be treated with humanity and be in a safe place while we’re… trying to get them into homes and sponsors homes that some more may come to our border,” Psaki said.

The Biden administration has refused to call the dramatic increase in migrants — particularly child migrants, who cannot be expelled under Title 42 — a crisis.

Coronavirus testing the border also has presented a problem, with Border Patrol not testing any migrants.

The city of Brownsville has tested individuals since Jan. 25, with 204 of the 1,700 migrants testing positive for the coronavirus — around 9.25% positivity, Fox News learned.

The number of migrant children detained along the border has tripled in the last two weeks to more than 3,250. CBP recently reported that it encountered 100,441 individuals in February, a 28% increase over January. Of those, 9,457 were unaccompanied children (UACs).