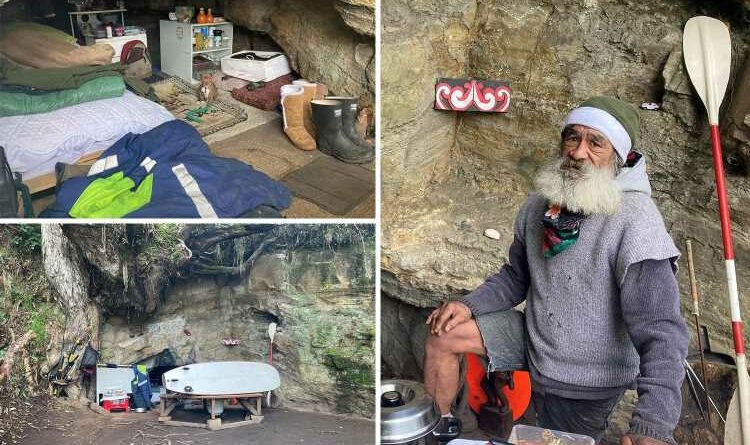 MILLIONAIRE homeowners are trying to evict a homeless man living in a cave for "spoiling the view" from their plush beachfront homes.

The Maori man, known only as Awhi, 64, started living in an ancient cave over the road from wealthy homeowners in the exclusive New Zealand beach town of Mount Maunganui last year. 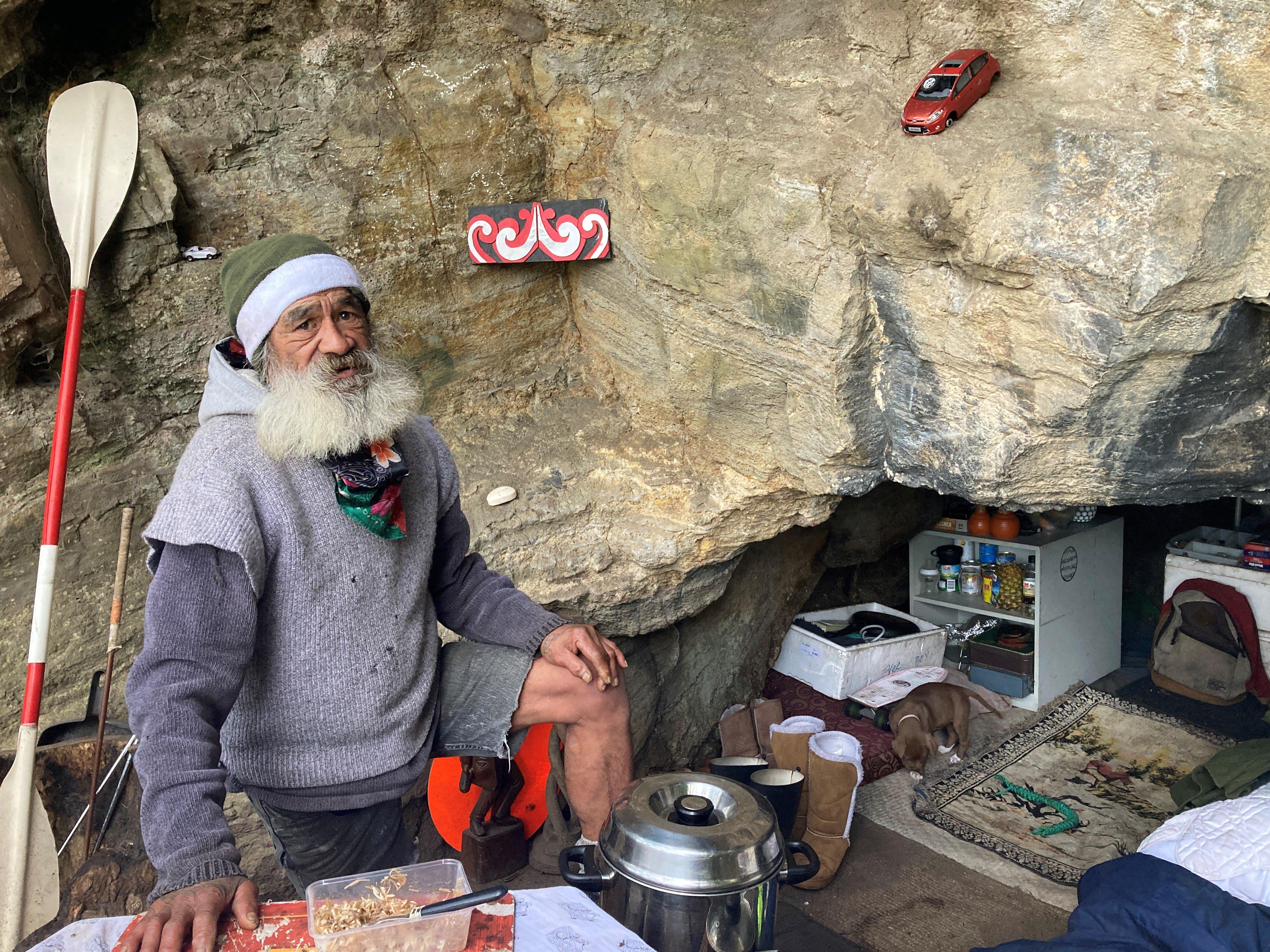 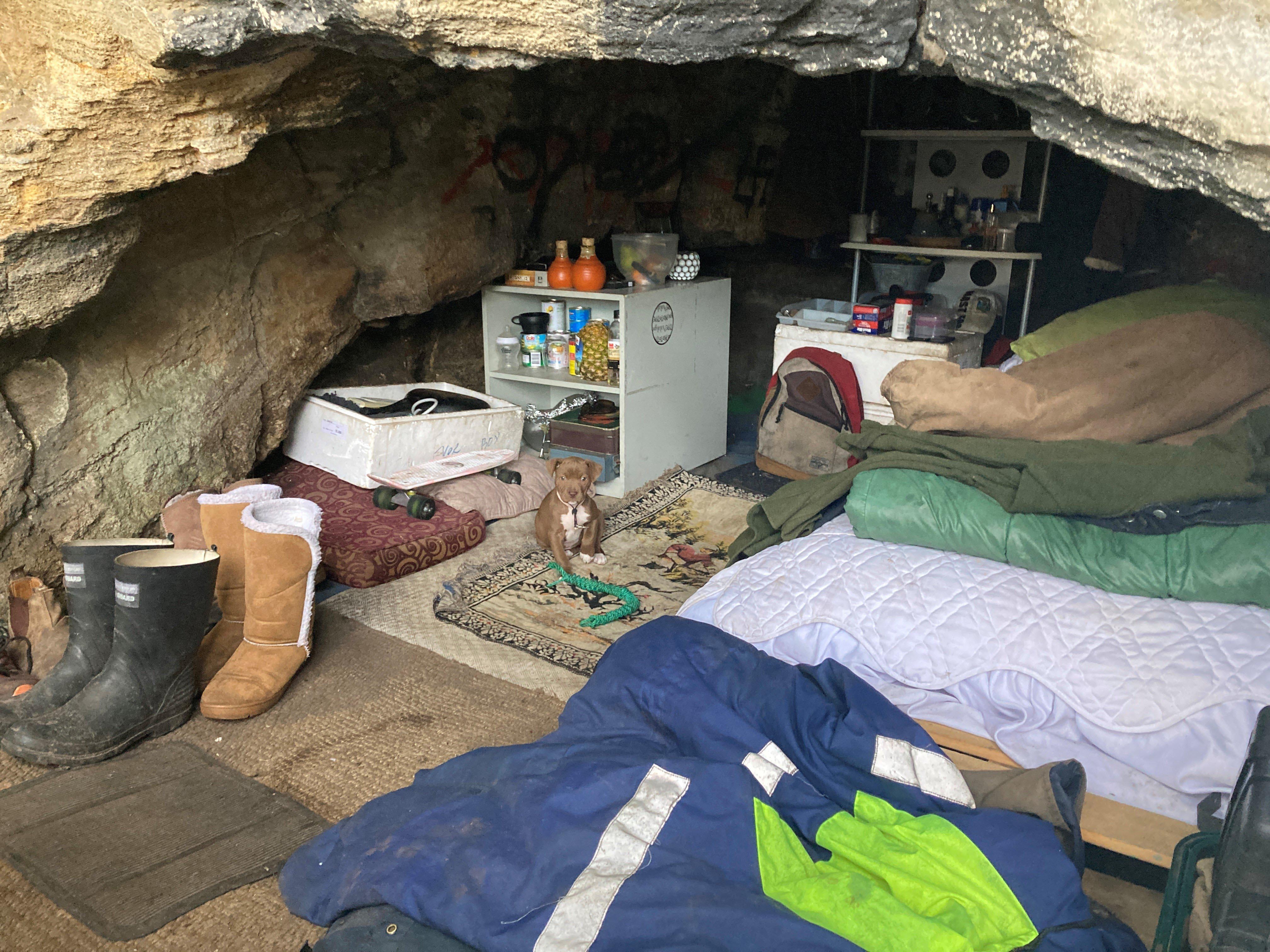 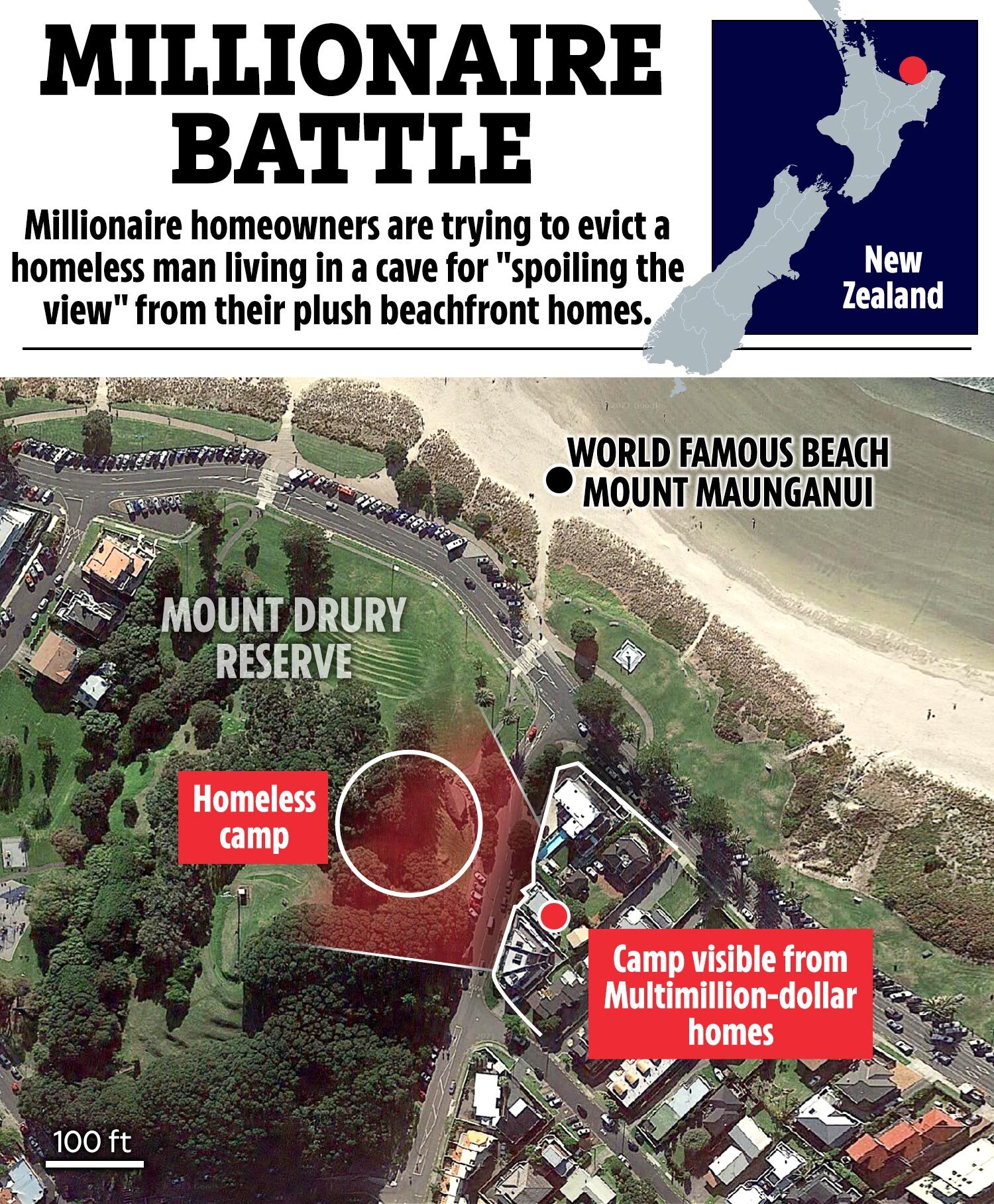 Awhi's ramshackle home is visible from the grand terraces of the sprawling homes along Pacific Avenue – just a stone's throw from one of the world's most famous beaches.

Inside the graffiti-plastered cave, there is a bed raised off the ground, a small set of shelves used as a pantry, and there is even a patterned mat on the floor.

A stand-up paddle board has been popped across a table for privacy, and toy cars and teddy bears left behind at the beach by kids have been used to decorate the cave entrance.

Awhi said he just wanted "somewhere to stay warm" after he was booted out of a nearby park – but rich homeowners have been fighting to evict the father-of-five from his makeshift home.

Awhi told Stuff: "They are all millionaires along here. They would rather get me out of here."

He said the wealthy locals have held meetings about getting him kicked out of the cave, once used as a carving school, and also enlisted the help of Tauranga MP Simon Bridges.

Bridges said some furious residents have contacted him in recent months to complain about Awhi's rowdy pals drinking and partying into the early hours.

He said: "It is not so much Awhi, they tell me, but it is more the mates and hangers-on that come along – drinking, parties, noise… graffiti, breaking into nearby building sites – even fires."

The MP added: "If I had a couple of million dollars of mortgage there I might feel the same.

"I acknowledge it is complex and we don't want to lack compassion here. It is saddening at every level.

"It is a very 2021-type problem and it is also a fairly accurate metaphor for Tauranga today – you have got the most expensive properties in New Zealand outside of Auckland, up against homelessness and social problems."

Council chief executive Marty Grenfell said the concerns of the millionaires would be raised with the police.

But Awhi said he has been visited by the cops and council staff and claimed they had "come to an understanding".

He said the authorities can "moan and groan" but they can't evict him as "there is no housing out there".

I am not gonna live forever, but I’d like to stay as long as I can, until the time comes.

Although the grandfather is facing a fierce backlash from the nearby millionaires, homeless charity Under the Stars has been looking out for him.

Co-ordinator Laura Wood said: "I heard there was a guy living in a cave, and we went and dropped off some food. He seems very personable – he has got an awesome space there."

Awhi, who used to work in forestry and as a builder, said: "My family were from here. I went to school, went away, got married, had children, my mother died, so I came home.

"Things didn’t work out at home, so I just hit the road again."

Awhi said he enjoys the freedom of being homeless.

He said he goes for a ride on an old BMX bike twice a day and he's even toilet training a puppy for a friend at the moment.

"I am not gonna live forever, but I’d like to stay as long as I can, until the time comes," he said.

"I get up in the morning, the sun is shining and I am still above the ground."

The council said Awhi has been sleeping in the cave for more than 18 months and "as he is homeless, we are not able to move him". 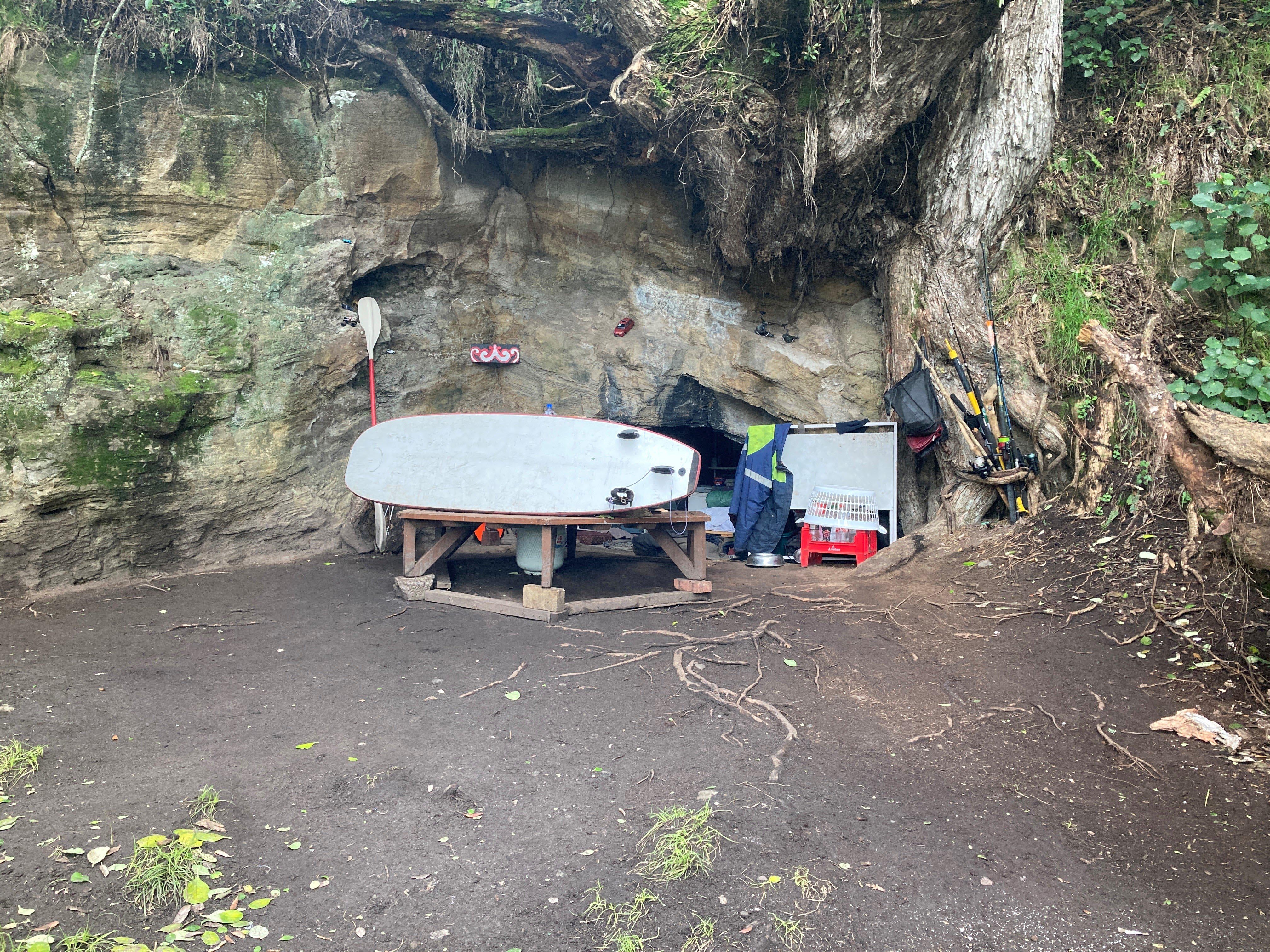