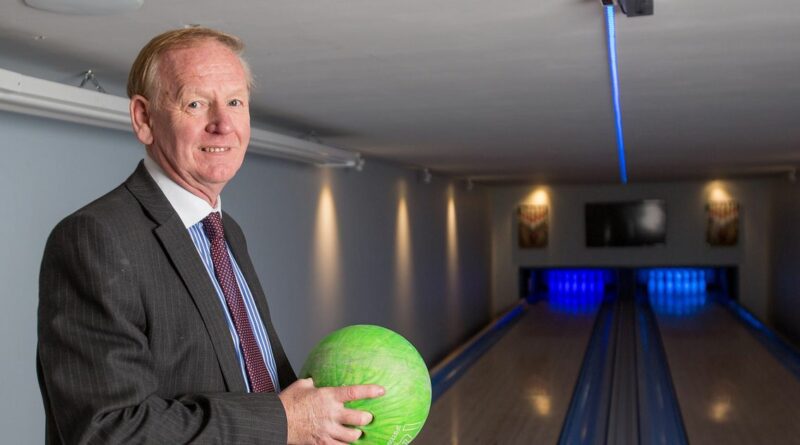 Millionaire accountant and businessman Graham Wildin has been ordered to demolish his huge man cave sports and leisure complex built in his back garden.

The 69-year-old said the build on his home "Altea" in Cinderford was part of a holiday let business but lost an appeal against tax and VAT bills totalling almost £300,000, which Wildin claims is tax deductible.

He argued that the "ultimate" complex, which features a home cinema, tenpin bowling alley, casino, bar, squash court and other facilities would be made available to those who rented holiday accommodation.

His claim was rejected by a tax tribunal which found the purpose was not for public use, Gloucestershire Live reports.

Instead, the tribunal said Wildin was going to use the stunning facilities "for the private enjoyment of his immediate family circle".

The long-running legal trouble began in 2014 when a High Court judge ordered Wildin to demolish the extension by March 10 2022, a deadline just weeks away.

In a tribunal hearing in June last year, Wildin said that the development was a business venture and not just for personal use.

But the tribunal noted that Wildin, in November 2014, has stated to a national newspaper that the development was for his family and was private.

It was concluded that Widlin was not a "credible or reliable witness" and his evidence had "significant inconsistencies".

HMRC investigator Stuart Ferguson said: "It is my opinion that you have attempted to deliberately mis-describe transactions in a way that was designed to mislead HMRC.

"Further to this, you have claimed deductions and VAT repayments which, as a qualified professional, you must have known you are not entitled to, due to the asset being used personally."

Wildin said three businesses run activities from his home and neighbouring houses in Cinderford including storage facilities, membership of the leisure complex and holiday accommodation in nearby homes.

The tribunal heard that Wildin had been interviewed under caution at Cheltenham Police Station in October 2015, where he said: "This development is for my family. I'm doing this for my family.

"I went on the fact I didn't need planning consent and all you have to do then is pass five tests – including that to be a holiday let you have to provide more than just the house, which I was intending to do.

"You don't have to apply for planning to have it as holiday lets because it's part of the house."

The tribunal confirmed that Mr Wildin is liable to pay the full amounts demanded by HMRC.