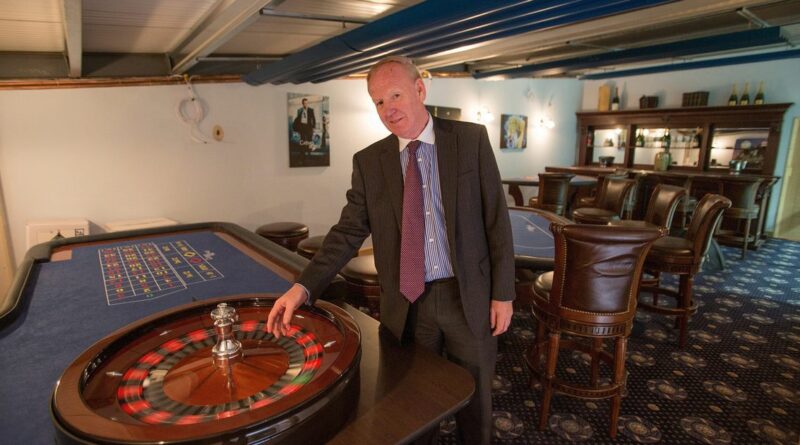 A millionaire who has littered a street with expensive motors has left some neighbours so irritated that they want to key them.

Eccentric pensioner Graham Wildin, 69, has parked his vehicles up and down the road in Cinderford, Gloucestershire after losing a battle with the local authority over his famous 'man cave' in his back garden.

His massive leisure complex features a cinema, bowling alley, casino and bar, and has been described as 'the best' in the UK. It has been ordered to be destroyed by Forest of Dean council after it was built without the correct planning permissions.

The furious millionaire has since attempted to build a 'legal fortress' around his beloved site by gifting the land to a company owned by his family. He potentially faces jail if he does not comply with the demolition order, reports GloucestershireLive.

After being hit with the notice, Wildin has incensed his neighbours by shifting his vintage cars out of his property onto the street — and is even reported to have told them he is catching up on "50 years of free parking".

Enraged residents however claim he has blocked their driveways, and now seem to be thinking of their own ways of getting back at him.

One even said they want to scratch his motor with their keys, telling The Sun: "I'd consider running a key down his paintwork, but he's got CCTV cameras pointing at almost every house in the neighbourhood."

Wildin's stock includes Bentleys, Porsches and a Jensen Healey, which he has protected with plastic coverings. Another peeved neighbour has complained that these make "a hell of a racket" when exposed to "the slightest breeze".

Residents said they are also upset about security cameras being trained on the road rather than Wildin's private property. They say it allows him to look into some peoples' windows, keep tabs on their movements and move his cars about when people are out.

Forest of Dean Council has been approached for comment.