Millions of Britons without smartphones risk being treated as second-class citizens because they won’t be able to use an app to limit the spread of coronavirus, campaigners warn.

Ministers will this week set out the details of how the new contact-tracing app will be deployed nationwide as part of their ‘test, track and trace’ strategy.

But campaigners representing older people last night urged the Government to take steps to include those without the latest technology.

Britons will be encouraged to download the NHS app, currently being tested on the Isle of Wight, when it is launched across the country within the next fortnight. 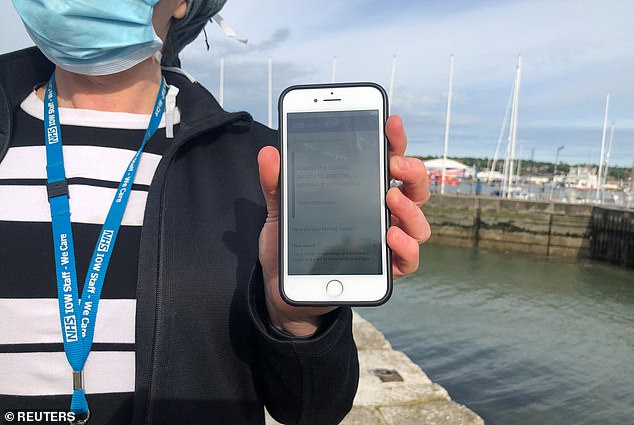 Britons will be encouraged to download the NHS contact tracing app, currently being tested on the Isle of Wight, when it is launched across the country within the next fortnight

It uses Bluetooth to detect when a person’s phone has been near another owned by someone reporting symptoms of coronavirus, and sends a notification to the user.

Those without smartphones will be able to benefit from the army of 18,000 contact tracers who will manually gather information about the places infected people have visited and anyone they have been in contact with.

But ministers have been asked to look at the possibility of giving those without smartphones simple Bluetooth-enabled bracelets, which other countries including Germany have been developing, so they can benefit from the new technology.

Caroline Abrahams, charity director at Age UK, said: ‘Any new technology that may help tackle the outbreak is welcomed by us, but we must ensure that no one is disadvantaged or locked out of services simply because they don’t have a smartphone.

‘We hope [the Government] will find a way to develop the app so that the millions of people without smartphones can participate too, to avoid them being treated like second-class citizens.’

Dame Esther Rantzen, who founded the Silver Line helpline for older people, added: ‘A lot of us now rely on Facetime or Whats­App to stay in touch with friends and family, but many of our callers are not comfortable with mobile phones or the internet and that is a concern.’ 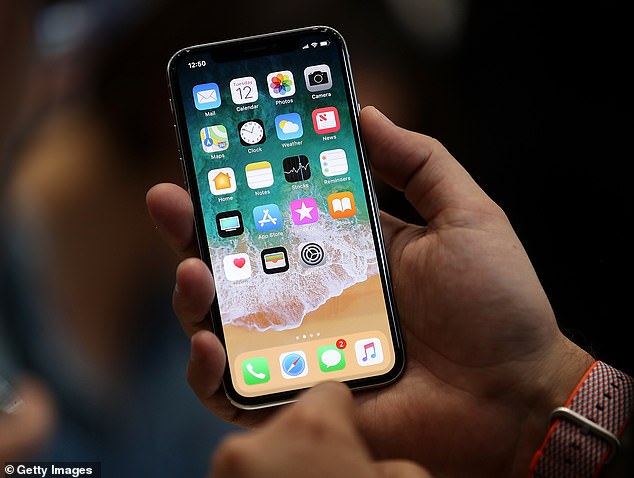 During the pilot, users have complained that they have been unable to use the app on some new Huawei phones as well as some older smartphones

Dame Esther agreed that Bluetooth-enabled bracelets could be a solution.

She said: ‘A lot of older people already do wear a special pendant if they live alone in case they fall or get into some sort of problem, so they can ask for help.’

Bob Seely, the Tory MP for the Isle of Wight, said: ‘On the island, about two thirds of people who can download the app have done so, which is a massive figure and absolutely enables us to begin work suppressing the virus here.’

He said people without smartphones had been able to benefit from manual contact tracing.

During the pilot, users have complained that they have been unable to use the app on some new Huawei phones as well as some older smartphones.

Mr Gove told Sky News’s Sophy Ridge on Sunday that officials were on course to achieve their target of 18,000 this week, adding that the programme would be running by the end of the month.

Hours later, it was claimed that the hiring drive had been paused due to problems with the NHS app.

This is due to a delay in the launch of the ‘Track and Trace’ app itself while the government considers an alternative app.’

A spokesman for the Department of Healthand Social Care said the email was ‘wrong’ and ‘could cause confusion’.

They stressed that recruitment for both online and phone-based contact-tracing services was continuing ‘at pace’.

HR Go confirmed it had sent the email but added: ‘What has been said is a miscommunication and false.’