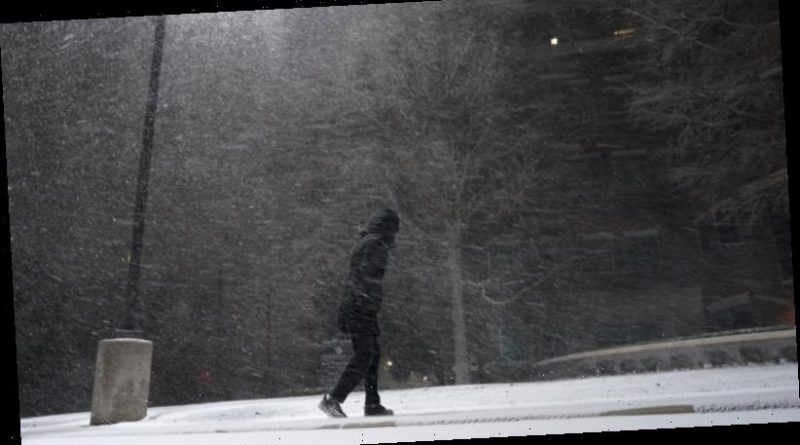 Austin: A rare deep freeze in Texas that raised demand for power forced the US state’s electric grid operator on Monday to impose rotating blackouts that left nearly 3 million customers without electricity. 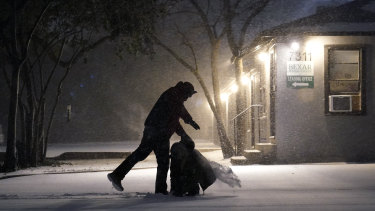 Two people play in the snow in San Antonio.Credit:AP

President Joe Biden declared an emergency on Monday, unlocking federal assistance to Texas, where temperatures on Monday ranged from minus-2 to minus-22 Celsius.

Houston’s George Bush Intercontinental Airport said it would remain closed until 1pm Central time while the city’s Hobby Airport will cease operations until at least Tuesday due to the inclement weather.

The freeze also took a toll on the energy industry in Texas, by far the country’s largest crude producer, shutting oil refineries and forcing restrictions from natural gas pipeline operators.

Apart from Texas, much of the United States was in the grip of bone-chilling weather over the three-day Presidents Day holiday weekend. 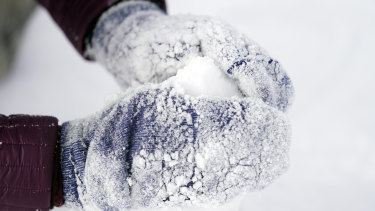 Cristina Lucero’s hands are covered in snow while building a snowman in Houston. Credit:AP

The National Weather Service said an Arctic air mass had spread southwards, well beyond areas accustomed to freezing weather, with winter storm warnings posted for most of the Gulf Coast region, Oklahoma and Missouri.

The largest grocery store chain in Texas, H-E-B, closed locations around Austin and San Antonio, cities that are unaccustomed to snow and have little resources to clear roads.

State health officials said Texas, which expected to receive more than 400,000 additional vaccine doses this week, now does not expecting deliveries to occur until at least Wednesday.

“Vaccination will resume as soon as it is safe,” said Douglas Loveday, a spokesman for the Texas Department of State Health Services.

Lauren Schneider, a 24-year-old lab technician, was walking to a Dallas grocery store near her home Monday morning dressed in a coat, hat and face mask. Schneider said she didn’t feel comfortable driving with the roads covered in snow and ice. She said she hadn’t seen a serious snowfall in Dallas since her childhood and was caught without enough groceries.

“I really didn’t think it’s would be this serious,” said Schneider.

In Louisiana, where freezing temperatures also prompted power outages and road closures, some parishes (as counties are known in the state) imposed curfews to keep residents off the road.

The deep freeze sweeping Texas reached the northern part of neighboring Mexico as well, where authorities said they were working to fix power outages that affected 400,000 users. 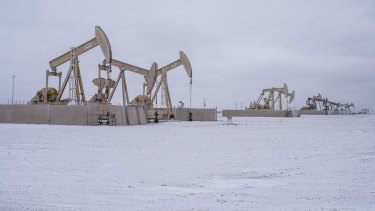 Pump jacks operate in the Permian Basin in Midland, Texas, covered by snow.Credit:Bloomberg

The Electric Reliability Council of Texas sought to cut power use in response to a winter record of 69,150 megawatts (MW) on Sunday evening, more than 3200 MW higher than the previous winter peak in January 2018.

The spot price of electricity on the Texas power grid spiked more than 10,000 per cent on Monday.

About 10,500 MW of customer load was shed at the highest point, enough power to serve approximately two million homes, it said, adding that extreme weather caused many generating units across fuel types to trip offline and become unavailable.

“Controlled outages will continue through today and into early tomorrow, possibly all of tomorrow,” Dan Woodfin, director of systems operations at ERCOT, said at a Monday briefing. 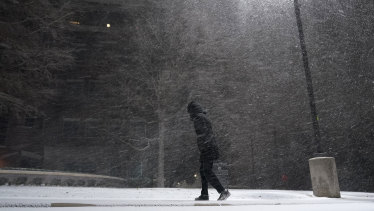 A woman walks through falling snow in San Antonio.Credit:AP

The storms knocked out nearly half the Texas wind power generation capacity on Sunday. Wind generation ranks as the second-largest source of electricity in Texas, accounting for 23 per cent of state power supplies, ERCOT estimates.

Of the 25,000-plus MW of wind power capacity normally available in Texas, 12,000 MW were out of service on Sunday morning, an ERCOT spokeswoman said.

An emergency notice issued by the regulator urged customers to limit power usage and prevent an uncontrolled systemwide outage.

Several cities in the US saw record lows as Artic air remained over the central part of the country. In Minnesota, the Hibbing/Chisholm weather station registered minus-39 degrees Celsius, while Sioux Falls, South Dakota, dropped to minus-26 degrees Celsius.