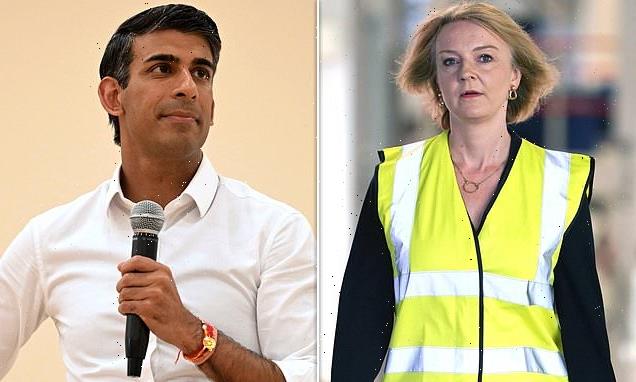 New PM could have to stump up extra £23bn in cost of living help – and an eye-watering £90bn next year – if they want to match current levels of support for soaring energy bills, think tank finds

Liz Truss or Rishi Sunak will have to find an extra £23billion this year – and an eye-watering £90billion next year – if they want to match existing levels of Government support for households during the cost-of-living crisis, a leading think tank has found.

In a new report, the Institute for Government (IfG) has estimated the huge spending the next prime minister will have to oversee if they want to retain the generosity of existing help for hard-pressed Britons.

In May this year, Boris Johnson promised all households a £400 discount on their energy bills, with eight million of the poorest households getting £1,200 in support.

But energy prices have continued to soar in the months since the Prime Minister unveiled that support, with average energy bills now estimated to reach £3,600 a year in October, and nearer to £5,000 a year from January.

The IfG calculated the average household will pay around £900 more for energy bills between October and March next year than was expected when May’s support package was announced.

In their report, they found that existing Government support would have been enough to offset 90 per cent of the predicted increase in household energy bills this financial year, based on forecasts in May.

But, with energy bills now estimated to be much higher, the think tank said the current package of support is ‘now only enough to offset around 50 per cent of the increase’. 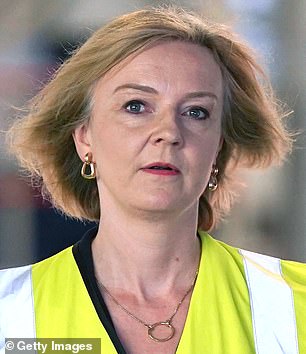 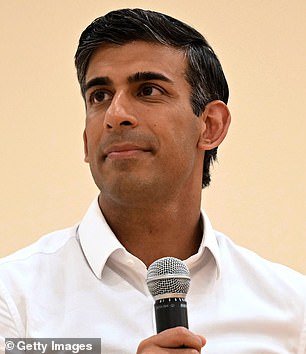 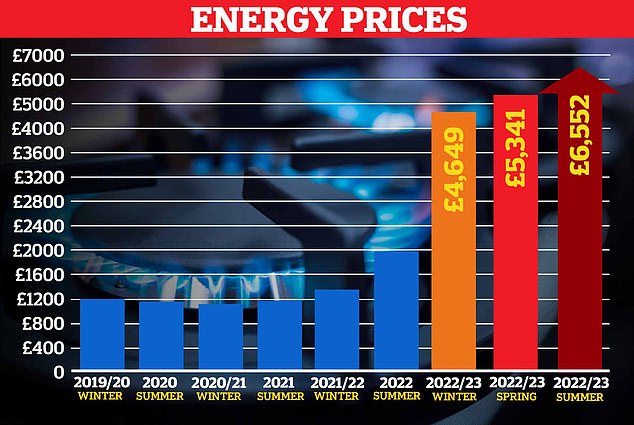 Ofgem’s energy price cap rose to £1,970 in April, as forecasts predict the cap could rise to £3,576 in October, with some suggesting this could rise as high as £6,000 next summer

They calculated that extending current support to account for higher energy bills would cost a further £23billion, on top of the £33billion already set aside for the package.

‘If the new government wanted to offset almost 90 per cent of bill increases this financial year, retaining the generosity of the May 2022 package, it would need to spend an additional £23billion,’ the think tank’s report said.

It also calculated that – if ministers chose not to provide increased universal support and instead gave further help to only low-income households, pensioners and those with disabilities – the increase in cost would be halved, at £10-12billion.

With recent warnings that energy bills are likely to rocket again next year, the IfG said the new PM ‘will need to be ready to provide further support again’.

‘Offsetting the same proportion of bills next year would cost around £90billion,’ their report added.

Both Tory leadership contenders have promised to provide some extra help for struggling households in the face of soaring energy bills, should they become prime minister next month.

But the IfG said the proposals from Ms Truss and Mr Sunak would ‘make only a small dent in the costs now expected this winter’.

Ms Truss has vowed to slash green levies on energy bills, while Mr Sunak has promised to cut VAT on gas and electricity costs.

‘Both candidates to be prime minister have promised to take some action on energy bills, but policies committed to so far… would save around £150–£200 per year on average energy bills, only enough to offset around 10–15  of the increase in the forecast for bills this winter that has occurred since May,’ the report added.

Ms Truss has recently softened her reluctance to commit to more ‘handouts’ for households, as she prioritises her tax-cutting agenda.

The Foreign Secretary this week signalled she would offer extra support to those on ‘fixed incomes’.

Mr Sunak, the former chancellor who put together May’s package of support, has promised more help for pensioners and those on benefits but has yet to put a figure on how much extra support he would provide.

Labour leader Sir Keir Starmer has pledged he would freeze energy bills at their current level of around £2,000 a year if he were PM.

The IfG estimated this would cost just over £40billion for six months, but ‘would also mean that households would face a lower energy price, and so have less of an incentive to save energy’.

It has emerged that Business Secretary Kwasi Kwarteng – one of Ms Truss’s closest allies – last week held talks on a £100billion scheme to ease the cost-of-living crisis.

He met Scottish Power boss Keith Anderson to discuss an industry proposal for a new ‘deficit fund’ that would effectively freeze bills at their current level for the next two years.

Under the terms of the proposed industry scheme, the Government would guarantee loans to the suppliers to allow them to sell heavily subsidised energy to consumers.

The loans would be gradually paid back via a levy on household bills in future years when it is hoped world energy prices subside.

Olly Bartrum, a senior economist at the IfG, said: ‘Energy prices have risen sharply again in recent weeks and are now expected to stay higher for longer than previously expected.

‘Deciding whether and how to help households and businesses with these costs will be one of the most urgent tasks facing the new government.

‘This may require substantial extra spending this winter and even more again next year – even limiting help to the most vulnerable could cost several billion pounds.

‘The Government should also do more to encourage greater energy efficiency and reform energy markets to reduce vulnerability to high energy prices if it wants to avoid further expensive support packages in a future likely to be defined by highly volatile energy prices.’