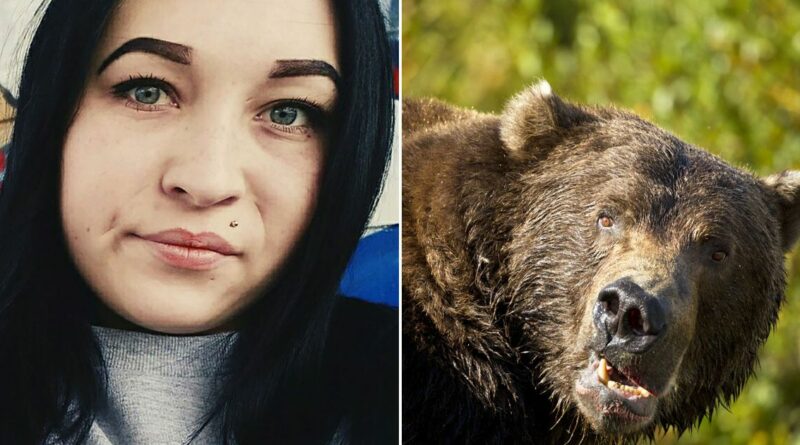 A Russian woman who vanished during a forest wedding celebration is feared to have been killed by wild brown bears, with animal footprints found but no body.

Yana Balobanova, 24, made desperate emergency calls from her mobile to say she was lost in remote Taiga in the Sverdlovsk region but rescuers were unable to track her.

They used trained sniffer dogs to track her trail, but the search animals became agitated when her path crossed with the smell of multiple bears, said reports.

Bear footprints were also seen, leading to the theory that she was attacked.

Yana had left a friend’s small wedding party held in the forest near Severouralsk town with one version saying she had a row with another guest and went alone to find her way out of the thick trees.

Searches have continued for more than a month but with no trace of her or her remains.

Wildlife inspector Andrei Sakulin: said: “It is no longer possible to hope that the woman will be found alive.”

There were footprints of a mother bear and cubs which meant the spot was “very dangerous for humans”, he said.

He continued: “If a person accidentally finds themselves between a bear and her cubs, the predator can attack immediately and harshly, without growls and warnings.

“Bears attack with lightning speed, up to 60kph (37mph) – so it is impossible to run away.

‘“At this time of year male bears also behave aggressively.”

Her remains may have been buried by bears, it was reported.

Her distraught father Yakov Balobanov told E1: “The dogs reached a certain place in the forest and came very close to the handler’s feet.”

They were fearful of bears nearby, he claimed.

He added that "there are bear footprints everywhere, adults and cubs. So it is possible a bear got her.”

The missing woman called the emergency services once in the evening, and a second time early next morning, but then her calls ceased and there was no trace of her.

A video shows rescuers searching for the woman and calling her name.

Natalia Volkova, head of Proryv volunteer search squad, said: “We came across an old man who was picking berries in the forest…

“He remembered her because he was surprised to see a young woman there all alone. Search dogs picked up her smell but it has not led to anything yet.”