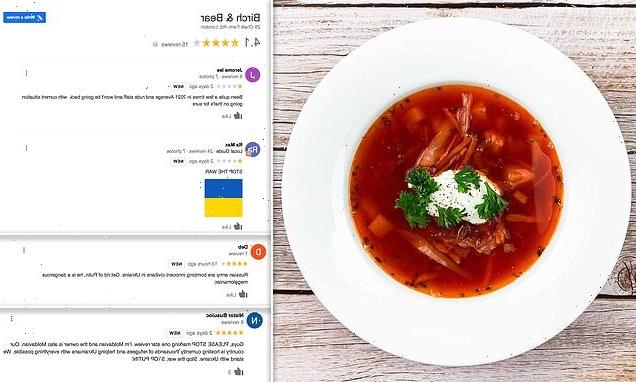 Russian restaurants and other eateries mistaken for them are being targeted with fake one-star reviews after the invasion of Ukraine.

Eastern European food outlets – including Ukrainian restaurants – are being pummeled with malicious reviews after hacker collective Anonymous encouraged them to bombard Russian-owned businesses.

The mess is leaving beleaguered owners – many of whom have no Russian links – to fight to save their reputations amid the influx. 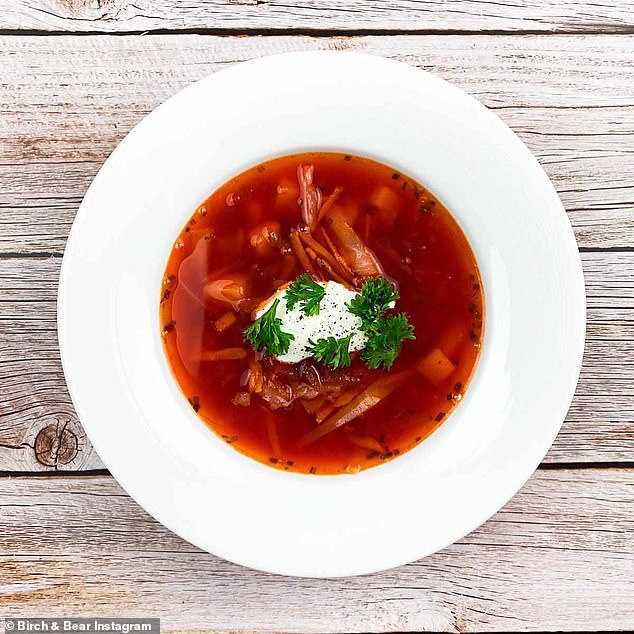 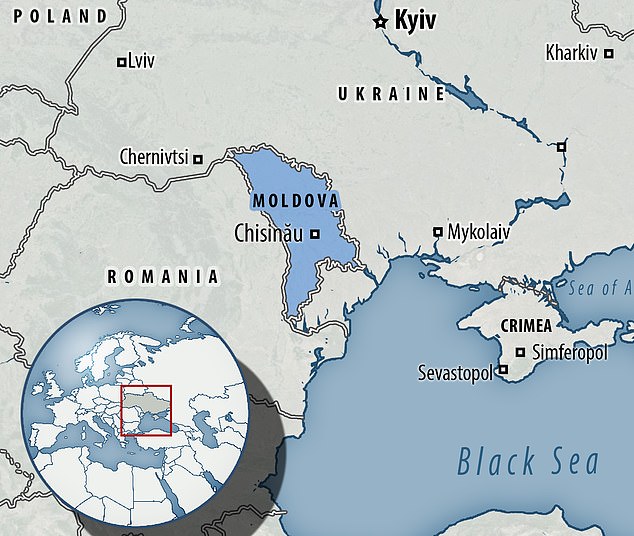 Anonymous tweeted: ‘Go to Google Maps. Go to Russia. Find a restaurant or business and write a review.’

‘When you write the review, explain what is happening in Ukraine.’

Their aim was to encourage Russians to defy leader Vladimir Putin but British businesses have been caught in the crossfire of bad reviews.

Birch and Bear in the Isle of Dogs, London, is owned by a Moldavian man serving Eastern European and Ukrainian food. 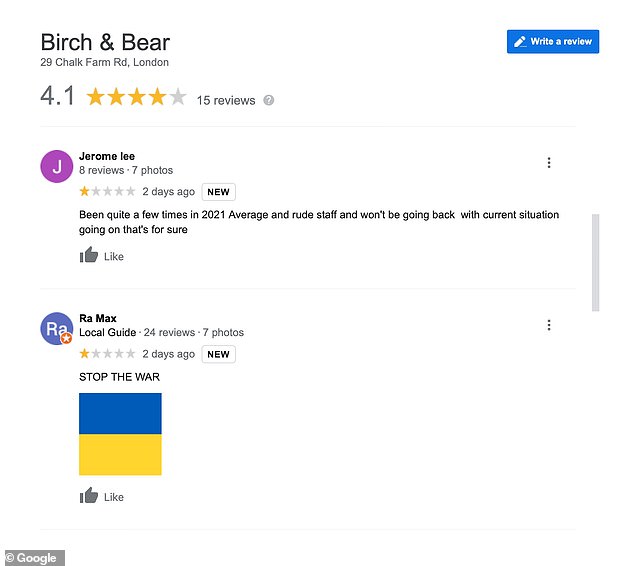 ‘Our country is currently hosting thousands of refugees and helping Ukrainians with everything possible.

‘We stand with Ukraine. Stop the war, stop Putin.’

Moldova is in a period of high alert after Belarusian dictator Alexander Lukashenko indicated that after Ukraine has been invaded, Russia and Belarus could invade Moldova next.

The former Soviet state could become the next country to fall in Putin’s quest to reestablish Russian rule over former USSR territory after the collapse of the Soviet Union in 1991.

Russian civilians have taken to the streets to protest the war in Ukraine – often at great personal costs – as cracks formed in Vladimir Putin’s propaganda machine.

Anonymous has so far claimed responsibility for over 1,500 cyberattacks across the past few days.

It claims to have hacked TV stations in Russia with footage of the war and websites for the Kremlin and the Russian Ministry of Defence.

Reported clips include a young father saying goodbye to his fleeing wife and daughter and reels of the damage caused by Russian bombs.