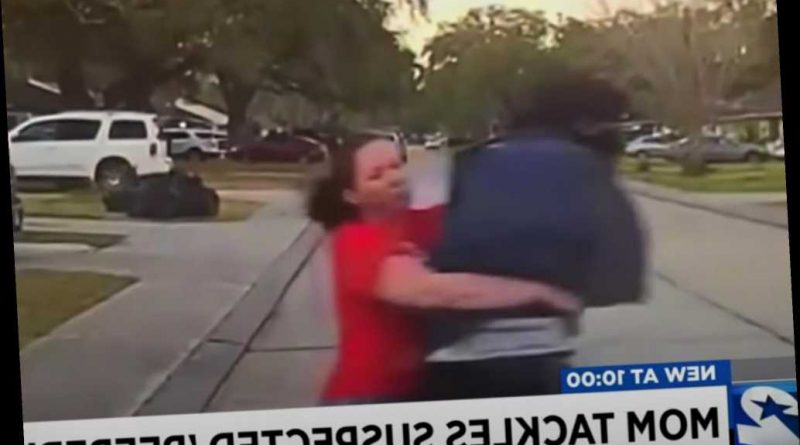 Lookout below: Alleged ‘Peeping Tom’ busted after ceiling gives out

Peeping Tom busted after filming woman while she showered: cops

A Texas mom tackled a man she saw peering in her 15-year-old’s bedroom window, helping cops make the collar, police said this week.

The mom’s defensive moves were so good, local cops joked that the Houston Texans could use her as a linebacker.

“My kids are my life and [I was] just making sure I protect them,” mom Phyllis Pena told Click2Houston.com of the takedown, which was captured on the dash cam of arriving officers.

Pena had been returning from the store to her Lake Jackson home at 7 a.m. on Jan. 31 when she found a man in her yard, peeking into her girl’s bedroom window.

The girl was not in the bedroom at the time; still, Pena’s maternal instincts kicked in hard.

As she called cops, the suspect began to run off — but then doubled back and made a run straight at the mom.

“First instinct was just to make sure he didn’t go any further,” she later explained of her split-second decision to block and tackle the alleged peeper, identified by cops as Zane Hawkins, 19.

Pena jumped Hawkins — and then her daughter, an apparent chip off the block, joined with her mom in holding the teen until cops could catch up.

She told the station that her kids knew of Hawkins, but did not know him personally.

“The cop fist-bumped me and he was like, ‘Hey, so I heard the Texans are looking for a new linebacker,’” Pena told the station, referring to the team an hour north in Houston.

“It’s not very often that we have somebody that actually steps in, puts themself in harm’s way to assist in apprehending somebody,” Sgt. Roy Welch of the Lake Jackson Police told the station.