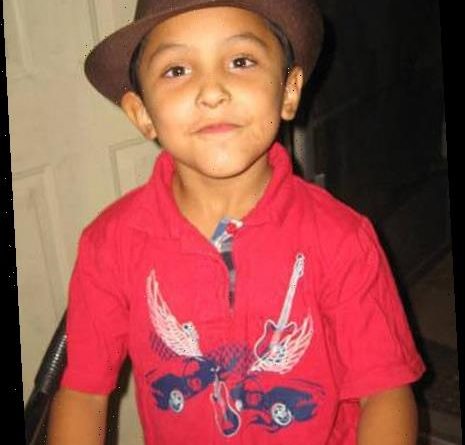 A California mother who pleaded guilty to the torture and beating death of her 8-year-old son Gabriel Fernandez has filed a petition, asking to be resentenced.

Pearl Fernandez, who was sentenced to life without the possibility of parole in 2018, alleges she could not currently be convicted of first or second-degree murder because of changes to California's penal code, ABC7 reports.

A hearing is scheduled for June 1, Associated Press reports.

"I think that she feels that somehow maybe, you know, the special circumstance will be dismissed or maybe she'll have a chance that the D.A. will agree with the petition," Los Angeles County Deputy District Attorney Jonathan Hatami said, CBS2 reports. Los Angeles County prosecutors said Gabriel was the victim of an eight-month-long campaign of terror by his mother and her boyfriend Isauro Aguirre after he moved to live with them in 2012, NBC Los Angeles reports.

The boy was found naked, with a cracked skull, shattered ribs, severe burns and BB pellets buried in his body at his family's home in Palmdale on May 22, 2013. He was declared brain dead and taken off life support two days later. The day he was reported unresponsive, his mother and Aguirre beat him fiercely after he didn't clean up his toys, the Los Angeles Times reported. Gabriel's older brother testified that Gabriel was forced to eat cat feces and cat litter and prosecutors said he "slept bound and gagged inside a small cabinet."

The brother also testified, "My mom and her boyfriend made Gabriel eat spoiled stuff or expired stuff."

In a press release, the Los Angeles County District Attorney's Office said, "Gabriel was frequently beaten by Aguirre because he believed the boy was gay."

Brian Knappenberger, The director of Netflix's six-part docuseries, The Trials of Gabriel Fernandez, told PEOPLE, "What we do know is that he called him gay when he was beating him."

Aguirre was convicted and sentenced to death for the murder in 2018. He is on San Quentin's Death Row.