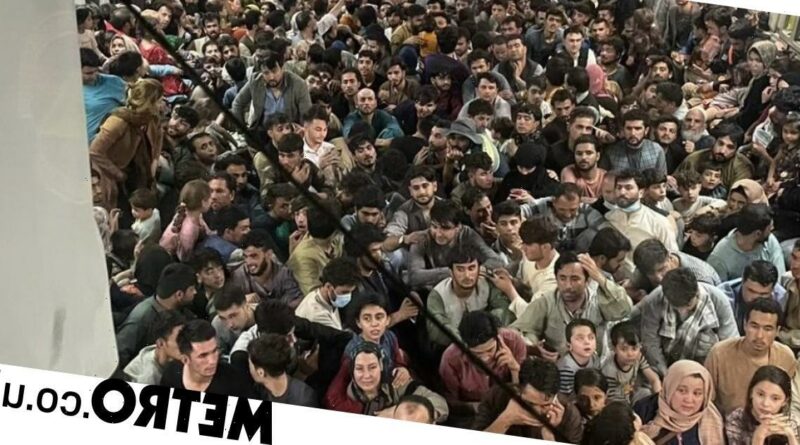 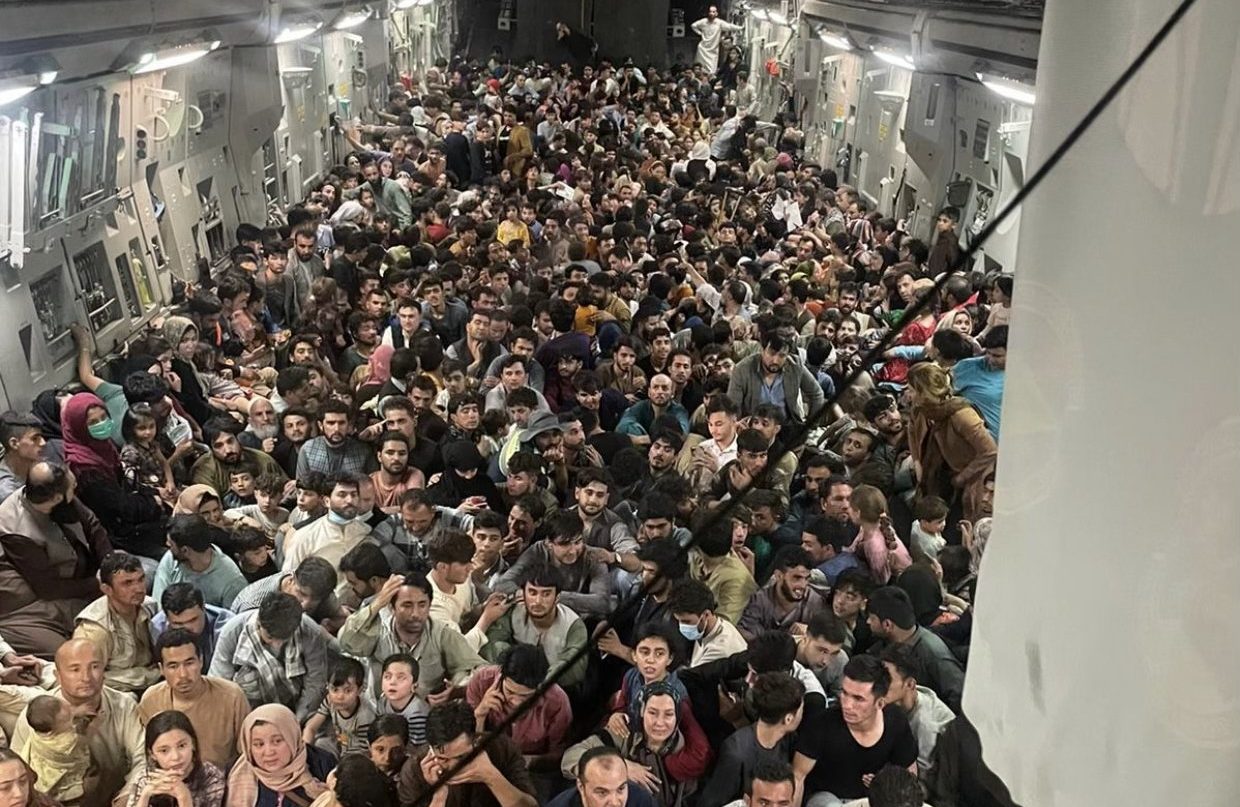 This is the moment around 640 terrified Afghans rushed onto a US cargo jet before air crew could close its ramps.

The plane was massively overloaded, as it is designed to fit 150 soldiers comfortably or 77,000kg of cargo.

But crew members ‘made the decision to go’ despite the extra passengers, an unnamed defence official said.

Audio on board to air traffic control suggested there were 800 people, but the official said 640 Afghan civilians disembarked when the plane reached its destination.

So far the US has flown at least two C-17 cargo jets out of Afghanistan’s capital of Kabul, as people desperately flee the brutal regime of the Taliban.

More flights are expected to be made as the Islamist militant group tightens its grip on the country, as US President Joe Biden defends his decision to withdraw American troops.

It comes after a shocking video appeared to show at least two stowaways falling to their deaths from a US Air Force plane. 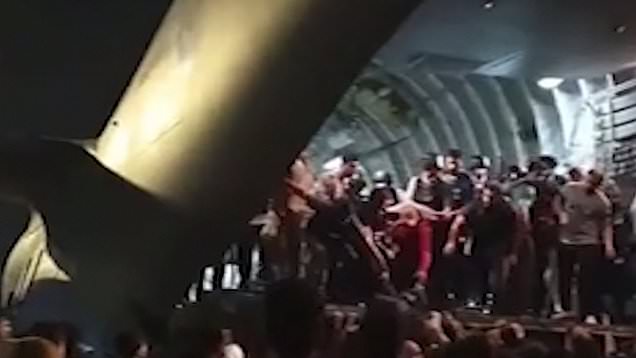 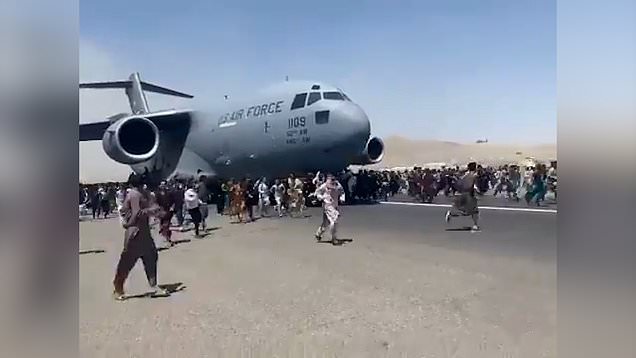 Meanwhile five people were feared to have died as hundreds of people clambering onto a plane at Kabul Airport.

Despite the chaos Biden said yesterday that he stands ‘squarely behind’ his decision.

In an address at the White House, he said: ‘The truth is this did unfold more quickly than we anticipated,’ Biden admitted, and went into detail on the Taliban’s takeover on Sunday.’

He then went on to blame Afghanistan’s political leaders for ‘giving up’ and fleeing the country.

Biden added: ‘American troops cannot and should not be fighting in a war and dying in a war that Afghan forces are not willing to fight themselves.’

Instead of answering his critics, the President walked off without taking any questions from reporters.