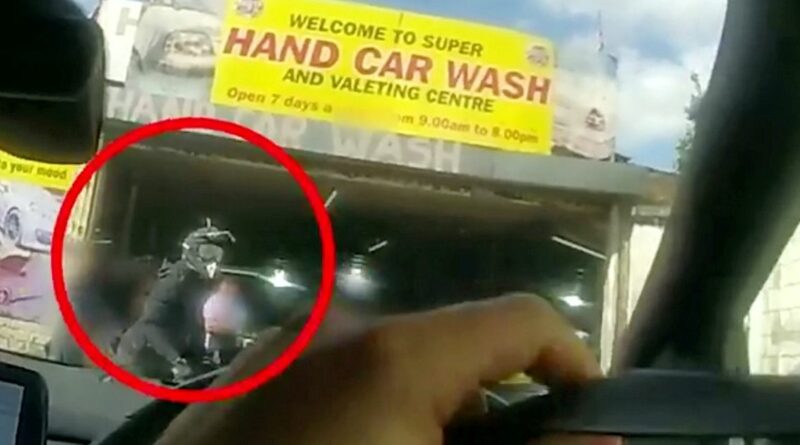 Police have released shocking footage of a PCSO being run down by a bloke on a quad bike, leaving the officer with an injured knee.

West Midlands Police shared the clip taken from an officers bodycam after the incident occurred in Handsworth, Birmingham at about 5pm on June 10.

The rider is being hunted by police who launched an appeal to find him, according to Birmingham Live.

The force said the Suzuki Quad Racer 450 was "quite distinctive".

Police urged the public to come forward if they knew the rider or where the bike was being stored.

West Midlands Police posted: "#APPEAL | Can you help us find this rider?

"A quad bike was driven at a PCSO, injuring his knee, on Ivy Road, #Handsworth around 5pm on 10 June.

"The Suzuki Quad Racer 450 is quite distinctive.

The clip has been shared across social media platforms including Twitter and Facebook as locals call for the bloke to be found.

A Facebook user wrote: "Disgusting behaviour. Hope the person is caught and jailed. Hope the PCSO recovers soon from the injury."

Another said: "Someone knows him, report him."

But a Twitter user pointed out that it "would probably be easier to identify if he didn’t have something covering his whole face."

West Midlands Police have been contacted by the Daily Star for an update on the man-hunt.