THIS is the moment a man appears to attack a woman as she brawls with a female rival in the street.

A shocking video shows two women grabbing each others' hair as they fight by a car in East London before a young lad dramatically intervenes and appears to strike one of the pair. 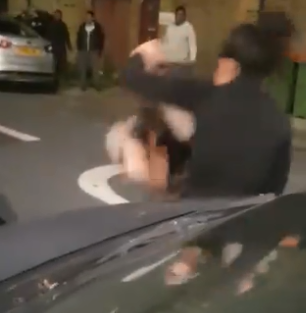 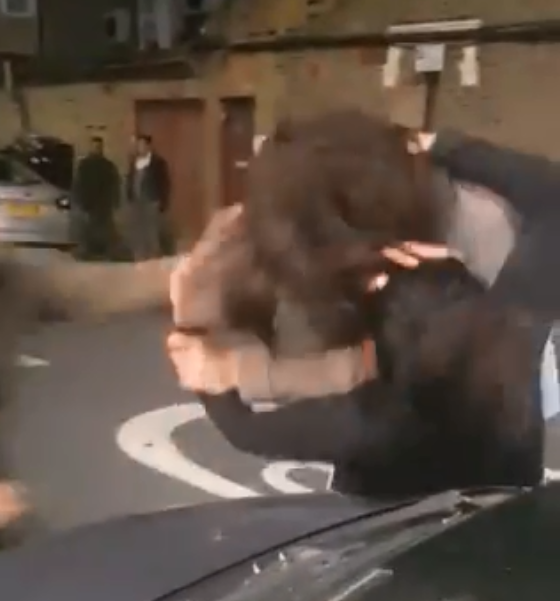 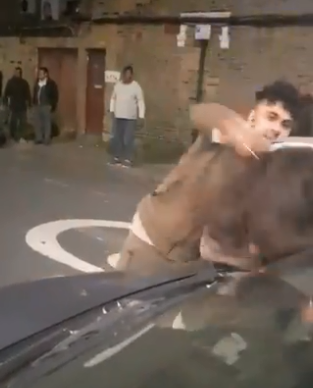 Cops can be heard heard shouting "stay over there" 'move out the way" and "Slow down, who's been stabbed, where's she been stabbed?" as they raced to the scene on October 2.

Two women in their 20s were arrested on suspicion of causing grievious bodily harm but were later released on bail.

A video of the alleged attack was posted on Twitter claiming that a woman had been knifed to death, but cops confirmed that no one had been stabbed and there were no serious injuries.

The footage was taken outside an Indian restaurant and grocery store in Manor Park, near East Ham.

In the video, a young man in a beige tracksuit briefly intervenes in the fight, holding what looks like keys. He appears to be trying to stop one of the woman from attacking the other, but soon ducks out.

Moments later he returns to the scene with a third woman in a grey dressing gown, as a car alarm blares a woman is heard screaming.

A fourth woman is seen on the ground asking for help. It is not clear how she was involved in the fight.

A crowd of around a dozen onlookers stand by, though none step in to help.

A police officer is then seen attending to a woman in a light-grey polo neck, who appears to lie on the floor before showing signs of movement. 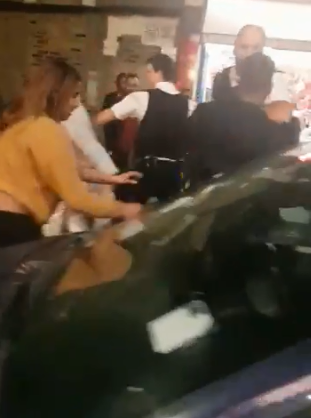 In a statement, Metropolitan Police said: "Police were called at approximately 7.50pm on Wednesday, 2 October to reports of a number of people fighting in High Street North, E12.

"Officers attended the scene. Two women, both aged in their 20s, were arrested on suspicion of GBH and taken to east London police stations – both have been bailed pending further enquiries to dates in late October.

This latest night of violence comes as London lies in the grip of a crime epidemic.

Last night a schoolboy was left fighting for his life after he was stabbed on Southwark's Druid Street.

There have now been more than 110 violent deaths in the capital, including 21 teenagers.

2018 was London’s bloodiest year in almost a decade as the murder toll reached 132.