This is the incredible moment a missile failed to launch and exploded aboard a navy ship in a training exercise gone wrong.

The warhead created a giant fireball when it blew up on the German vessel Saxony off the coast of Norway.

Images taken of the dramatic event show a shower of sparks and debris raining down into the sea. The navy ship was operating near the Arctic Circle when it attempted to fire a Standard Missile as part of the exercise, the service said in a release.

However after giving the command to fire, the rocket malfunctioned and blew up aboard the vessel, injuring two sailors.

The ship’s captain, Thomas Hacken, said: ‘We were standing in front of a blazing and glowing hot wall of fire.’

‘The sprinkler system on board the ship was immediately activated and the crew managed to put the fire out. Two sailors were treated for shock. 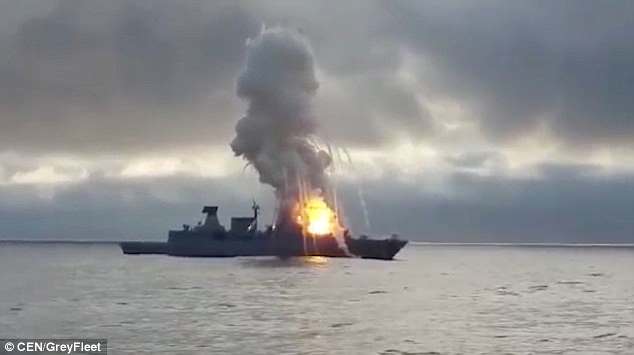 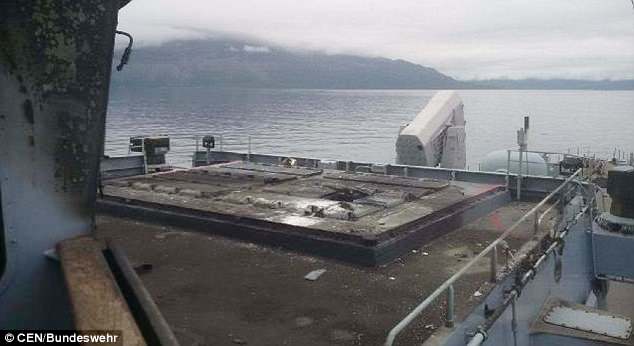 Pictured: The ship was left visibly damaged after the explosion. The navy said there were no technical defects before the launch

The launch box and bridge of the navy vessel were left visibly damaged.

According to a statement from the German Navy, the SM 2 type missile failed to lift off due to a defect in its propulsion system.

A Navy spokesman said there were no indications of a technical defect before the firing of the rocket.

Another rocket of the same type was successfully launched by the Saxony before the incident. 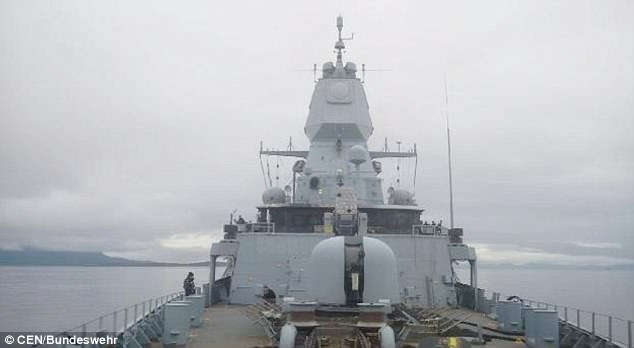 He said: ‘We have to practice realistically, so that we are ready for action in case of emergency, also for national and alliance defence purposes.’

Photos of ship posted on a German maritime news site show the explosion scorched the paint of the frigate’s bridge and the vertical launch cells battery.

Two German sailors suffered minor injuries. After a brief port call in Norway, both frigates returned to their homeport of Wilhelmshaven, Germany, on the North Sea on Tuesday.