"I'm allowed on," the man yelled as a long line of cars formed behind him on the A48, a notoriously busy road in Newport, Wales. 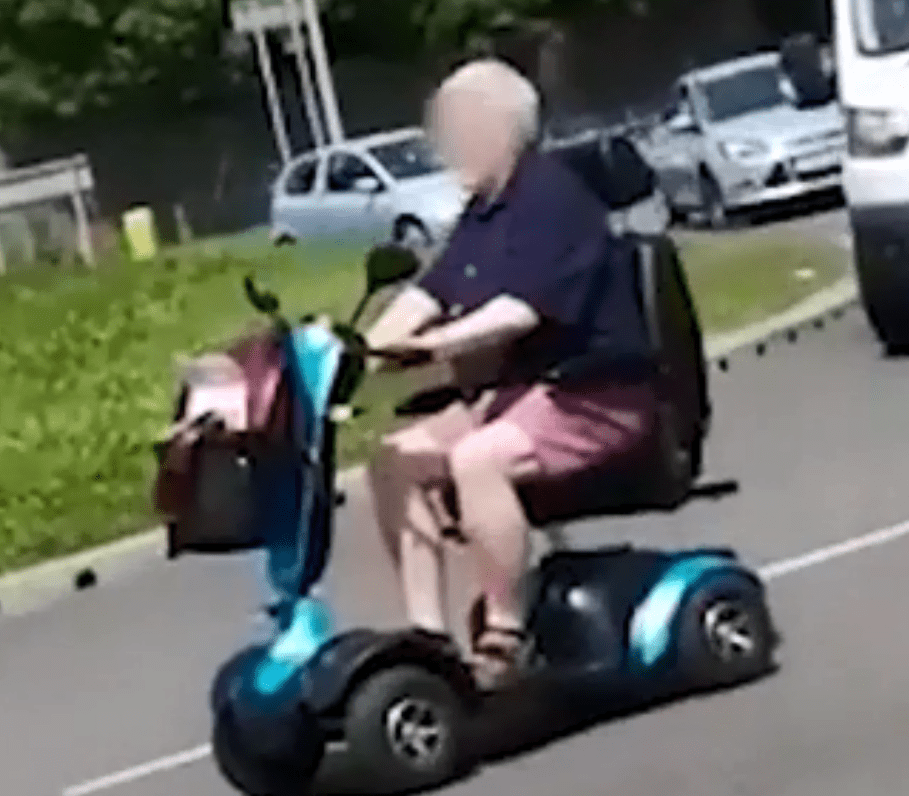 Wearing sunglasses and pink shorts, he appears to be in no hurry at all as he traverses a busy roundabout with honks from angry drivers echoing around him.

Cars can be seen slowly trudging along behind him as he takes the exit towards a dual carriageway, Wales Online reported.

Here, the man filming the video stops alongside him and says: "Mate, you're not allowed to drive them on there.

"I don't think you're allowed to ride that on the road. You could cause an accident!" 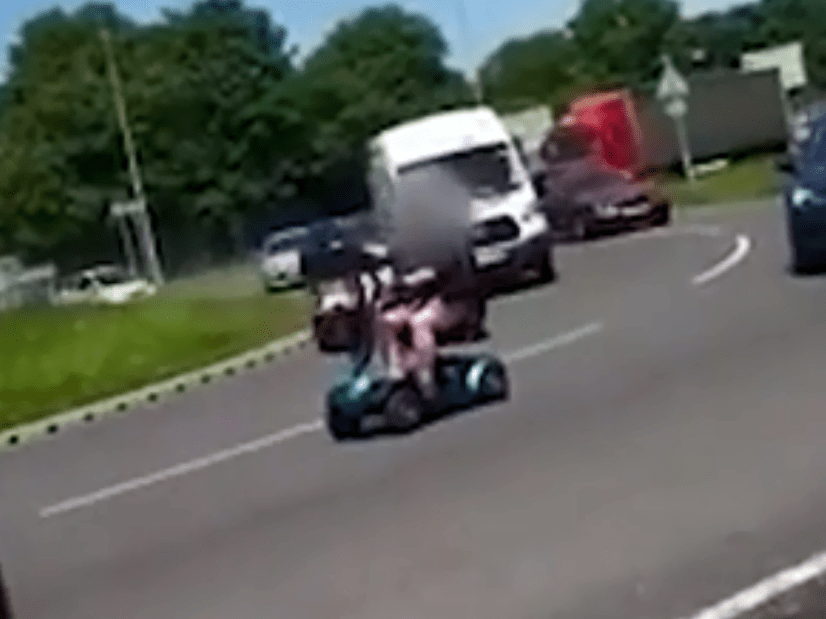 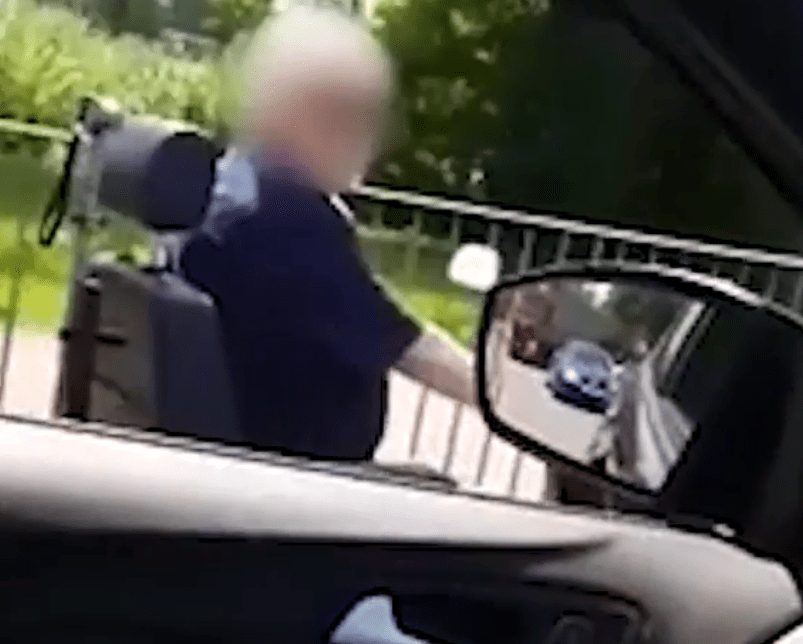 Other motorists were less polite: Many are heard beeping their horns and yelling: "Get off the road!"

The elderly man responds by saying he's allowed to drive the vehicle on the road.

Witness Wesley Kenny told Wales Online: "I stopped and tried to encourage him not to go on the duals – but he said the DVLA had allowed him to." 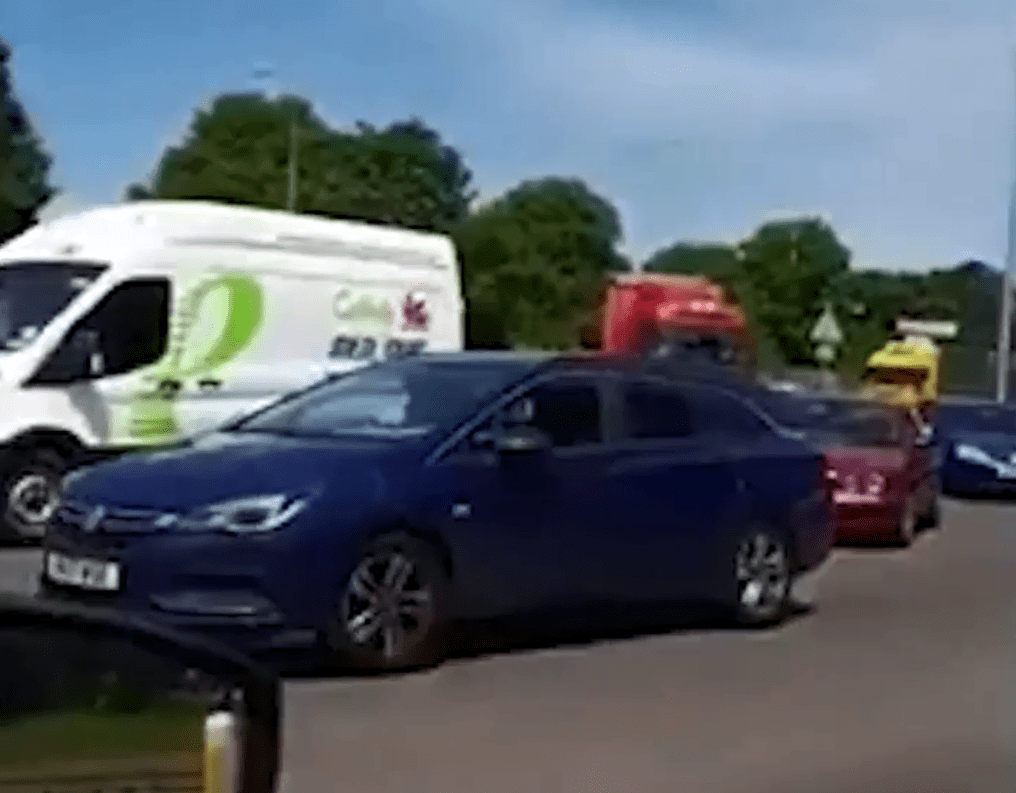 Only "class 3 invalid carriages" are allowed on the roads and even then, they are not permitted on motorways and driving on dual carriageways is discouraged, government rules state.

It is unclear if the man was driving this class of vehicle, which has to weigh less than 150kg, have a maximum speed of 8mph  and front and rear lights and reflectors.

A scooter must also have a rear view mirror and efficient breaking system to qualify.