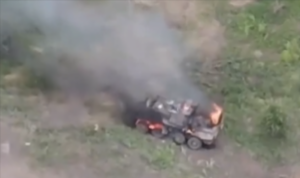 The footage from a drone shows Ukraine’s military forces targeting and tracking a roaming Russian war tank. The drone images show Ukrainian forces stalking the Russian tank before hitting it with heavy artillery to make it stop in its tracks. Towards the end of the clip, you can see the tank burning under a thick cloud of smoke. Russian forces have been piling into Ukraine in order to take control of the country for over four months, and no resolution to the war is in sight.

The tank begins to speed up with smoke billowing out of the back of the vehicle, from all angles.

The tank appears to stop in the middle of a Ukrainian field, and the smoke begins to get thicker and darker as it plumes into the sky.

Towards the end of the clip, you can see hues of orange flames spiking out of the tank.

The Russian militants in the tank did not escape, but no casualties have been announced by Russian officials. 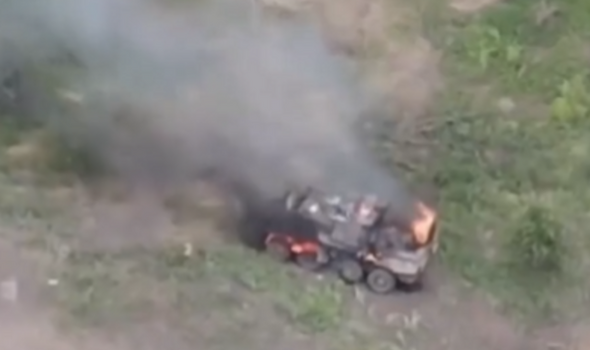 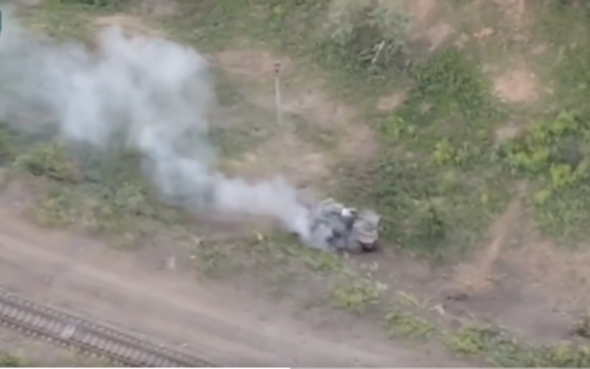 Users on social media have been reacting to the video footage.

One Twitter user @Esomoleke said: “The Separate Mechanised Brigades are causing havoc and nightmares to the imperialist’s orcs. Haven’t heard or seen anything from the Mountaineers lately. That was my favourite unit 2/3 months back!”

@JJanegle said: “Why not include the kill shot?”

@Ausleopolis added: “I was hoping to see the whole cooking process.”

@DaugBauch said: “Orcs out cruising and got a bruising!”

Zelensky's devastating warning to West over war's next phase

@SubjectNo1 said: “Note the railroad tracks after the turn and the pattern of trees to the right. Must have been hit just after that corner.”

@Esomolekae said: “I like that unit with passion- their name sounds different.” 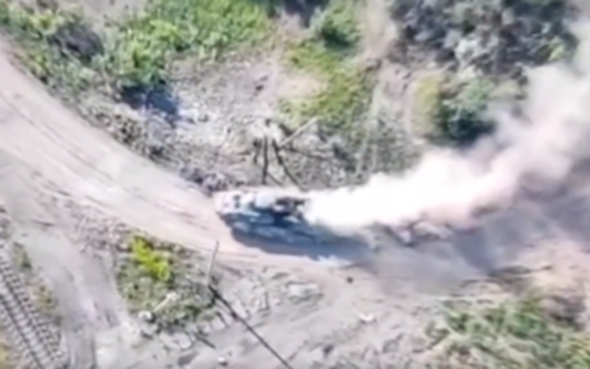 The Ukrainian forces have been pushing back on the ongoing Russian onslaught.

They have been gifted weapons from NATO-aligned countries in order to fight back.

The Ministry of Defence has been keeping up to date with Ukraine’s successes.

“The target of the attack was almost certainly the Russian naval tug Spasatel Vasily Bekh, which was delivering weapons and personnel to Snake Island in the north-western Black Sea.”