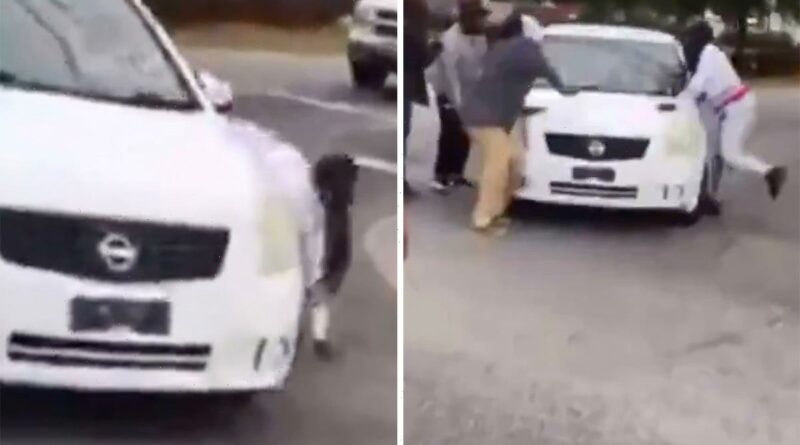 THIS is the moment a white female driver rams two black protesters with a car, as they block and bang on it in a march before the anniversary of George Floyd’s death. 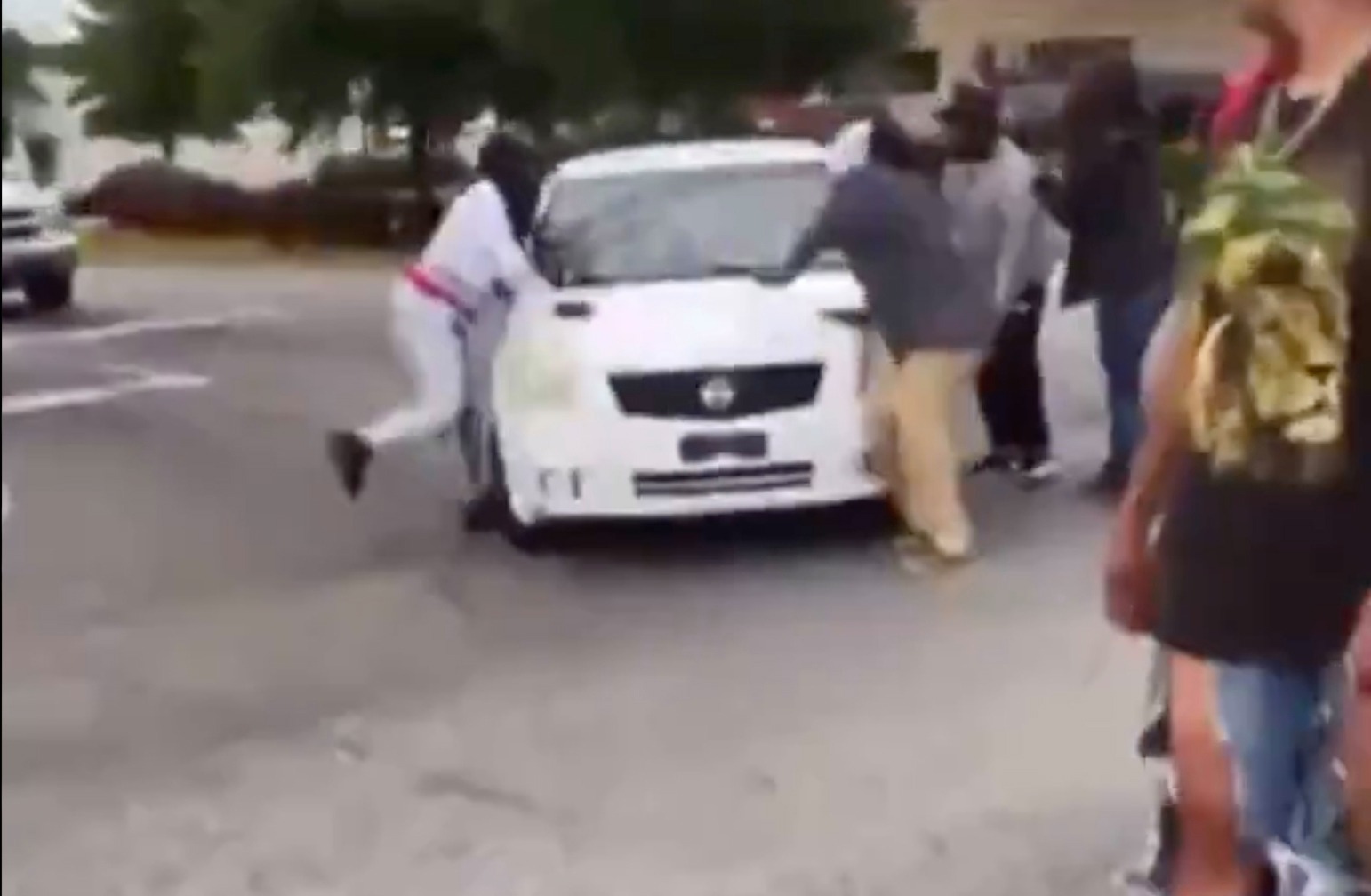 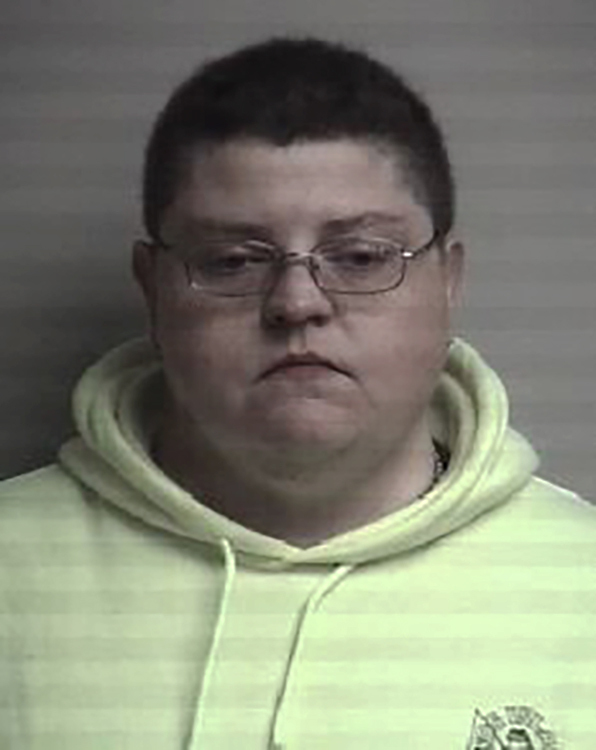 The march was held in North Carolina on Monday, the day before George Floyd’s anniversary.

O’Quinn is facing two counts of assault with a deadly weapon with intent to kill by the use of a motor vehicle, along with related charges, the Elizabeth City Police Department said in a statement.

Investigators have said they are looking into the possibility of charging the accused with a hate crime, the Mail Online reported.

This came off the back of witnesses claims that O’Quinn was heard yelling racial slurs, including the n-word, at the protesters, who can be seen blocking her car and banging on it.

Michelle Morris and Val Lindsey, both 42, were the protesters struck in the incident.

The pair were treated at a hospital and released, police said.

Speaking to WTKR after she was released, Morris said: 'I’m in pain, but I’m alive.'

Lindsey appeared to have one leg wrapped in a cast when she spoke to the news station, presumably after sustaining an injury from the car.

The two women had been part of a small march in Elizabeth City – that was against the April 21 shooting of Brown, by sheriff's deputies.

Brown was an unarmed black man, who was shot while in his car. Protesters say that Brown was unjustly killed while sheriff's deputies tried to serve drug-related warrants.

However, a prosecutor cleared the deputies last week, saying that Brown used his vehicle as a weapon.

Phone video shot by activisit Kerwin Pittman captures a number of marchers walking down US Route 17, before a white Nissan turns from an intersection onto the main road where the protesters are walking.

The Nissan can be seen in the video moving towards people, who then bang on the vehicle’s hood as it continues to turn onto the road.

At least one person can be seen on the ground after the car turns. 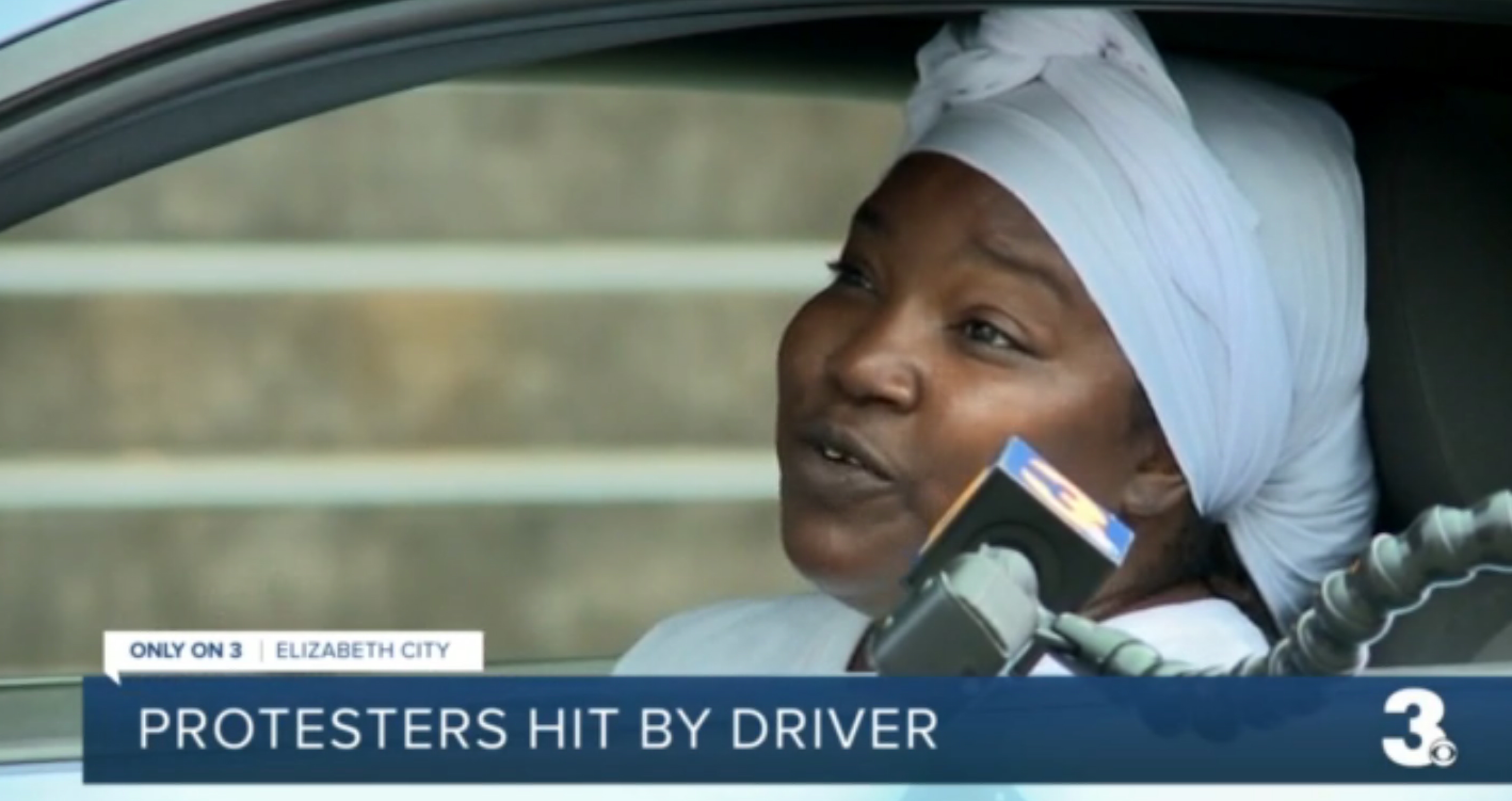 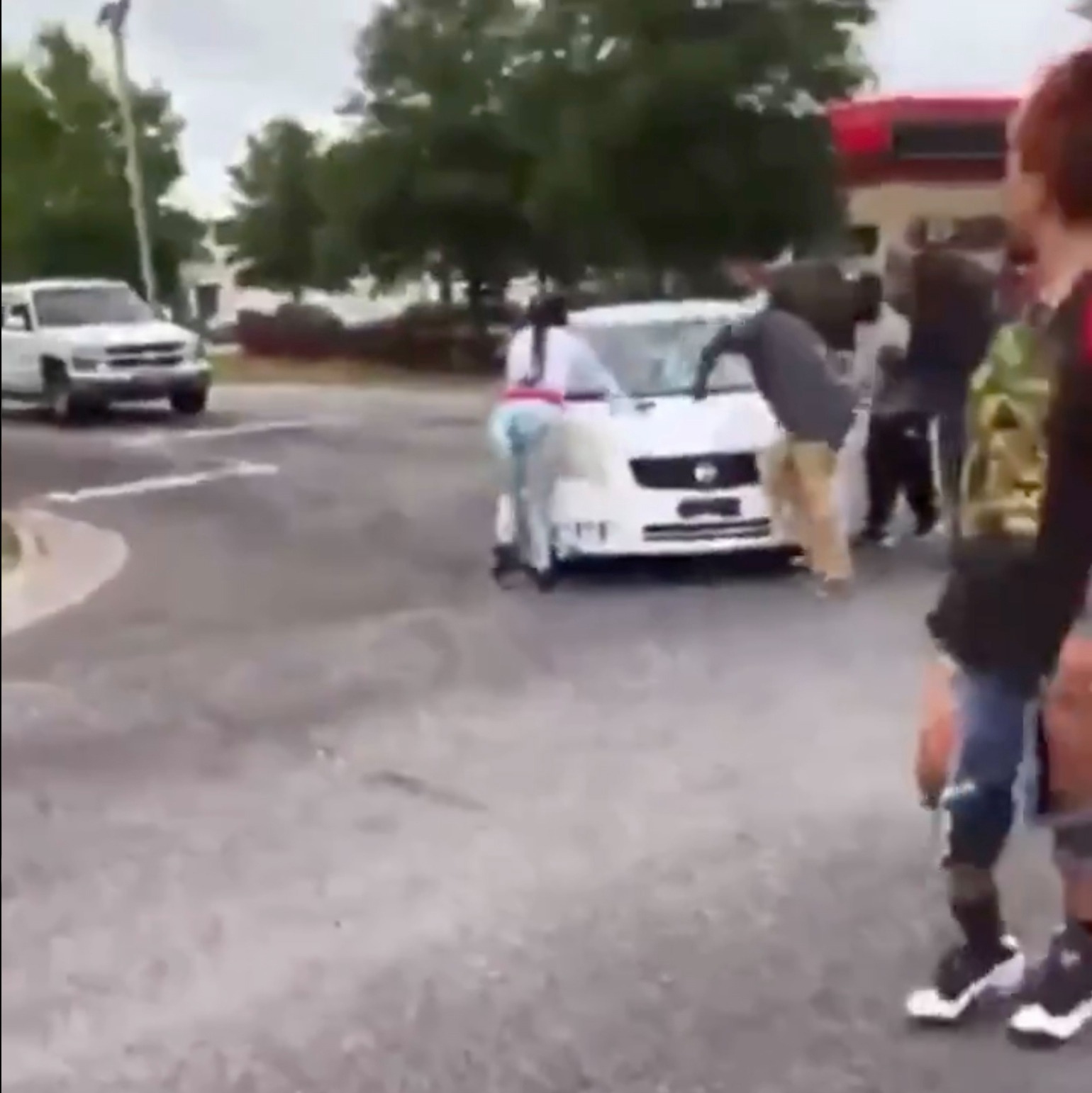 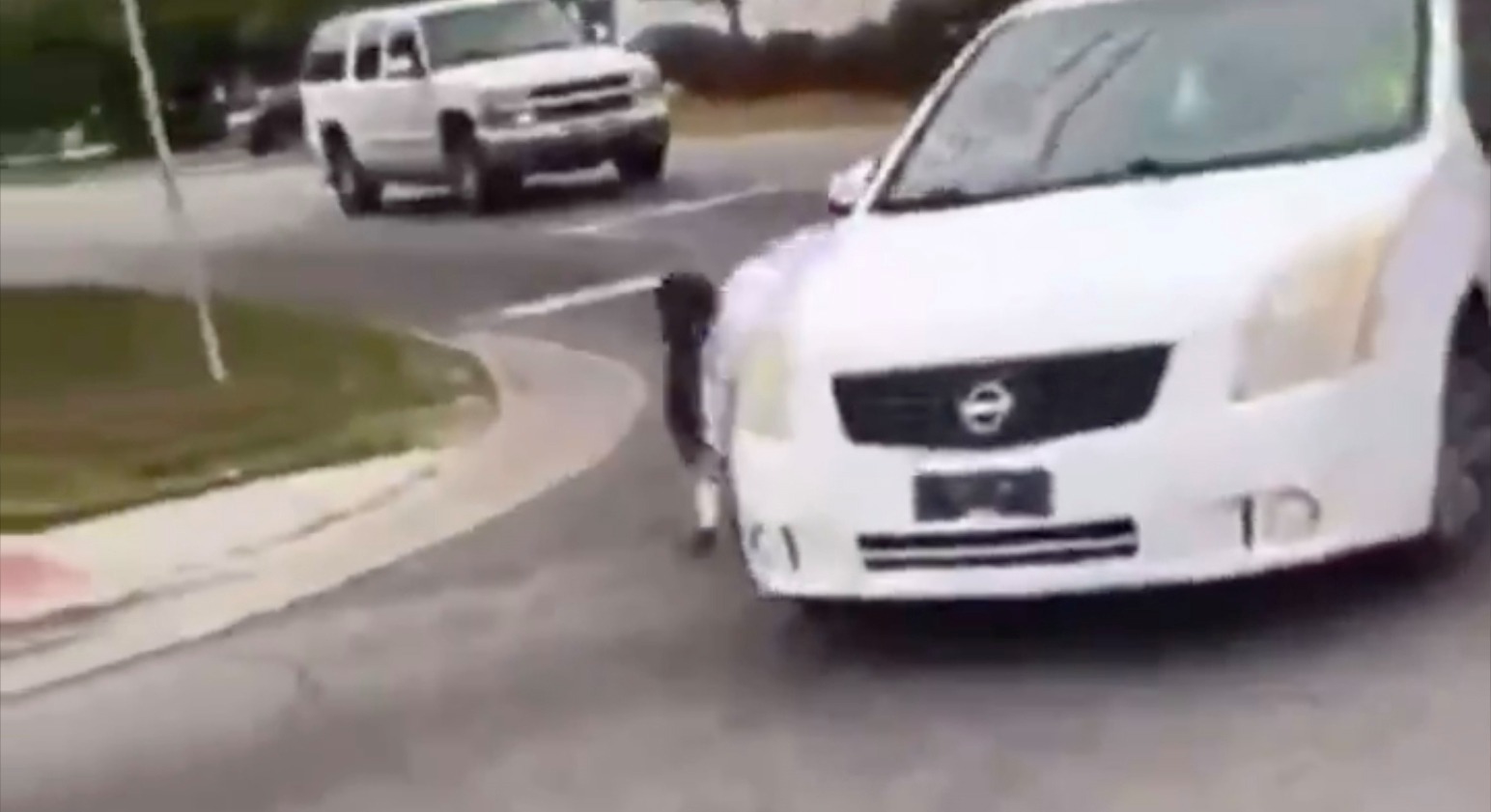 Lindsey alleged that before O’Quinn rammed her and Morris with her vehicle, she had rolled down her window to tell the group that police were not guarding the march.

Protesters would not be safe, she said.

Lindsey also said that O’Quinn had uttered the n-word at she and two other protesters when they approached the car, along with other racial epithets.

'She said it freely,' Lindsey told The Daily Beast.

Lindsey was calling for her alleged attacker to be charged with a hate crime, insisting that she must be held accountable for her actions.

Another protester, Linwood Gallop, backed Lindsey’s recollection of words being exchanged between those in the car, and protesters, before the women were rammed.

However, he couldn’t remark on the specifics.

“I didn´t pay any attention to what was being said,” he said.

“We´re going to get some people who shout at us and yell at us. That comes with protests.”

The alleged attacker has been jailed on $40,000 bond, and was scheduled to make her initial court appearance on Thursday.

The day after the march, demonstrators took to the streets of cities across America, attacking police officers and smashing shop windows as Black Lives Matter riots broke out.

According to records from North Carolina, O’Quinn has a lengthy criminal history stretching back at least to 2012.

According to the Daily Advance, she was sentenced to probation in each case.

As recently as last year, O’Quinn reportedly was charged with assault by pointing a gun and communicating threats. 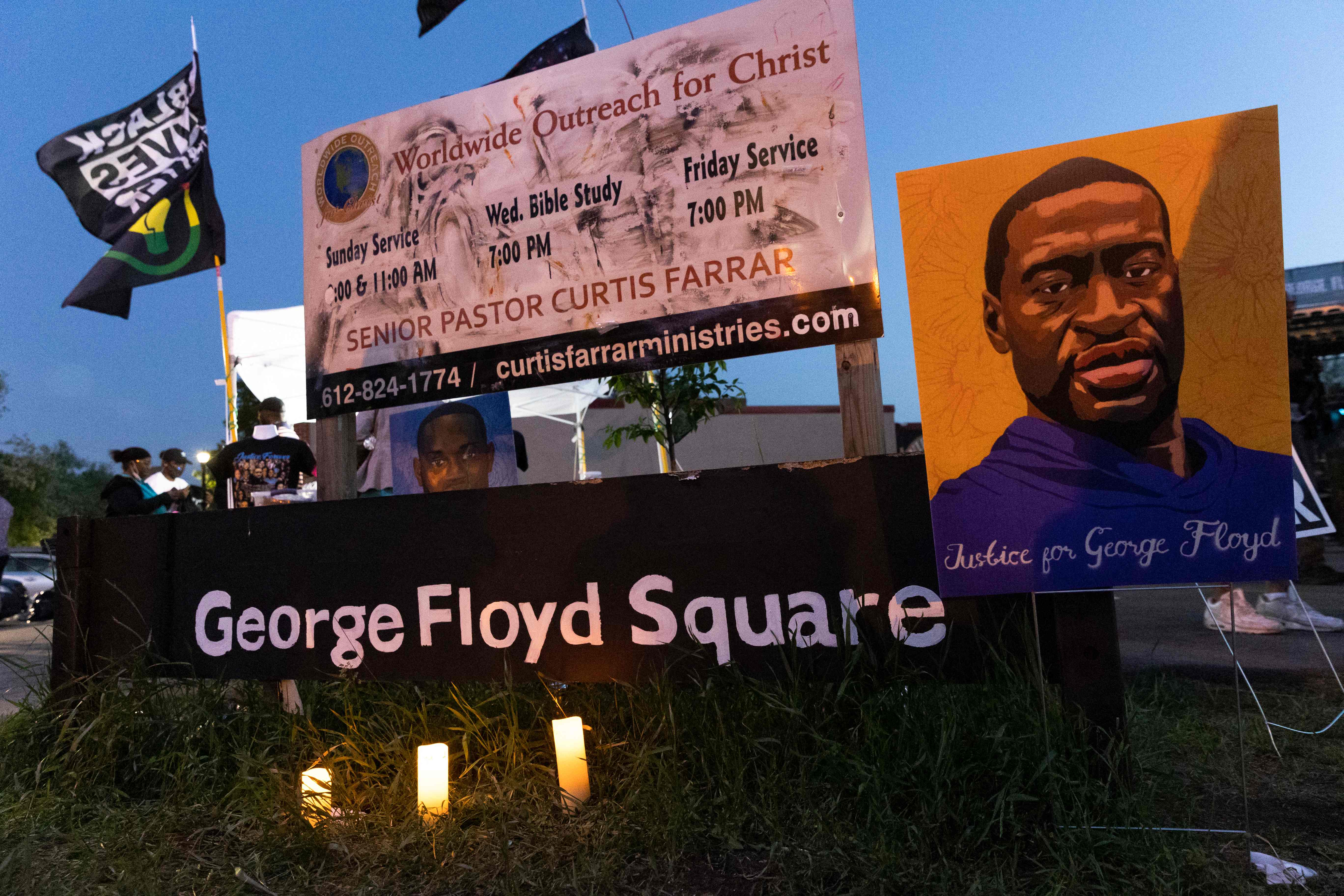 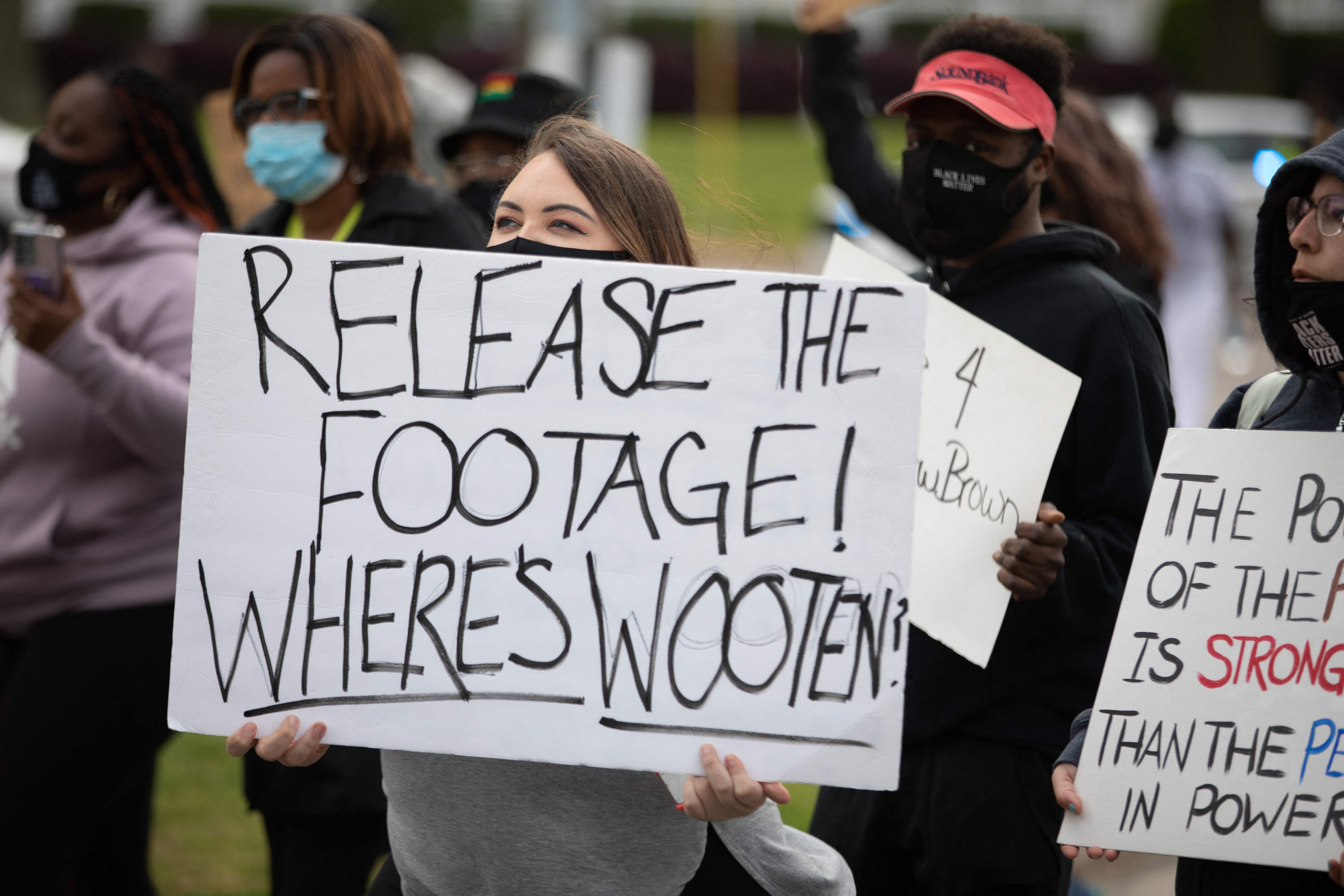 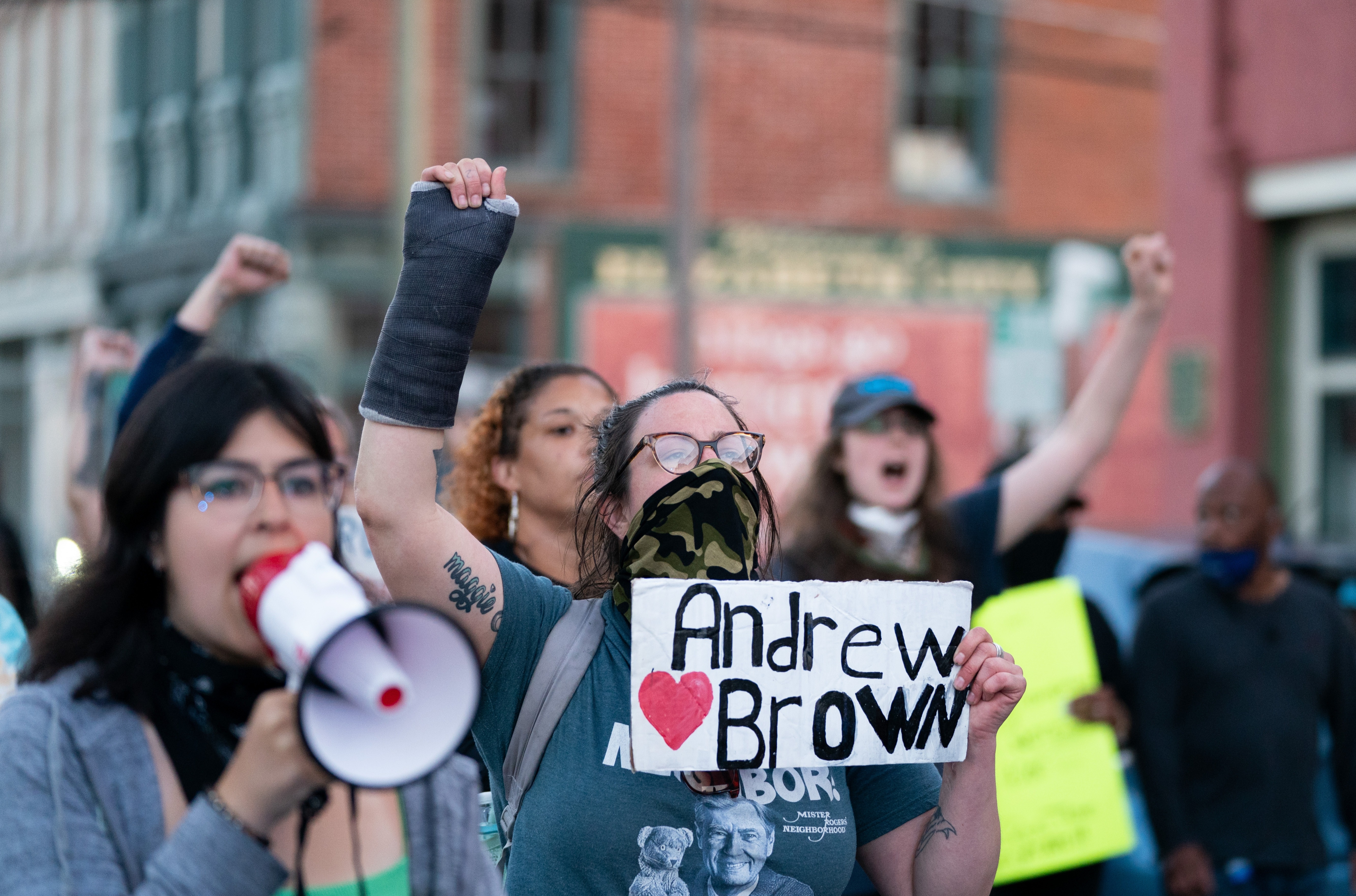 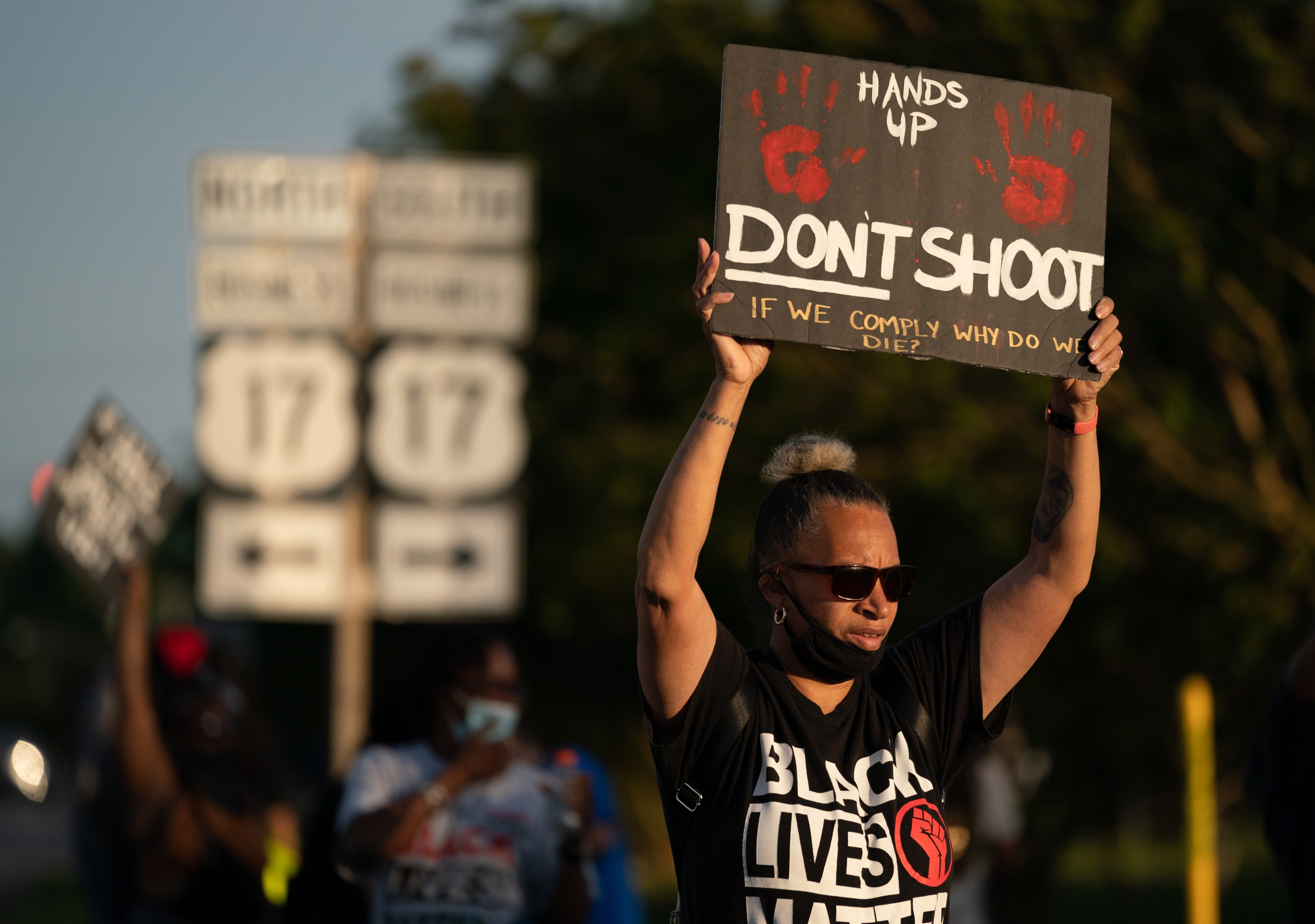