Mr Lansman pointed out that Mr Corbyn will be nearly 73 by the time the country goes to the polls again in 2022, saying ‘who knows’ if his health will hold out.

He also insisted the campaign group he founded to support the veteran left-winger will outlive his political career.

The comments come as Mr Corbyn faces fresh questions about his leadership in the wake of lacklustre local election results last week. 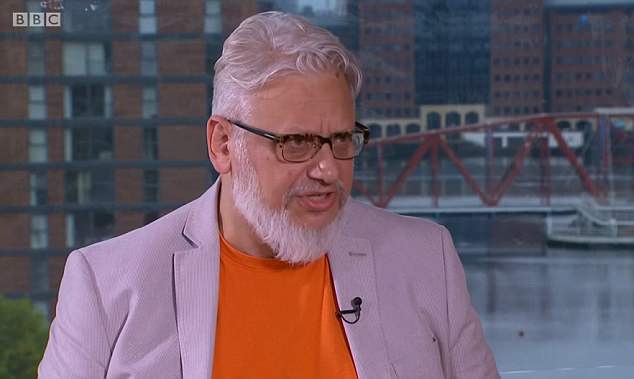 Jon Lansman (file picture) pointed out in an interview with Politico that Jeremy Corbyn will be nearly 73 by the time the country goes to the polls again in 2022, saying ‘who knows’ if his health will hold out

Labour fell short of making significant gains from the Tories – despite council elections traditionally being an opportunity for votes to give the government a kicking.

Having talked up its prospects, the party failed to take London strongholds of Westminster and Wandsworth from the Conservatives.

In Barnet defeated Labour councillors squarely blamed Mr Corbyn for his weak handling of a stream of anti-Semitism allegations.

The party even lost ground in bellwether areas like Nuneaton and Dudley.

Mr Corbyn insisted the results last week were ‘solid’ and denied that he had ‘peaked’ as an electoral force.

In an interview with Politico, Mr Lansman stressed his support for Mr Corbyn – despite the two striking different tones in response to the anti-Semitism crisis.

He said there would ‘not be any voluntary departure before the election’ and the Labour leader ‘wants to be prime minister for a bit as well’.

But Mr Lansman said he was looking to prepare Momentum for the period after Mr Corbyn’s leadership.

‘Over time, Jeremy will eventually go and if we survive we have to work out a new way of living without the same kind of commitment to the current leader,’ he said. ‘We want to make sure it’s democratic before he goes,’ he said.

‘He’s of an age where he is incredibly fit and well today but who knows if he will be in six months’ time. You cannot predict your health.’

The remarks by Mr Lansman echo the sentiments of shadow cabinet members, who privately question whether Mr Corbyn would be able to commit to serving a five-year term after the general election scheduled for 2022.

He would be nearly 78 by the end of that parliamentary term.