Labour civil war rumbles on: More than 100 MPs defy Jeremy Corbyn’s call to back December 12 election vote as their campaign begins in chaos

Labour began the election campaign yesterday by tearing itself apart after Jeremy Corbyn’s U-turn sparked a backlash from MPs who fear they’ll lose their seats.

The Labour leader was effectively given no choice but to cave in and back the PM’s bill for a snap poll after it became clear it had Liberal Democrat and SNP support.

But he faced dissent from many of his MPs who fear the party could suffer heavy losses at an election dominated by Brexit. 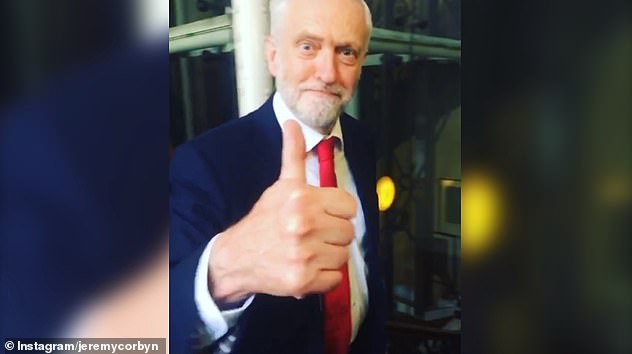 In a short clip, posted to Jeremy Corbyn’s 260,000 Instagram followers, the Labour leader gave a thumbs up to the camera, saying: ‘We’re back and we are ready for it all over again’

Last night more than 100 of his MPs – almost a half of them – defied their leader and did not vote for an election on December 12.

Another 104 Labour MPs abstained in the vote or did not record one for another reason.It meant only 127 Labour MPs voted with Mr Corbyn in favour of an election.

Earlier, senior members of his frontbench team urged Mr Corbyn not to back the poll, fearing dozens of their colleagues could be ousted.

Mr Sheerman frontbenchers and whips were on the verge of resigning over the poll.

He said it was ‘sheer madness to hold the General Election in December and on Boris Johnson’s agenda’, with the party under the twin threat from the Lib Dems – who are targeting Remainers – as well as the Brexit Party.

Last night more than 100 of Mr Corbyn’s MPs – almost a half of them – defied their leader and did not vote for an election on December 12. Another 11 voted no

He told Sky News: ‘The first person I bumped into as I came into the Palace of Westminster this morning said he was resigning as a whip.

‘I’m picking up that there’s deep discontent on the frontbench and in the Whips’ Office.’

He added that Mr Corbyn had only been persuaded to back a snap poll by two of his closest aides, Seumas Milne and Karie Murphy.

‘A clear majority of our Shadow Cabinet were against a December election yesterday but Jeremy Corbyn has been persuaded to override them after interventions from Milne and Karie Murphy,’ he tweeted.

Mr Corbyn was forced to agree to an election yesterday morning after weeks of dithering.

On Monday he said a vote on December 12 was out of the question because it would be too dark for many voters and because some students would no longer be at university.

But yesterday morning Mr Corbyn had no choice but to say the conditions for Labour to back a Christmas-time poll in the Commons had now been met.

‘I have consistently said that we are ready for an election and our support is subject to a No Deal Brexit being off the table,’ he said.

‘We have now heard from the EU that the extension of Article 50 to January 31 has been confirmed, so for the next three months, our condition of taking No Deal off the table has now been met.

We will now launch the most ambitious and radical campaign for real change our country has ever seen. This is a once in a generation chance to build a country for the many, not the few. It’s time.’ 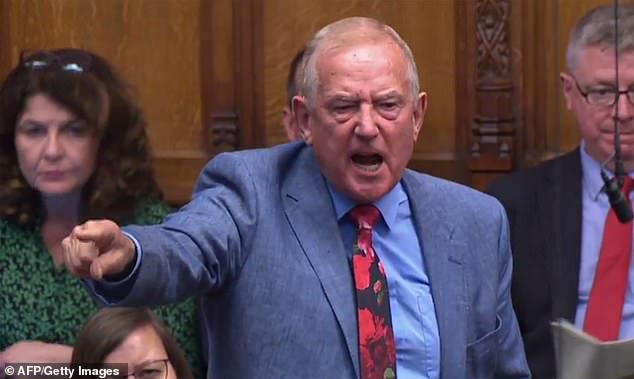 Some 11 Labour MPs, including Barry Sheerman, actually voted against the election 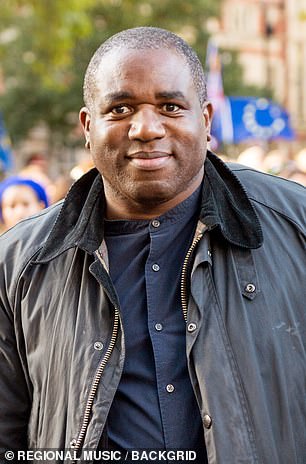 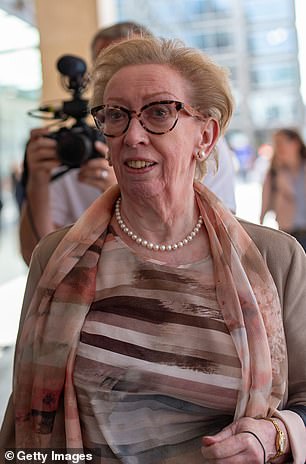 Later a bizarre video posted on Instagram by the Labour leader showed him clapping his hands together and urging his activists to get on the campaign trail with a thumbs up.

The pro-Corbyn Momentum movement pledged to mobilise tens of thousands of activists to knock on doors in marginal constituencies.

Based on US political campaigns, they will host hundreds of campaign events, including phone bank parties, street stalls, rallies and campus events.

National coordinator Laura Parker said: ‘The choice before us all is clear. On one side there is a Labour Party which will invest in hundreds of thousands of good, green jobs, unite our country and bring real change to communities across Britain.

‘On the other side, Tory No Deal extremists, who are happy to sow division amongst us, will sell off our public services and pitch our economy into chaos.’

Yesterday Labour suspended its so-called ‘trigger ballots’ which are being held in constituencies up and down the country to allow members to challenge sitting MPs.

So far only four MPs were triggered and none ended up being deselected. Labour veteran Dame Margaret Hodge survived her deselection vote on Monday night.

It is believed that any outstanding candidate selections will be decided by the ruling NEC. 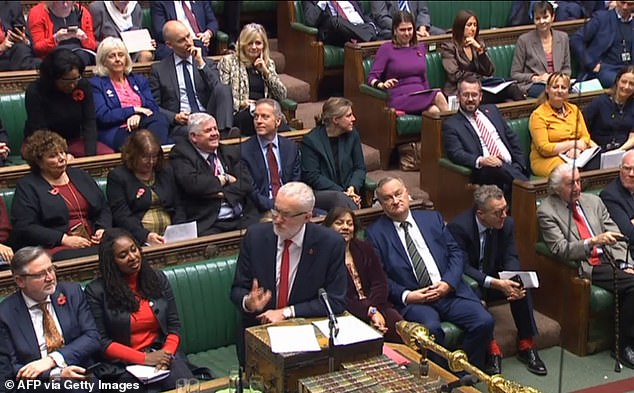 Mr Corbyn in the Commons yesterday, where many of his own MPs ignored his demand to vote with him on a bill calling for a general election