Home » World News » More than 1,800 flights canceled at DIA this weekend due of snowstorm 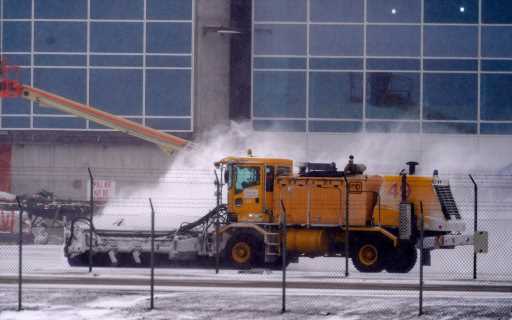 More than 1,800 flights in and out of Denver International Airport have been canceled this weekend because of the impending snowstorm.

On Saturday, 740 flights have been canceled, with the majority of cancelations taking place this afternoon and tonight, said Emily Williams, a DIA spokeswoman. The cancelations are both Denver takeoffs and arrivals.

On Sunday, 1,120 flights in and out of Denver have been canceled, according to FlightAware.

Airlines, in part, cancel flights at airports hit with severe weather so that aircraft doesn’t get stuck on the ground for long durations, causing an aircraft shortage around the country, Williams said. Other considerations include passenger and crew safety.

“We had a busy morning (Saturday) with folks getting out” prior to the storm, Williams said.

Frontier and Southwest airlines canceled most flights out of DIA after 11 a.m. and United Airlines did the same with a bulk of its DIA takeoffs after 2 p.m., Williams said.

DIA averages about 1,600 flights, departures and arrivals daily at the airport prior to the pandemic. That average has dipped to about 1,300 daily in recent months.