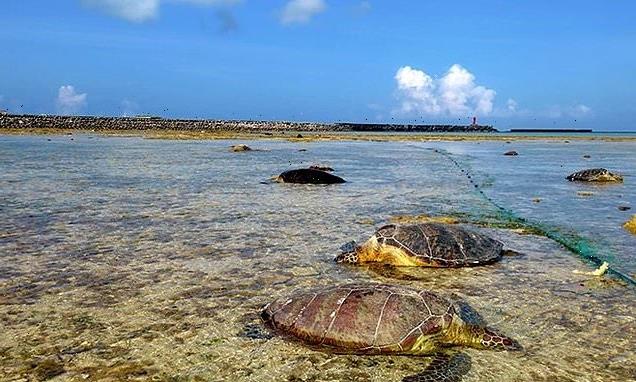 More than 30 turtles are found stabbed on Japanese beach

More than 30 green sea turtles have been found stabbed to death on a Japanese beach.

Locals on the remote island of Kumejima found the scores of animals last week with wounds to their neck and flippers.

It is believed they were stabbed by fishermen who brutally cut them after they got entangled in their fishing nets. 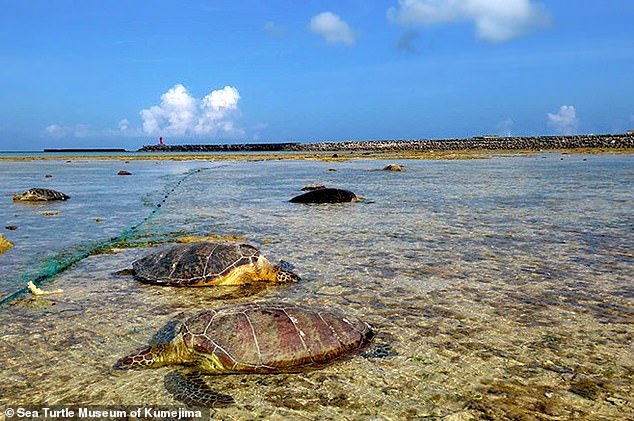 At least one fishing operator has admitted knifing the animals who had become trapped in their gillnets, according to Japanese news site Mainchi.

The unnamed operator said: ‘I disentangled some of the [turtles] and released them into the sea, but I couldn’t free [the] heavy ones so I stabbed them to get rid of them.’

Officers were deployed to the beach last week on the island of 9,000 but it is not known if any action has yet been taken. 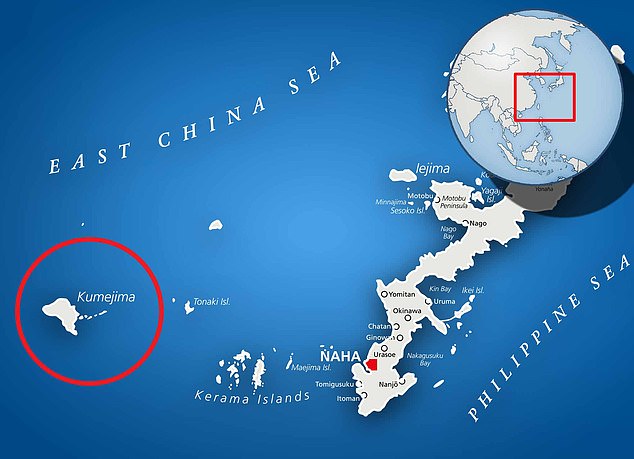 They are often found in the seaweed and kelp beds off the volcanic island 1,200 miles off Japan.

Active conservation efforts have been trying to protect the turtles and staff from the Sea Turtle Museum rushed to the scene last week but most of the animals were already dead.

One employee told the Asahi Shimbun: ‘I have never seen anything like this before. It is extremely difficult to process this.’