Mother-of-one, 26, beaten up after Brexit meeting ‘was attacked for being Labour supporter’ 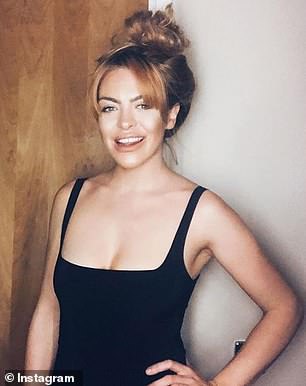 Jade Unal, 26, was attacked by a group of thugs after attending a meeting about Brexit in Wakefield, West Yorkshire

A woman who was kicked in the head and needed stitches believes she was the victim of a ‘political attack.’

Mother-of-one Jade Unal and her mother were cornered by thugs at a working men’s club in Wakefield, West Yorkshire.

The pair had just been to a Labour party talk about Brexit and stopped for a drink while on the way home, reports the Mirror.

Ms Unal, 26, said she now fears for her and her three-year-old daughter’s safety and they have moved into sheltered housing.

She said the thugs must have ‘had their eye on me because I’m quite outspoken.

‘They were calling me a ‘posh snob’, ‘you think you’re better than everyone else.’

Ms Unal said she was ‘knocked out’ in the attack and her attackers claimed to know where she lived.

In a post on Twitter she said that her mother was also injured in the violent attack. 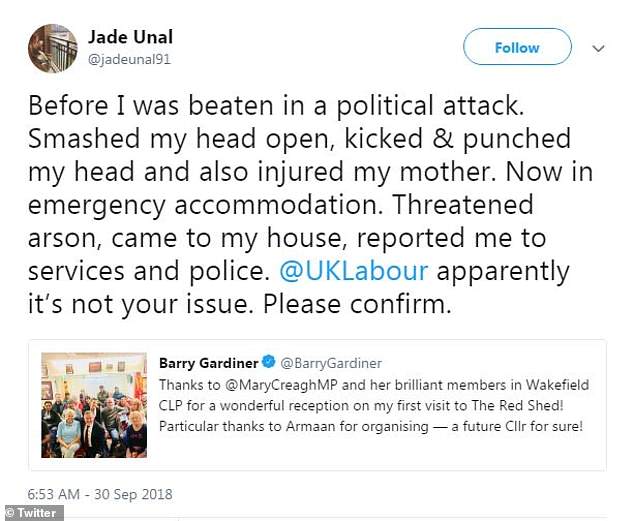 The young mother, who runs a Young Labour section in her area, had been planning to run as a councillor herself in the next local election.

However after the terrifying attack she fears it may be too dangerous to stand. 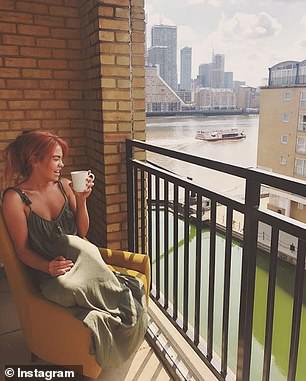 She also told the Mirror that the attack was an upsetting reminder of what happened to murdered MP Jo Cox in nearby Batley and Spen in 2015.

Ms Unal said: ‘My worst fear was for somebody to know who I am and hurt me. It’s come true.’

Wakefield’s Labour MP Mary Creagh said: ‘I was shocked and upset. I am working with her to make sure she gets support she needs.’

However Ms Unal also said she can understand on some level why her attackers might have targeted her as current politics and ‘austerity’ has left people to ‘fend for themselves.’

She said: ‘It’s no wonder they hate politics and those involved.

‘They could have killed me, but I do understand to an extent.’

A spokesperson for Brook House Working Men’s Club in Wakefield said: ‘We are currently investigating what happened and do not wish to make any further comment at this time.’