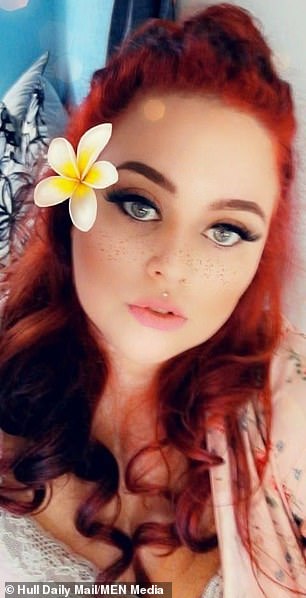 Kelly Barraclough, 32, was handed a closure order stopping anyone from entering her home for the next three months by Hull City Council after neighbours claimed she had wild house parties until the early hours

A mother banned from having visitors in her home has hit back at neighbours who accused her of making their lives hell with boisterous parties.

Kelly Barraclough, 32, was handed a closure order stopping anyone from entering her home for the next three months by Hull City Council.

Residents on Mappleton Grove in east Hull had claimed Ms Barraclough held house parties until the early hours of the morning with attendees ‘screaming and shouting’ and ‘throwing stones’ at people’s windows.

Despite the order, Ms Barraclough says her ‘social gatherings’ are not as noisy as her neighbours are making out.

She claims she is the victim of a smear campaign and has spoken out to dispel rumours she is the ‘neighbour from hell’.

Ms Barraclough said: ‘I know what they’ve all been making out. I had parties but they were at Christmas time – everyone has parties at Christmas.

‘I’ve had people coming round for a drink on a weekend but they’re more social gatherings. It’s just a couple of my friends.

‘I’ve never seen any threatening behaviour and the noise is not always coming from my address.

‘People have got it in for me. I’m part of the community here and the people that are making these statements about me are the ones that no one really likes.

‘I will go out outside, associate with neighbours, have a laugh and sit out on the front.

‘I’m certainly not the first person around here that has been a victim of one neighbour’s complaints. I’m the victim in this sense and part of a wider campaign and there are six or seven other residents who have also been victims.’

Barraclough, who has a six-year-old son, says she is not responsible for damage to a nearby property’s electric meter. 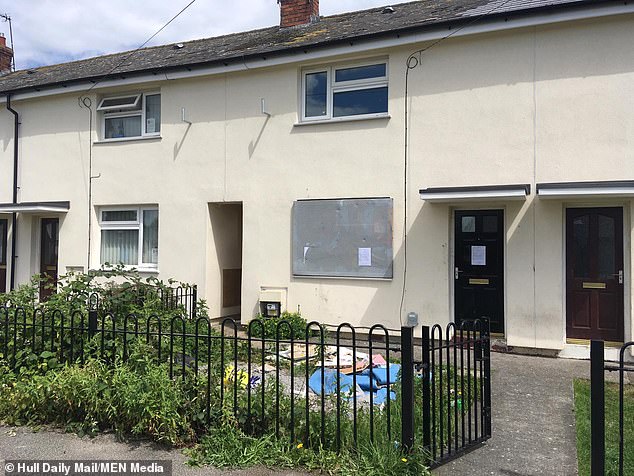 Despite the order, Ms Barraclough says her ‘social gatherings’ are not as noisy as her neighbours are making out. Pictured: Mappleton Grove in Hull, where she lives

She also said she is happy to comply with the closure order as she admitted she is desperate to stay in the terraced house she rents off Hull City Council.

Barraclough said: ‘If I have a couple of people round and it gets a little noisy it doesn’t take much for a neighbour to knock and say “can you be quiet please?”

‘I’ve got this notice now which is fine. I won’t have any people in my house for the next year if I’m allowed to stay here.

‘I know there are problems with next door but I want to build bridges.’

There are piles of rubbish in Barraclough’s garden but she says the recent mess is a result of a clear-out inside the property.

She also says she has recently been burgled with vandals potting her front window, which is now boarded up with a metal shutter.

She said: ‘I came back from somewhere and someone had smashed my window and got in through my back door. It’s just vandalism.

‘My son is living with his dad for the time being because I’m not having him in this house while it’s got a broken window. 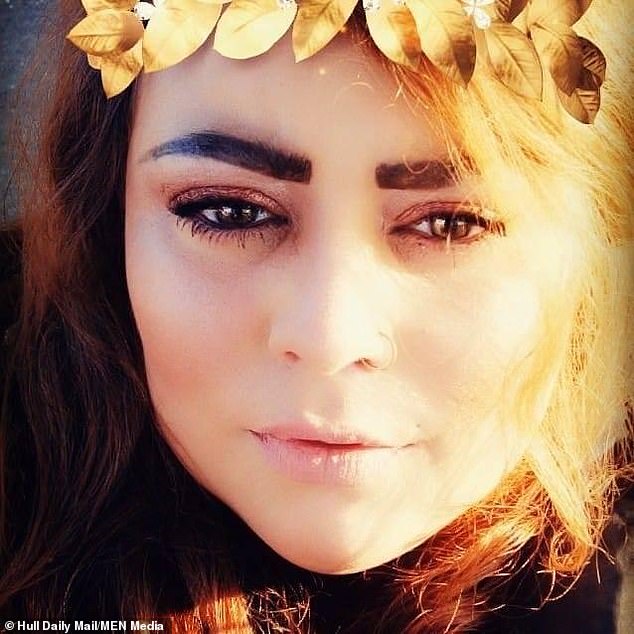 Ms Barraclough said: ‘I’m certainly not the first person around here that has been a victim of one neighbour’s complaints. I’m the victim in this sense and part of a wider campaign and there are six or seven other residents who have also been victims’

‘I want to keep my house and do it up because it’s easier for my son to come back here instead of going through the whole housing process.’

One neighbour said she would ‘do a jig’ if Barraclough left the street, whereas another neighbour said her grandchildren will no longer visit due to the mum’s behaviour.

Barraclough was served with an abatement notice by the council on April 3, 2019, and is due to appear before Hull Magistrates Court on July 5 for five breaches of that notice.

The closure notice, which makes it an offence for anyone apart from Barraclough and her son to enter her property, was granted on June 21 with the court satisfied that the use of the premises had resulted in serious nuisance to the public.

The order will remain in place for three months until September 20 and breaching it is a criminal offence.

Anyone caught doing so risks being fined or jailed for up to six months – or a combination of the two.